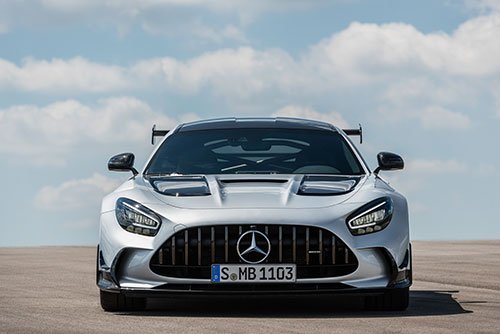 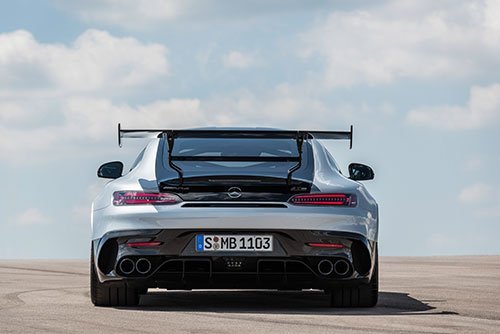 Based on the AMG GT3, the all-new 2021 AMG GT Black Series comes with “the most powerful V8 engine from Mercedes-AMG”. With the new car, the company aims to push the boundaries of what a road-legal car should be, and its looking like they may be onto something.

Speaking about the new car, Tobia Moers, Chairman of Mercedes AMG board said: “I am proud of the team who have created this unique super sports car, which now represents the absolute peak of our successful GT family. The performance, appearance, and driving dynamics of the GT Black Series are second to none.”

Sporting the most powerful AMG V8 series engine of all time, the GT Black Series comes with a flat-plane crankshaft 4.0-liter V8 engine that produces a whopping 720 hp and 590 pounds-feet of torque. The car comes paired with a revamped 7 speed Dual Clutch gear system that channels all the engine’s power through the rear wheels.

In terms of performance, the car does 0-60 mph in a respectable 3.1 seconds, 0-124 mph in just under 9.0 seconds and maxes out at an electronically limited speed of 202 mph. For more aggressive launches, Mercedes slid in a revised Race Start function that takes advantage of the car’s increased starting revs, a more sensitive wheel slip control system, and higher performance tires.

As earlier mentioned, the new AMG GT Black series’ is largely based on Mercedes’ GT3 race car, so naturally, there’s a strict emphasis on things like weight and aerodynamics.

Large side sill panels both at the front and back contribute to an improvement in aerodynamics while the integrated cooling air ducts help with brake cooling at the rear axel.

At the back, there’s a large two-piece carbon fiber spoiler that features electronically adjustable flaps which the company says reduce air resistance while also improving the car’s stability. 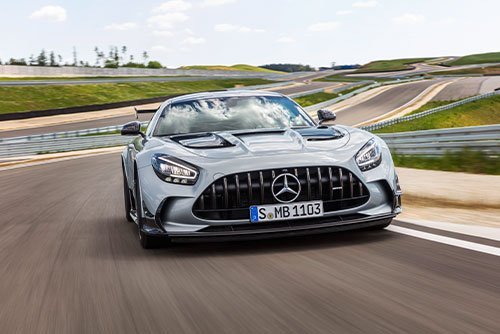 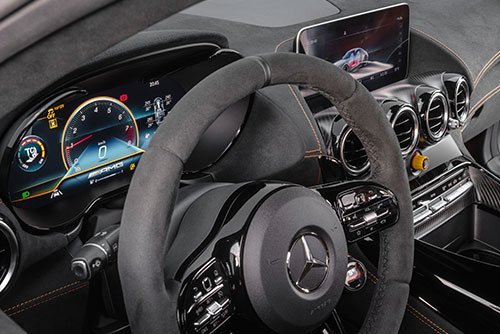 On the inside, Mercedes opted for a combination of Nappa leather and microfiber materials. A comprehensive black and orange theme gives the interior an all-round sporty feel.

The car features a microfiber sporty steering wheel, carbon-fiber bucket seats, or AMG performance seats for the USA, China, and Canadian markets. Also, on the inside, a 12-inch instrument panel along with a 10-inch infotainment system come as standard.

Details about the car’s price have not been revealed by Mercedes, however, the car is expected to go on sale sometime in early 2021. Given the rarity of such cars, remember to pinch yourself whenever you see one at your local racetrack.