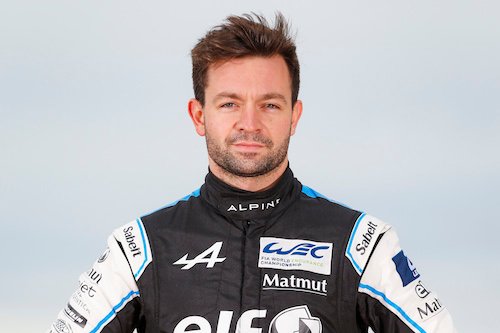 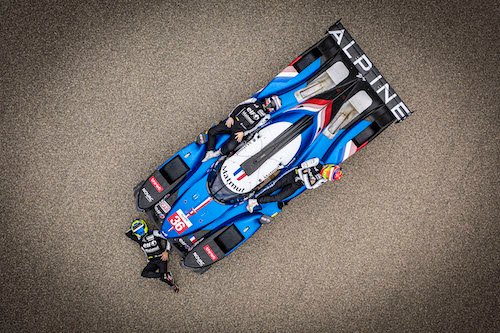 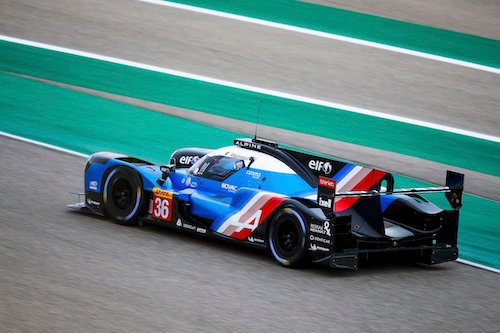 Matthieu Vaxiviere may not be a household name, but this young Frenchman may soon be a homegrown hero for his employer. Vaxiviere joined Le Mans-winning drivers, Nicolas Lapierre and Andre Negrao, in the Alpine LMH team for 2021. Could this French driver driving for a French team win France's greatest motorsport race, the Le Mans 24hrs in the coming years? What a scintilating prospect.

Before he tries to take that accolade, Matthieu sat down with his teammates to speak with Fortloc late in the 2021 WEC season. With Toyota being an entity in a league of one, victories were a dream for the season. Still, the Signature/Alpine squad fought hard. Vaxiviere reflects on his career that has taken him to this point, and shares his thoughts about his future.

So, a short WEC season is coming to an end, how are you ranking 2021 for you personally, and as a team, compared to how you thought the season would go from the start?

Great, good at the end. We are really happy with the result of the season. All the objectives are done, but also, there are still two races, and we hope that we will get one win. I mean, we will go for it, so this will be a good year. We did some perfect races; one was a bit more difficult but, at the end, we did a nice race. And we finished on the objective that was the podium.

2023 is going to be of huge interest to everybody. Are we going to be going into the best era of sports car racing we've ever had?

The new era will be awesome. I mean, [it] will be great for all the endurance fans, and all motorsport. Also us, as a driver and for all the team. All the private teams, that were like in an LMP2. They will make this step. It's wonderful for a lot of people, and it's great to see 25 cars fighting for overall victory in Le Mans. We can't believe it, it's awesome.

What is it that made you have to become a racing driver, why not anything else?

My family was in the motorsport world already. And then I started go-karting because I love all the engine stuff, motorbikes, karting. Karting and motorbikes are the thing that you can do when you are really young. And I did one year of karting, then, after I stopped doing [it for] five years, we [played] football. I was really out from motorsport because of budget and stuff like this. But, I was really bad in football in the end – so I didn't like it anyway.

Then I came back in 2010 with some races in Mitjet, and then after Formula 4, I became a champion, and then I got the opportunity to go higher and higher. I mean, I love my single-seater times; it was really nice as well. But, for sure, endurance is more where you can have a job and a nice career as well.

And sharing some nice moments with some other guys – three different drivers – you become older and older, and you enjoy even more this moment together. Because, at the end, when you got nice teammates, like Nico and Andre, at the end you're not going to work on like on the weekend. I mean you work – but you work on the proper condition. And you go with a big smile to work and to share with your teammates.

Cost is a big barrier to new drivers coming in. How did you find getting sponsorship and your way to bring yourself to a professional race driver?

I mean, at the beginning, when you start, it's a bit of family for sure. But [...] in the past, it was a lot less money. I compare the same championship that I was doing now, and in the past, I mean half price in the same championships. And, for sure, it was a bit of family, a bit of sponsorship, and then I got a bit lucky, and I met someone that would help me in my career from single-seaters until endurance where I work. So, it's really hard – there is not one way to say to the young kid, "OK, we need to do this, you need to do this." We know that it's a barrier for certain [people], but again I can say that everyone knows this, and for sure it's harder.

Now you've mentioned that you like being in endurance racing, more so than single-seater, but if you could go back in time and make a decision to change your career, what would you do, or what advice would you give a younger version of yourself?

I mean, for me, I would change some stuff. I'm really happy about where I end up now. I'm really happy in hypercar; the best category, it's good. But I will maybe change some racing decisions that I did, to win some championship or even more races. But if not, I was pretty happy. I mean it's, it's really difficult to change anyway, this is the path, and you cannot change anyway. So, at the end, now, you are looking in the future.

Who is the best driver you've raced against in any category?

If WEC stopped tomorrow and you had to go and find another series, what would your ideal series be?

If there aren't prototypes, because the question wasn't endurance, it was WEC – I would go to IMSA, or ELMS! There are a lot of competitive series that are high level and professional.