IMSA Racing Covers it All 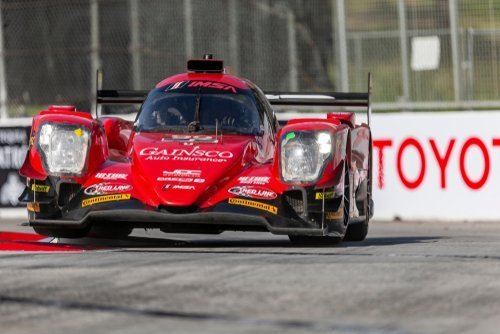 When race fans think about the top motorsports series in America, the obvious two that probably come to mind are NASCAR and IndyCar racing. Toss in the NHRA and the ARCA Racing series, and you’ve probably got most race fans covered. However, don’t count out sports car racing and the International Motorsports Association, commonly known by the acronym of IMSA.

IMSA, as a sanctioning body, has roots dating back to the late 1960’s with ties to NASCAR. Since then, it has become the premier organization governing road racing for professional, semi-professional and amateur drivers unitizing a wide variety of cars.

Since 1969, the IMSA has morphed several times to better define the rules governing the sport of road course racing. Along the way, the organization has had to fend off challenges from other sanctioning bodies that have come and gone. The growth process of the IMSA has also weathered several changes of ownership. 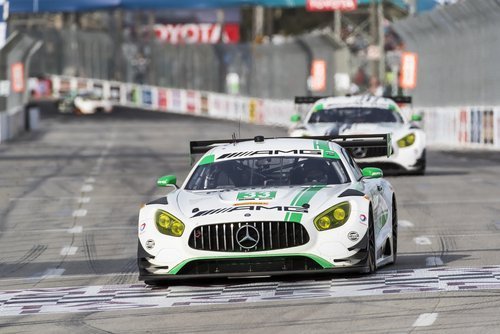 IMSA is to sports car road course racing what NASCAR is to stock-car oval track racing. The organization provides governance/rules to multiple series with several variation, or classes, of race cars. John Bishop, following his departure from SCCA Racing in the late 1960’s, noted the need for a proper road course sanctioning body. He wanted something that was a step above the current opportunities provided by the Sports Car Club of America known as the SCCA. 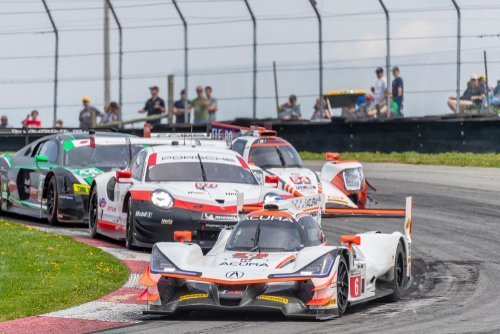 Bishop wanted to incorporate many of the aspects of SCCA racing, such as keeping costs down for home-grown teams, while providing a more professional national status and a step up in competition. Like NASCAR, Bishop wanted to solidify rules that would ensure a more level playing field among the different types of drivers, teams, and cars that entered sports car racing events.

Bishop found a way to start his organization when Bill France, the founder of NASCAR, stepped into the picture. France helped finance Bishop’s IMSA dream and became a majority shareholder during the early days of the organization. The first IMSA sanctioned race took place at Pocono Speedway in 1969 with two classes of cars in front of less than 400 fans.

The series, while small in crowd size, grew as more and more sports car racing enthusiasts entered events that were a step up from SCCA racing. IMSA races were a mix of drivers and teams fielding a wide range of vehicles from modified street cars to custom racing machines. Major manufacturers began to back teams and this resulted in new “classes” of cars being constantly developed. A team/driver could compete in the “Group” best suited for their cars. 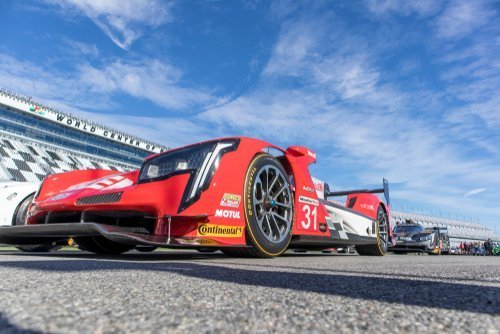 Eventually, the idea of the cars being two-seaters took hold and events such as the 24-Hours of Daytona became national events. Teams coming into the sport were a mix of factory-backed teams such as Porsche, Jaguar, and Ferrari.

Bishop, due to health issues, left IMSA in 1989. Other sanctioning bodies started competing for leadership of sports car racing. These included the SCCA and the United States Road Racing Championship.

Sports car racing was now far removed from its heyday of the 1960s through the early 1980s. Sponsorships, funding and TV coverage feel due to the differences between event organizers and sanctioning bodies. In 1996, the IMSA underwent a name change to the Professional Sports Car Racing Championship, due to a change of ownership.

The Return of the France Family

In the late 1990’s the IMSA faced a challenge from a new organization backed by the France family. The Grand American Road Racing Association, known as Grand Am, was founded by Jim France. The new series gained in popularity with fans and drivers due to cars that were seemingly “low-tech” compared to other sports car series. Plus, the racing was competitive.

One of the popular Grand-Am cars was known as the “Daytona Prototype.” It was a low-cost option for race teams that was still durable on the track. Grand-Am eventually grew large enough to purchase the rival American Le Mans Series in 2012 and eventually merged with the Rolex Sports Car Series in 2013.

During this time, the Professional Sports Car Racing Championship changed its name back to IMSA. The organization again set a goal to become the standard bearer of rules governing the world of sports car racing among multiple classes/groups. Following the merger of Grand-Am Series with the American Le Mans and Rolex Sports Car Series, it was announced that the new group would fall under IMSA management with Jim France as the chairman.

The top-tier series under the IMSA umbrella is the IMSA Weathertech SportsCar Championship series. Races include the Rolex 24 At Daytona and Mobil 1 Twelve Hours of Sebring. In all, the series races on 12 of North America’s leading sports car venues, including Daytona, Sebring, Watkins Glen, Road America and Road Atlanta. Competition includes three classes – Prototype, GT Le Mans and GT Daytona.

The Continental Tire SportsCar Challenge is geared towards race cars that are almost the same as the high-performance cars available to consumers. There are three classes which incorporate everything from sports cars to hatchbacks. Modifications made on the cars are mostly safety related.

The IMSA Prototype Challenge Presented by Mazda series features two classes of prototype cars; the LMP3 Prototype which has a closed cockpit and the MPC car with an open cockpit. The series is for semi-professional drivers aspiring to compete in the top tier Weathertech SportsCar Championship series.

The IMSA Porsche GT3 Cup Challenge USA by Yokohama is a single make series featuring cars from Porsche. The drivers are a mix of amateurs, semi-professional, and veterans. There are two classes of cars, Platinum, and Gold, which is determined by release versions of the car.

The Lamborghini Super Trofeo North American series is one of three series of its type featuring purpose-built 620-horsepower race cars by Lamborghini. The series features mostly drivers in the amateur ranks with hopes of moving up the racing ladder. Races (only six per season) are broken into two timed sections.

The IMSA Ferrari Challenge is perhaps the organization’s purest racing series for amateur drivers that happen to own a Ferrari. The series is part of Ferrari‘s Corsa Clienti program which caters to the needs of Ferrari customers who have a keen interest in racing.