Verstappen Victorious in Hungary as Leclerc Loses Out 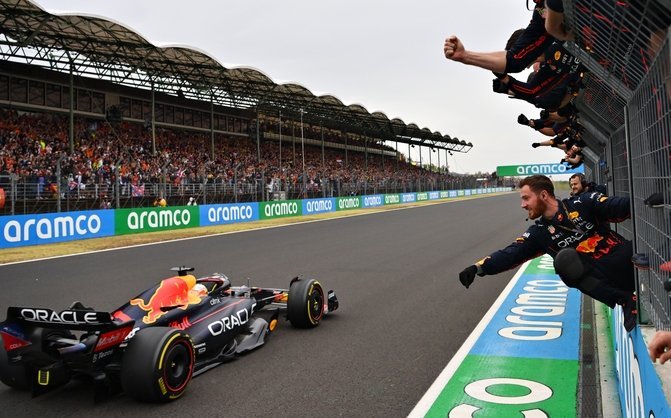 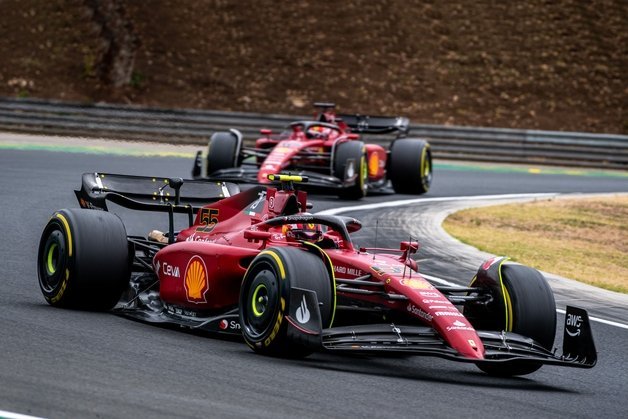 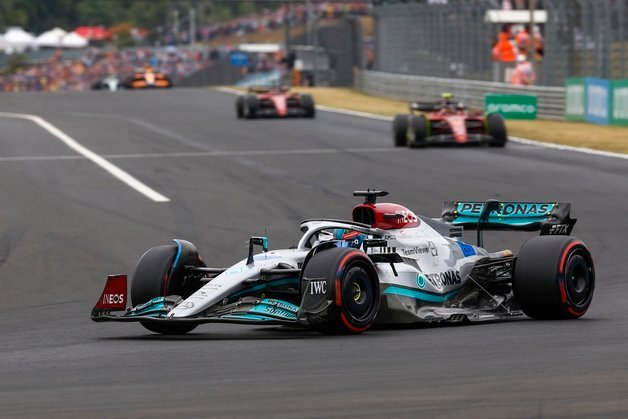 Max Verstappen heads into Formula One's summer break with a massive 80-point advantage over Charles Leclerc after taking a second race win away from his title rival in two weeks. Not for the first time this season, Ferrari has only themselves to blame for losing Leclerc a sure-fire podium finish. They pitted their P1-running driver onto Hard tires and effectively sabotaged the Monegasque's race. In a Grand Prix where the teams pitted multiple tire strategies against one another, Leclerc lost out and eventually finished in P6, losing further ground to Verstappen in the championship.

With the threat of rain in the air, the race began with George Russell leading the field away for the first time in his F1 career. The young Briton had stormed to his maiden pole position in Qualifying, highlighting that Mercedes' double-podium finish in France was no one-off turn of pace. Russell had Carlos Sainz alongside him on the front row, and the Spanish Ferrari driver launched alongside Russell's Mercedes on the downhill run to Turn 1 but couldn't find a way past. Leclerc kept a close brief on the leading two but stayed behind for now.

In the midfield, Lewis Hamilton surged past the two Alpines off the line from P7 in an electric start, while Max Verstappen and Sergio Perez began a fightback from their lowly P10 and P11 grid positions. Esteban Ocon and Fernando Alonso frustrated the frontrunners in the opening laps as they tried to make an optimistic one-stop strategy work. There weren't any heroic wins in Hungary like in 2021 for Alpine, though, and the duo would eventually finish P8 and P9 to grab a handful of points each.

At the front, Russell's Soft tires began to lose their pace as the lap counter ticked into double digits, and the two Ferraris closed in on their Pirelli Mediums. Mercedes chose to pit their lead driver to try and stay ahead on Lap 16, and Ferrari curiously followed suit with Sainz one lap later, even though he still had plenty of tire life left. Leclerc, however, would wait for four more laps before making his pit stop, and his time running in clear air allowed him to pass Sainz when he reemerged onto the Hungaroring circuit.

Leclerc soon began to hassle Russell with much fresher rubber as he went wheel-to-wheel with the Mercedes driver. Russell initially fended off an attack in the first sector from Leclerc, but one lap later, the Monegasque driver used the power of DRS to complete an overtake around the outside of Turn 1 to snatch the race lead. The pace of Leclerc and Ferrari seemed formidable, but the Scuderia would soon become the architects of their own failure.

Verstappen, who started the race on Soft tires like Russell, pitted for a second time on Lap 39 to take his second set of Medium tires and was quickly closing in on the leaders. Nervous about losing out to the undercut, Mercedes followed suit to cover off a Red Bull charge. However, by the time Russell had returned to the track, it was too late, and Verstappen had passed. 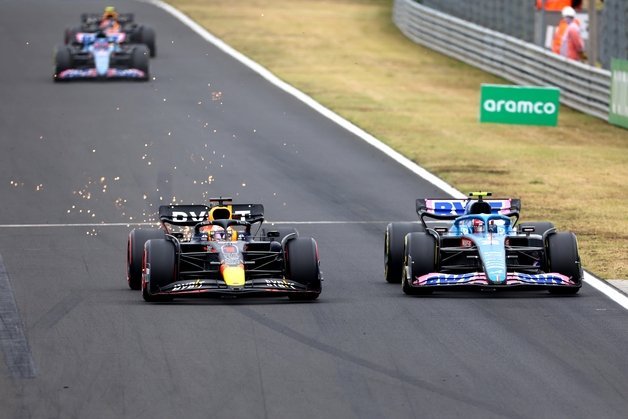 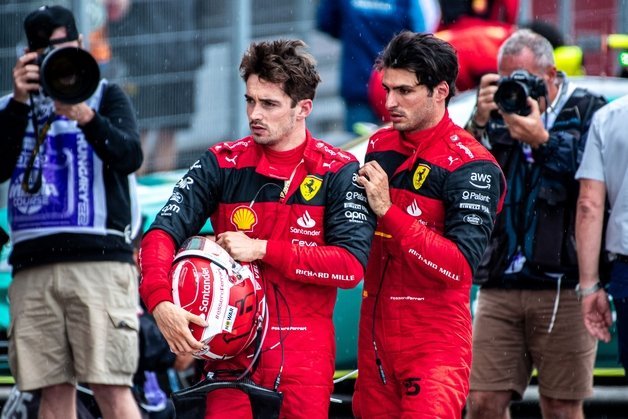 Ferrari, too, had been caught looking over their shoulder. Even though Leclerc had only done 18 laps on his Mediums, his team ordered him to box. With both Ferrari cars starting on Medium tires and F1 stipulating that every driver must run two different compounds, they equipped Leclerc with the less-favored Hard compound to finish the race. It would prove a fateful decision as the defacto race leader suddenly had no traction with the white-walled Pirellis, and Verstappen didn't take long to close the gap.

A slicing move down the inside of Turn 1 handed Verstappen the place, but only for a lap. Max's race had gone well, but he had to recover from a spin on the exit of the penultimate corner in his pursuit of Leclerc to show he was still human. That the error barely made any difference to the champion's race shows his speed, and before long, he had the Number 16 Ferrari in his sights once again. This time Verstappen opted to go wide at Turn 1 and cut back on the run into Turn 2, taking the position with little resistance.

Sainz, then Hamilton pitted from the lead for their scheduled final stops onto the Soft tire, and Verstappen led the race. Meanwhile, Leclerc lost even more time and fell behind Russell down the pit straight, causing Ferrari to pit him for the third time to get him off the Hard rubber. The stop relegated Leclerc down to P6, and his final set of tires helped, but not enough to recover any lost ground.

Hamilton, however, became the fastest driver on the track with his set of Soft tires for the final 20 laps. He didn't take long to close in on and overtake Sainz for P3 and then Russell for P2 to hand Mercedes their second double-podium finish in two races. After a rocky start to 2022, Hamilton has made it to the rostrum for five successive races.

The jubilant scenes at Mercedes were no match for the delight and relief over Verstappen and Red Bull's team communications. At a track that is notoriously tough to pass on, the championship leader would've expected to be in damage limitation mode from his tenth-place starting position, not cruising to a race win. So, with nine rounds to go in the final championship push after the summer break, it's now not a question of if Verstappen will pick up his second World Championship title but how soon in the season, he'll take his crown.