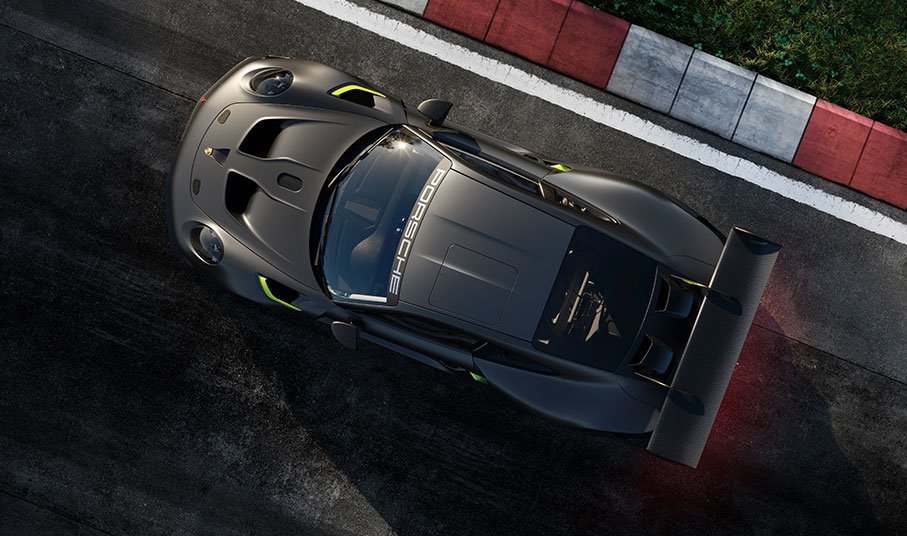 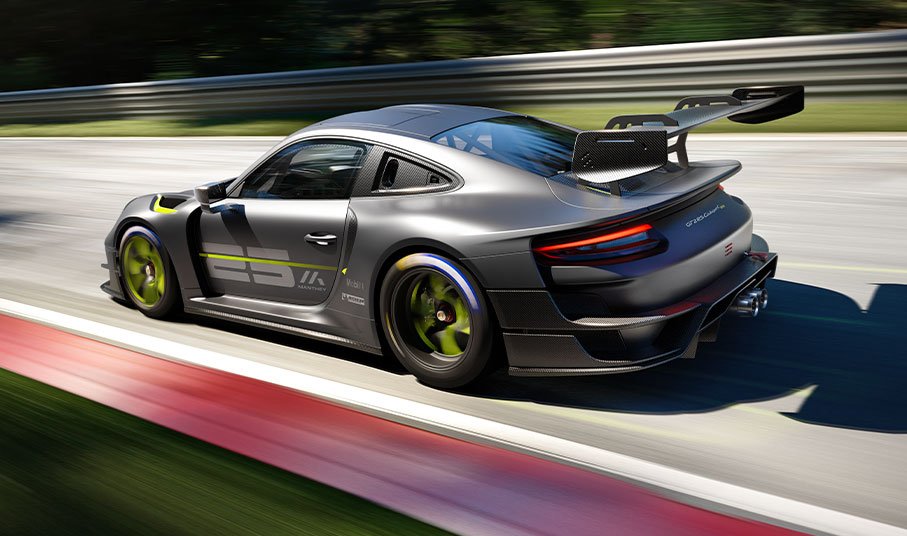 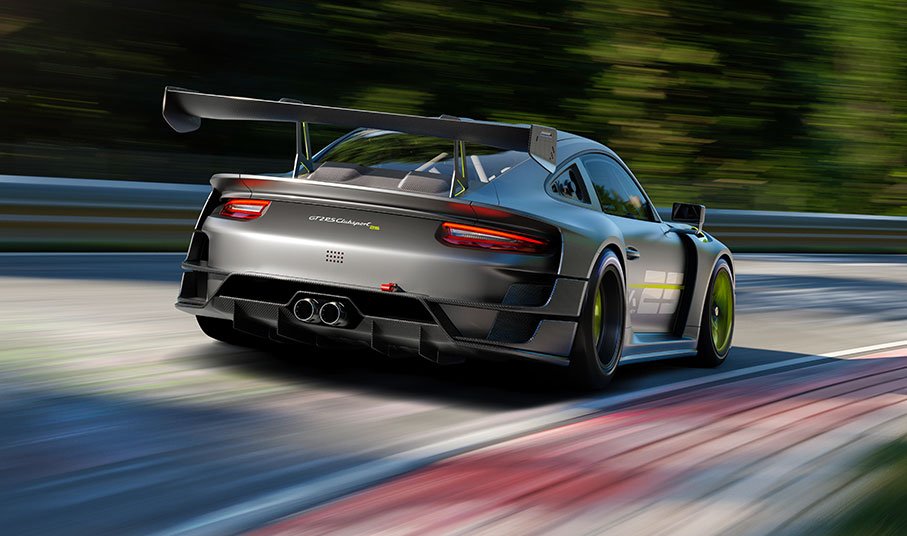 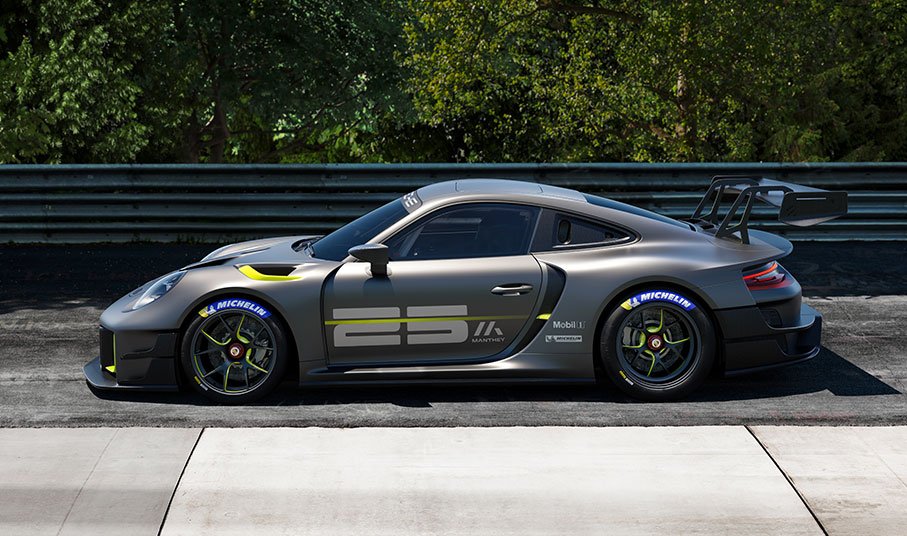 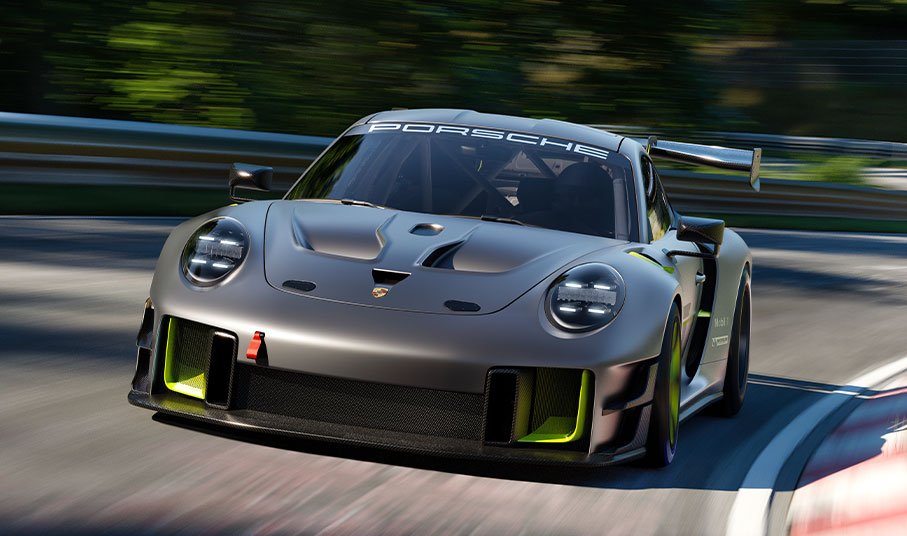 Speaking about inspiration, Porsche mentions that the Clubsport 25 also draws a lot of inspiration from Manthey-Racing’s 911 GT3 R, a race car that sits between the 911 GT3 Cup and the 911 RSR.

Nicknamed “Grello” after its stunning green and yellow color scheme, the GT3 R is a fan-favorite in many racing circles, especially at the Nürburgring. The Clubsport 25 seeks to carry over some of that love, with bright green accents prominently featuring in the car’s largely grey livery. That’s not where the “inspiration” ends though, as many of the new car’s components are ported over from the GT3 R.

Like the GT3 R, The Clubsport 25 comes with a closed underbody, a centrally-positioned NACA duct that supplies air to the cockpit, and two large air vents that carry hot air over the car’s roof to the massive rear wing. Speaking about the wing, Porsche says it now features side plates and swan-neck support brackets to ensure uninterrupted airflow.

The 911 GT3 R’s centrally positioned radiator is here too, and has been credited by Porsche for increased airflow to the engine and better protection against collision damage. A wider rear spoiler, a newly-designed exhaust system and 911 RSR like four-stripe design headlights complete the list of a rather familiar but equally exciting exterior design.

On the inside, the special edition car comes stripped of all luxuries, instead opting for the 911 GT2 RS Clubsport’s clean and functional interior. A centrally positioned bucket seat, an FIA approved roll cage and a unique badge affirming the car’s limited-edition status, are all there is to report. Those familiar with 991-generation track models will immediately feel at home in the Clubsport 25’s interior.

Lest we forget, the Clubsport 25 also comes with the Clubsport’s 3.8 liter flat-six twin-turbo engine that produces an impressive 690 horsepower. The engine’s power is channeled to the new car’s rear-wheel-drive system through Porsche’s in-house seven-speed PDK dual-clutch automatic transmission system. The same found on the 911 GT3 R and GT2 RS Clubsport.

Although all heads should be turning towards the 992-generation 911s, Porsche says that the Clubsport 25 bridges the gap between both 911 generations, and comes with a lot of tech and aerodynamics inspired by both generations.

Porsche says only 30 examples of the limited-edition car will be built with each costing an estimated $600,000. If you’re one of the lucky 30, feel free to send us a track-day invitation to take this monster of a car for a spin. Very few things are better than taking a Porsche race car out on a challenging race track so please remember; sharing is caring.