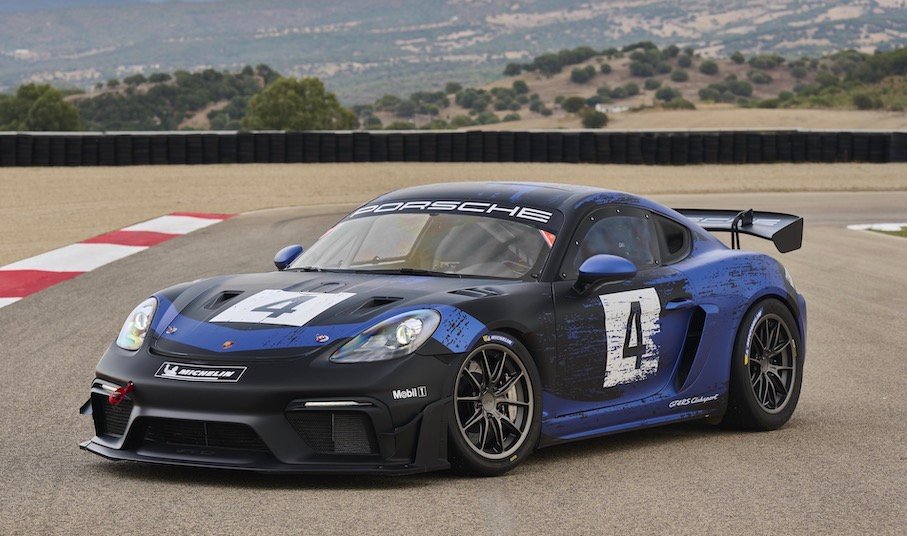 Unveiled at the 2021 Los Angeles Auto Show, the 718 Cayman GT4 RS Clubsport is the track-only version of the recently revealed 718 Cayman GT4 RS. With many years of what Cayman fans claim as “Cayman neglect” by Porsche, it appears that the company is now paying attention.

While it doesn’t vary much from the road-going version, it obviously ships with a few differences to meet racing safety standards. Not to mention, of course, the added extra punch needed for competitive track days.

Unsurprisingly, the best car to compare it with is the 718 Cayman GT4 Clubsport; both cars largely look the same. However, the new RS version comes with a lot of improvements. Let’s get into them.

The most notable difference between the two cars is the fact that, just like its road-going cousin, the new GT4 RS Clubsport is equipped with the 911 GT3’s engine. In this case, though, the engine produces a much improved 500hp, a 75hp gain over the outgoing GT4 Clubsport. 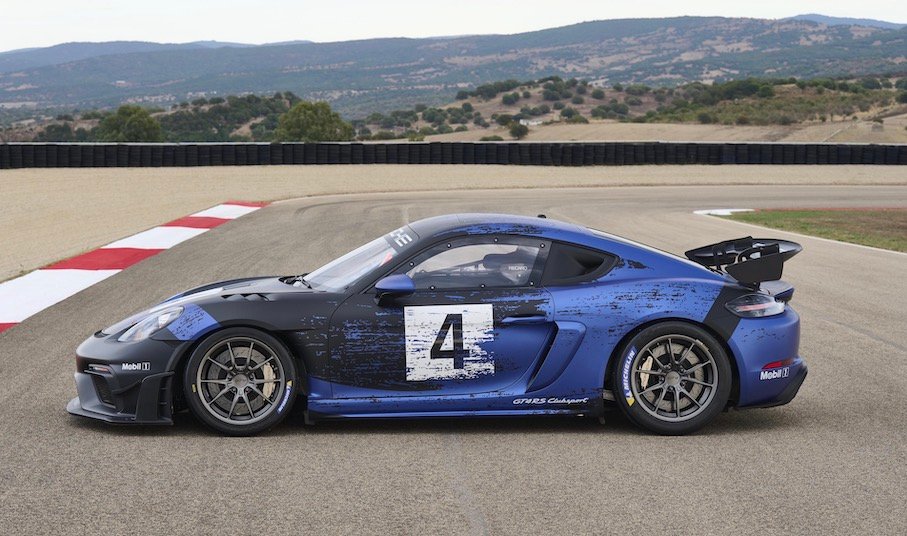 Torque has been increased too, with the new car having a maximum of 343lb-ft. To put that in perspective, the older car came with a more modest 313 lb-ft. Engine revs can now hit the 9,000 rpm line, which, as you might have guessed, gives the exhaust quite a roar.

While both come with Porsche’s PDK transmission, as you’d expect, the new boy comes with an extra gear taking the total gear count to seven. Additionally, all gears feature shorter ratios in the new car.

Porsche didn’t reveal the car’s 0-60 mph time. However, higher horsepower and torque stats indicate that it is surely quicker than both its road-going cousin and the 781 Cayman GT4 Clubsport. 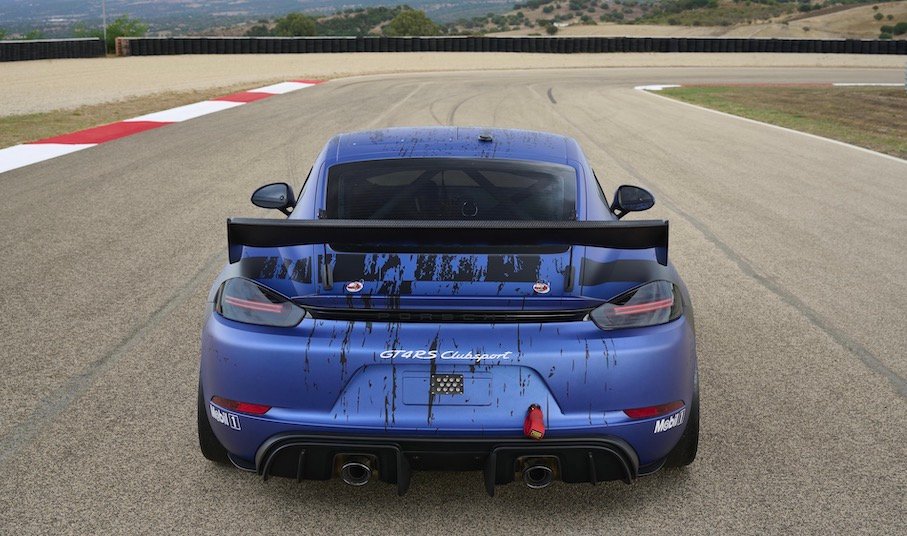 There’s not as much to report on the design front; you’d be hard-pressed to tell the new car and 718 Cayman GT4 apart. Nevertheless, there are a few subtle differences.

A larger front spoiler lip, fender vents, and a now-familiar swan-neck rear wing with a 20-millimeter gurney flap and two additional stages of adjustability are some of the more apparent additions. 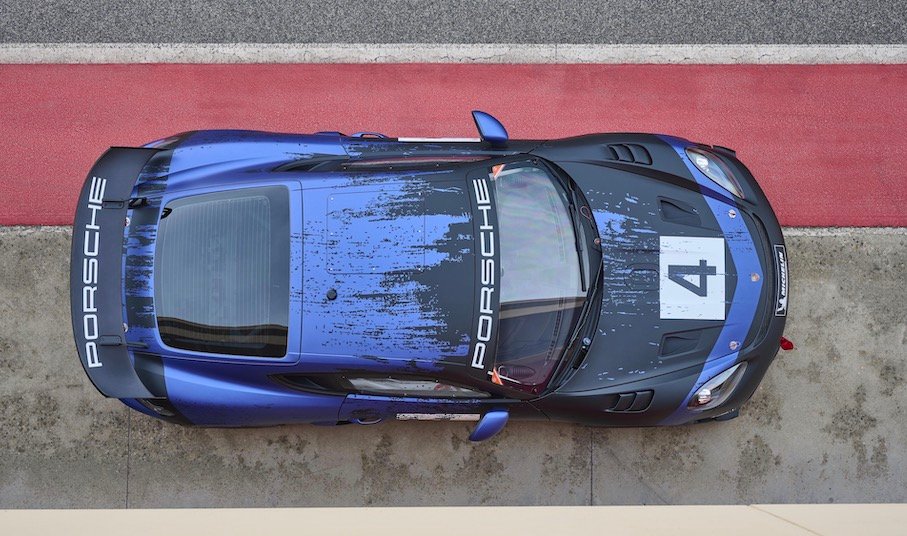 What else is new?

Porsche mentions that they added a better and more enhanced suspension system and that the car’s damper technology “was revised from the ground up.” We believe this should result in better handling and track performance.

Elsewhere, “special” NACA ducts on the front lid supply air to the large brakes. Meanwhile, anti-roll bars and a track-tuned Stability Management System with a switch for traction control, ABS, and stability control also make the list of inclusions.

The Porsche 718 Cayman GT4 RS Clubsport is track-ready right from the factory and meets both FIA and SRO regulations. Owners will be able to compete in next year’s IMSA Michelin Pilot Challenge and SRO racing series. 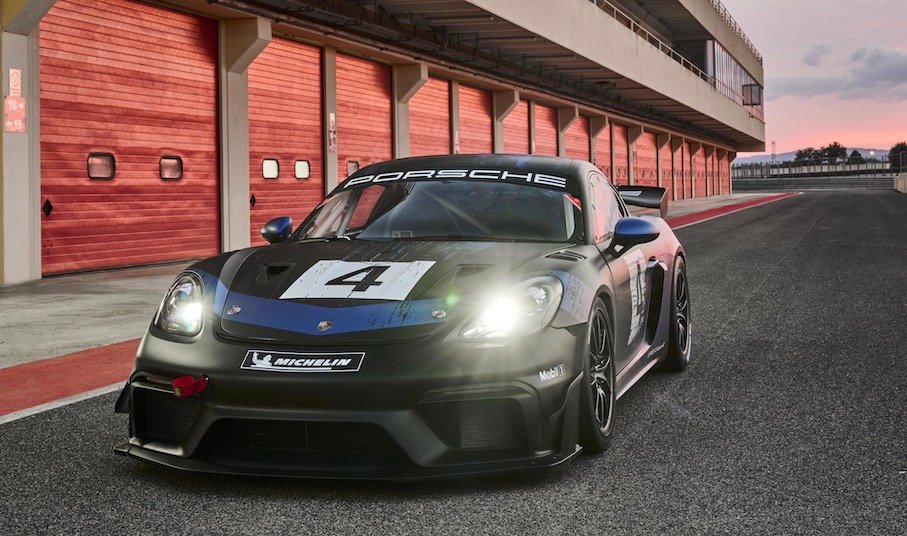 The car carries a $229,000 price tag in the United States and will be sold and distributed through Porsche Motorsport North America.