Petrolheads will find plenty of great reasons to visit the Italian capital. The Autodromo Vallelunga Piero Taruffi offers a one of a kind driving experience. The Museo delle Auto della Polizia di Stato is another can’t miss venue for car enthusiasts.

Types:
Ride-Hailing, Taxi, Bus, Tram, Train
Bus:
Rome has plenty of buses to take you around the city and its suburbs. The buses operate from 5am until midnight. There are a few night buses that work beyond that time.
Train:
The Rome Metro has only three lines. Nonetheless, it reaches the city's most important landmarks.
Taxi:
There are plenty of taxicabs in Rome, and rates are fairly reasonable. You can reach the taxis by phone
Tram:
Rome’s trams are a convenient way to reach most parts of the city. The tram network comprises of six small lines.
Ride-Hailing:
Blacklane, Uber, Free Now
Airport:
Rome-Fiumicino International Airport
Code:
FCO
Terminals:
3

Type:
Ride-Hailing, Train, Taxi, Bus
Bus:
At Rome Fiumicino Airport, there are plenty of bus lines to the city center and the suburbs.
Train:
Leonardo Express is the direct train that connects Rome Airport with the city center.
Taxi:
White taxis are available outside the airport terminals. A taxi trip to the city center takes around 45 minutes.
Ride-Hailing:
Uber, Blacklane
1 equals Carbonara is a traditional Roman pasta dish that is said to be misunderstood by people from outside of Italy. Traditional Roman carbonara is made with a sauce featuring cured pork cheeks known as guanciale, something you might not get in your dish outside of Italy. Tangy pecorino cheese and eggs are also added to make the sauce. Unlike non-Italian carbonara, no cream is used and never should be. The sauce is then served on pasta. If you try authentic Roman carbonara, it will be completely different than any you have previously eaten. The origins of carbonara are unclear, but one story suggests it was first made in Abruzzo by woodcutters in the Apennine Mountains. 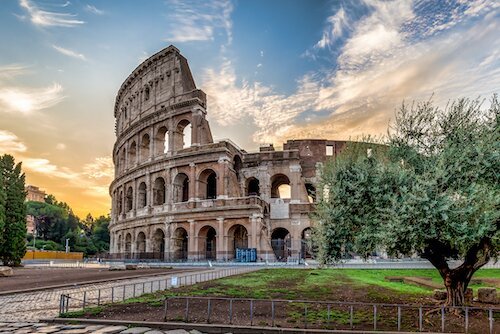 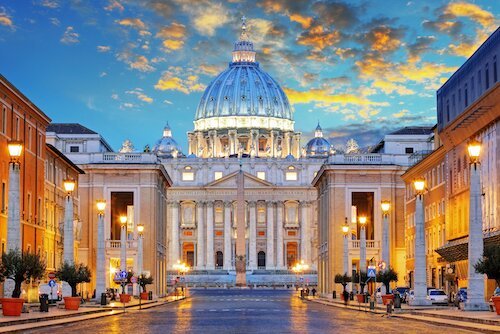 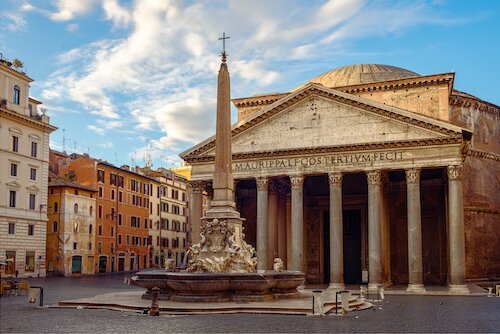 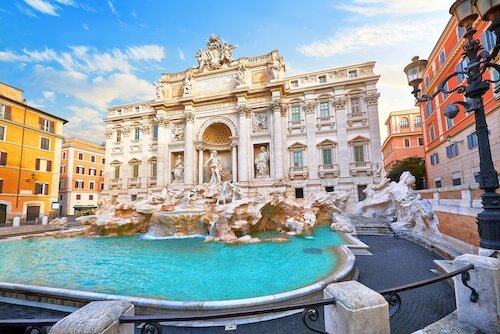 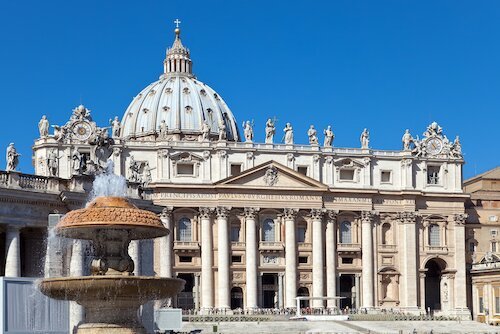 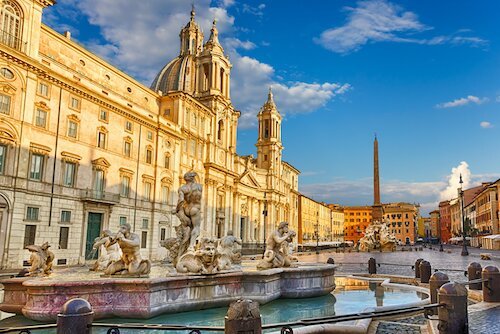 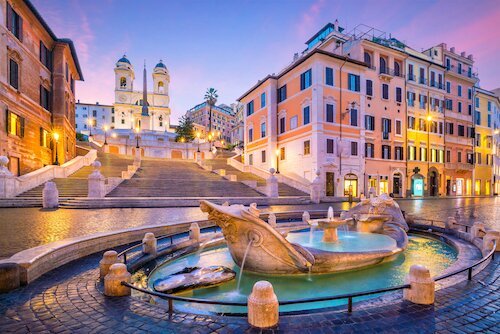 No matter what a tourist’s religious affiliation is, Vatican City is one of the most memorable stops on a Roman holiday. Less than one-third of a square mile, Vatican City is the world’s smallest sovereign state. Despite its size, it provides a wealth of things to see and do. Visitors will be able to peruse the fantastic little shops that sell Pope inspired merchandise as they explore the area. St. Peter’s Basilica, and St. Peter’s Square are both found in Vatican City and are well worth seeing. The lines can be long, so travelers should get there early. Art lovers will find Michelangelo’s famous Pieta inside St. Peter’s Basilica, but the real highlight is Michaelangelo’s frescoed masterpiece on the ceiling of the Sistine Chapel. Tourists will find an assortment of other great museums inside the tiny state.

Located twenty six miles outside of Rome is the Autodromo Vallelunga Piero Taruffi. Petrolheads will find the Puresport Driving Experience at the racetrack, and all their Ferrari, Lamborghini, and Formula One driving dreams will come true. Visitors can speed around one of Italy’s premier racing venues which has been recently renovated. Drivers will test their mettle on the 2.5-mile track with 15 turns taken at high speeds. Qualified race instructors teach new skills, and help improve on existing driving abilities. No matter which supercar drivers choose, the Puresport Driving Experience will satisfy their need for speed.