Madrid – The historic center of Spain 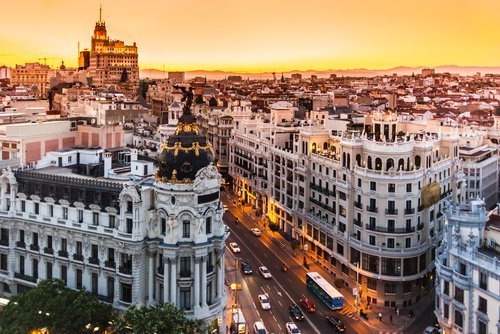 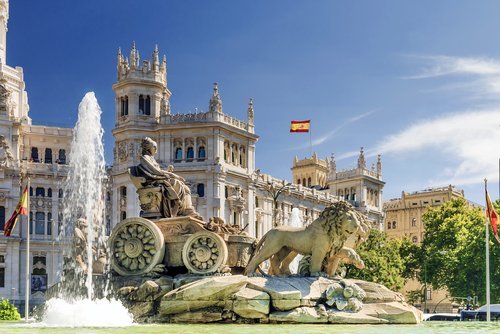 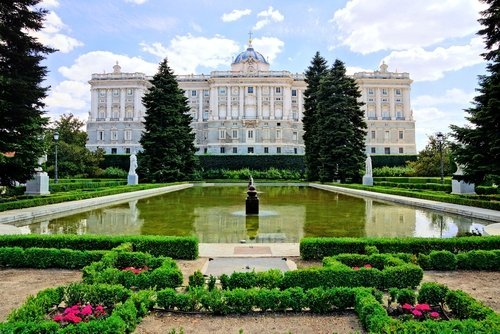 Madrid doesn’t get the praise that fellow Spanish travel destinations receive. Located in the middle of the country, Madrid offers hot summers, and cool winters and it is miles from the coastline. While southern and eastern Spanish locales have plenty of beaches, Madrid has its own fantastic atmosphere that trumps many of the sandy shores tourists flock to.

The Spanish capital has plenty of history for culture vultures to lap up. Museums, beautiful parks, and royal palaces are just some of the tourist attractions waiting for visitors to Madrid. Car enthusiasts will have plenty of reasons to spend a vacation in the city as well. Petrolheads can get behind the wheel of a GT sports car or peruse classic automobiles that used to roam the streets of the capital. There is something for everyone on vacation in Madrid.

Bus: Run by EMT (the Municipal Transport Company), Madrid’s efficient bus service is composed of over 200 bus lines found around the city. Train: The Cercanías suburban trains are cheap and fast, making them the best option for getting to and from towns and villages in the Region of Madrid. Taxi: Madrid taxis charge standard rates. They can be stopped in the street and are also available at various taxi ranks. 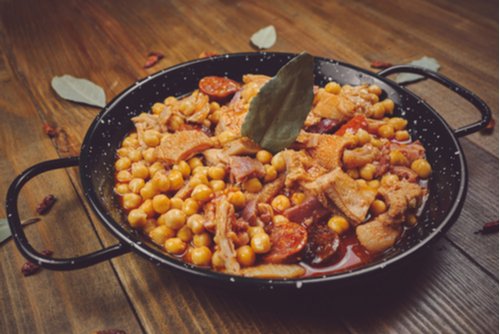 If you are looking for comfort food in the Spanish capital, pick up an order of Cocido madrileño. The hearty stew can be made with various ingredients but is commonly created using chickpeas, chorizo, vegetables, broth, and pork. Cocido madrileño must simmer for around four hours to allow the ingredients to blend. Its robust taste is produced by the combination of ingredients and the long cooking time. Madrid's winter can be surprisingly chilly, with the average December and January temperatures being in the low 40s (Fahrenheit). Cocido madrileño is ideal for those cold days, especially when spending time outdoors. It is believed the Cocido madrileño dish was inspired by adafina, which was made by Sephardic Jews living in the Madrid area long ago. 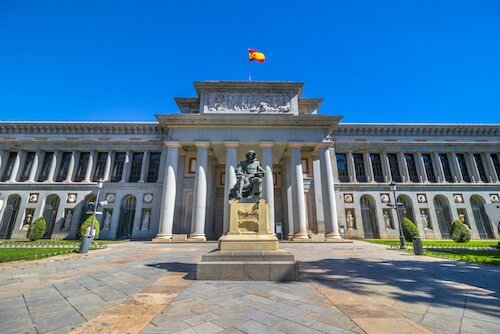 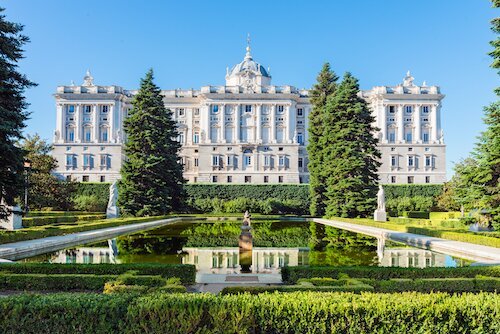 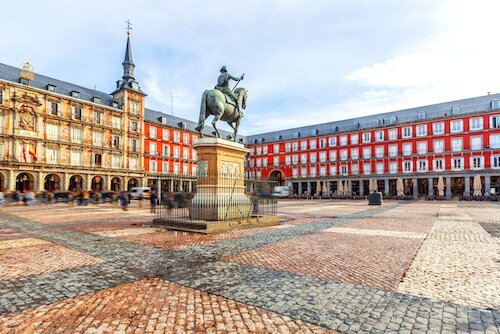 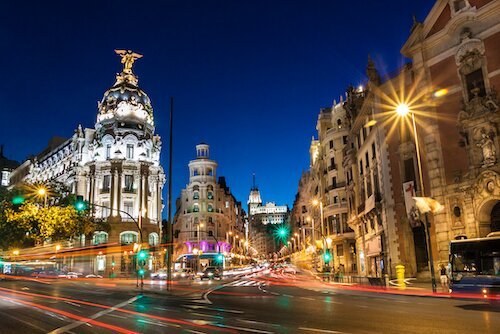 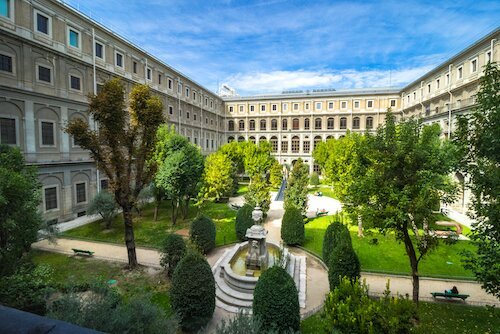 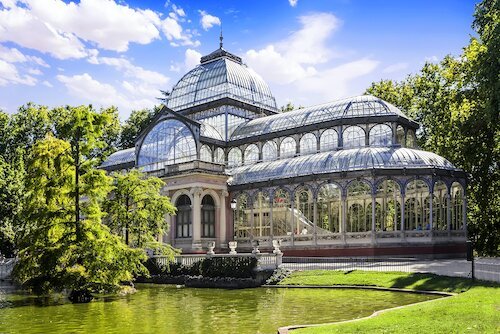 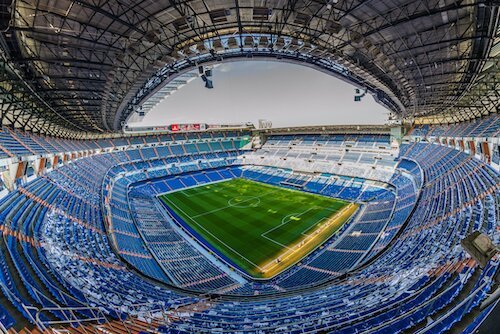 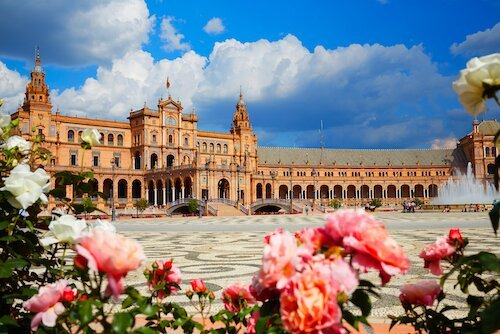 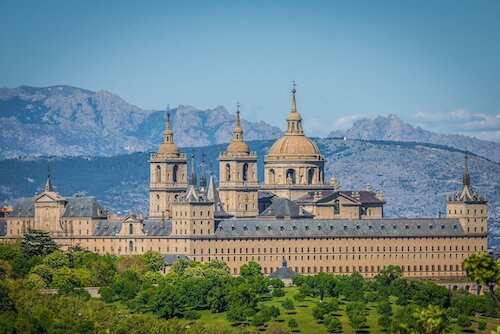 Puerta del Sol is called the “Heart of the City”. It is a hub for locals and tourists alike. Travelers can find links to public transportation to get across the capital or explore the many shops, restaurants, and cafes located around the plaza.

Hotel guests receive a free guided tour and they get to see some of the coolest cars that used to drive the streets of Madrid in the early 20th century. The museum’s vintage cars are accompanied by contemporary images that help tell the stories of the vehicles on display.

Parque del Retiro, or Retiro Park in English, is a beautiful green space located in the middle of the densely populated city. It is a 350 acre park of green grass, lush trees, and a large reflecting pool.

The park is a destination for Madrilenos looking for exercise or an escape from the city’s concrete jungle. Retiro’s various buildings regularly host art exhibits and other functions for visitors to explore. Travelers can hire paddling boats or take a ride on large motorized boats around the reflecting pool. It is a perfect location for anyone looking to get outside and enjoy nature.

The Circuito de Tepesa is home to Formula GT. Just 35 minutes away from the center of Madrid, travelers can get behind the wheel of a superfast sports car. Petrolheads can choose from a Porsche, Aston Martin, Ferrari, or Lamborghini driving experience. Formula GT also offers a number of driving packages that give guests the chance to drive multiple cars. Drivers can also choose snow/ice or drift driving experiences as well. As if this isn’t enough, visitors can also drive a Formula 3 car on the track in an experience that mimics driving a Formula 1 car. Petrolheads visiting Madrid shouldn’t miss the opportunity. 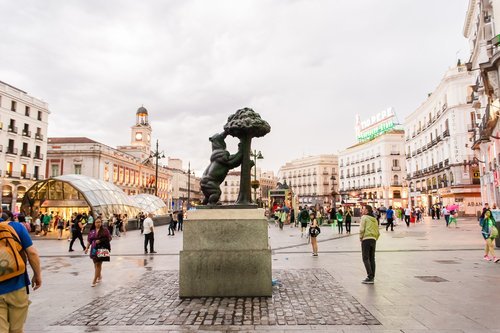 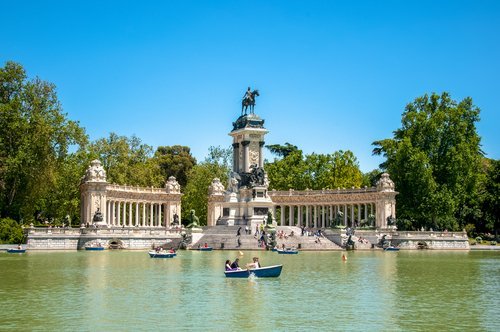 A tour through the Royal Palace takes visitors through Spain’s incredible history. The palace represents a great look into the lives lived by past members of the royal family. Although the current royal family doesn’t call the palace home, it is officially their residence. The palace contains over 3,000 rooms. Some of the most popular sites are the Main Staircase, the Throne Hall, the Hall of Halberdiers, the Royal Chemist’s room, and the Royal Chapel. In 2017, some areas of the palace were renovated into its present look.

It is difficult to recommend just one museum in Madrid for visitors to explore. There are a number of excellent art museums that are a must along with the city’s National Archaeological Museum. The latter was established in 1867 and has artifacts from all over the world dating back to prehistoric times.

The Lazaro Galdiano Museum showcases the private art collection from Spanish financier, journalist, and art collector Lazaro Galdiano. The museum is located in Galdiano’s former residence. The Thyssen-Bornemisza Museum displays European art from the 13th to 20th century. Over 1,000 pieces of artwork are on display giving visitors the opportunity to explore Europe’s rich art history.

Madrid offers so much for travelers to the city. From great car attractions to museums, the city has attractions that will please all who descend on the Spanish capital.