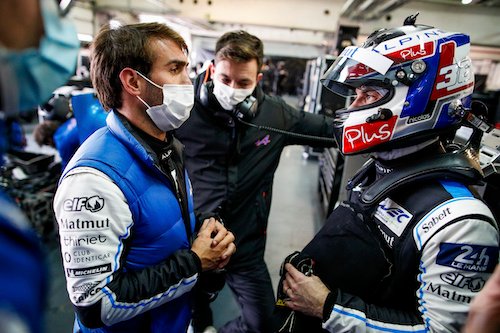 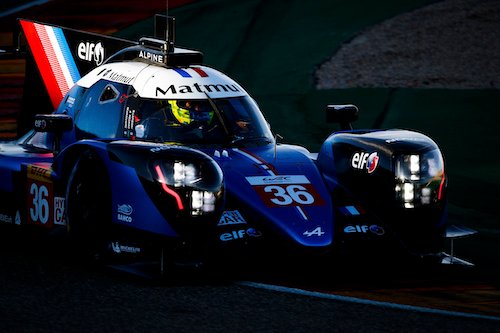 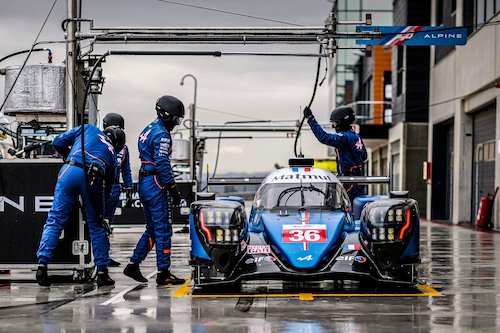 Brazilian racer Andre Negrao took a while to reach his groove, but since he got there, he's never been happier. A spotty career in Formula racing with disappointing championships in Formula Renault 3.5, Formula 3, and GP2, things took a turn for the better when Negrao began in endurance racing. A decision he may wish he made earlier, but something tells us he's just getting started.

Together with long-term teammate, Nicolas Lapierre, and 2021 newcomer to the team, Mathieu Vaxiviere, Negrao is eyeing up glory with the Alpine WEC team. He's already taken the LMP2 WEC title, and two Le Mans 24 hour wins in the same class for Signatech Alpine, he now hopes for success in LMH. Here's what Andre had to say about how he sees the rules, the future, and how he reflects on his journey so far.

How has the Balance of Performance (BoP) with the regulations affected you this season? Do you think it's been balanced as the name should suggest?

It's complicated to understand. The BoP has completely two different cars (the hybrid Toyota car, and the grandfathered LMP1 Alpine car). One is hybrid four-wheel drive, the other one is LMP1. Of course, they create the BoP to minimize this problem, but it's really difficult to put [it] all together. The full tank of the Toyota is bigger than us; they consume less fuel than us, as well. On the other hand, we are lighter in terms of weight, but then they put more ballast in our car. So it's quite complicated, but, in the end, I think the team did a huge job.

Especially in Spa when we picked up P2 and then, of course, in Monza in not the best race for us. Then in Portugal, we make the pole position. Le Mans was complicated for everyone. We never raced in the rain with this car so much, then Nico was starting under the rain, so it was complicated for him. Then some little mistakes during the race as well. But you know, I think again that they make a very nice job. Also, the BoP doesn't help us too much to fight with them [Toyota], but it is what it is. So let's make a nice last two races here in the WEC to see what we can get.

2023 is going to be of huge interest to everybody. Are we going to be going into the best era of sports car racing we've ever had?

I think yes. Now the championship is getting bigger and bigger, so many manufacturers are coming to the WEC again. We can see the list is amazing, some big factories are going back. So I think we have a chance to – I hope – all the three of us to stay in the championship and stay in the WEC to see how we can go and try to fight with these guys for the win at Le Mans.

Do you want to go down the role of your teammate Nicolas Lapierre another decade down the line? Is that something of interest – managing a team?

Yeah, why not? I think because we are almost born in motorsport, so we know a little bit [about] the road that you can go. But I think Nico can tell us better [about] when you make a transition between driver and team manager. I think it's completely different because you have to find the sponsors. You have to find the drivers. You have to know where you're going: LMP3, LMP2 or hypercar, or GT, or [wherever] you want to go. I think it's a more complicated, different approach, different work, compared to the drivers and team managers, but why not in the future?

What is it that made you have to become a racing driver, why not anything else?

For me [...], my family was racing stuff in Brazil [...] when I was born. From then on, as a little kid, I was in the racing tracks following them. Then for some reason, I started really 'old,' let's say, because I started practicing when I was 12 years old, and you see, now, these little kids just started...I don't know 3 or 4 years old. So, for me, I started older, and from then, I just never stopped. I stopped in 2010 because I had a motorcycle accident, for six months. But from then on, it was pretty nice.

When I was in Formula, my results – it was quite... s*** I can say. And then I moved to England, and my life changed completely. And I found myself in this new challenge of my life, and for me was like a glove. I matched where I want to be and make some nice results with the team. So yeah, I want to continue like this and, hopefully, for many years.

Andre, Would you have advice for anybody who doesn't have family interested in motorsport, if they want to get into motorsport?

This is a hard question because if your family doesn't support you, it's kind of hard you know? It's really expensive today to start in motorsport, like in karting, and then you have to go past in the Formulas. So, it's quite complicated. I think you have to find someone [...] for a start; you need your family at least just to start karting. Because you cannot arrive somewhere and ask: "Okay, give me $14,000 to start karting."

You know it's complicated, so if your family doesn't help you in the beginning just to make your dream come true, it's really hard for a kid. If your family doesn't support you to start motorsport, it's complicated because it's so expensive. It's not like soccer that you just put a ball in front of you and just kick the ball. Here you have to buy the helmet, the racing suit, the boots, the car, the engine, mechanics. There's a lot of things.

As you can see, all the three drivers [in Alpine's 2021 WEC team], the families supported us to start. Like my dad and my uncle started when I was born. The father of Nicolas [Lapierre] got him on the karting track. Also, for [Matthieu Vaxiviere]. So, if your family doesn't support you, [...] you stop it.

You mentioned that you like being in endurance racing, more so than single-seater, but if you could go back in time and make a decision to change your career, what would you do, or what advice would you give a younger version of yourself?

It's hard to say, you know. I think I was lucky enough to be in good teams. I'm not sure I would change anything. I switched quite early to endurance racing, which, when I did this, at this time it was not very common, you know? All the single-seater drivers, they try to push as much as possible in single-seaters. Where me, I saw that the door was getting closed in single-seater.

I was not just good enough to go to Formula One. So then I say "Okay, let's try to find another way, another career," and I was like 21 or something like this. I joined, and then I had a very good time. I mean, I raced for Oreca, Peugeot, Toyota – I mean, it was really a great time. Then I joined Alpine, and we had this success in Le Mans, and now it's this new project coming. So, to be honest, I'm very happy, and I'm not sure I would have changed anything if I had to do it again today.

Who is the best driver you've raced against in any category?

I raced against a lot of drivers, like [Daniel] Ricciardo, [Stoffel] Vandoorne, [Robin] Frijns, Jules Bianchi. But I think in my mind now, the one that I that that was magical, was Jules [Bianchi]. You see this guy flying in the qualifying, also in the races. It was like something, something else.

This guy was like proper – like magical. When you see this guy coming, like in Formula Renault 2000 or in the World Series, it was quite impressive. That's the only driver that, in that time, I was like, "Okay, this guy is going straight to F1," because they destroy everyone here.

Does Alpine's current lineup make the best team you've ever had?

Yeah, I think so. Yeah, definitely. Me and Nico, we know each other from 2017, so I know that it should be fine. I know Mathieu from the races, but we never speak or share the car, of course, because when I was with him, I was in Formula. So we don't share nothing. And something that Nico says now is true; in this championship, or an endurance championship, when you're sharing a car and sharing everything, you're sharing the braking points and sharing the pit stop. You're sharing a lot of things! So if you don't match your teammates, it's quite complicated to work.

And from the beginning, when Mathieu came to the team, we are matching from the beginning. We are laughing a lot, we're joking a lot, and when you're doing serious stuff, like qualifying, racing, all the meetings, but it's kind of more – easygoing because every time we are joking. Of course, it's working but it's kind of more easy than when you come to the track and say, "F***! I have to see my teammate and he is a pain in the a**." But in this case, no, it's nice because we stay a lot of time together and we pass a very nice time. So, it's super nice.

If WEC stopped tomorrow and you had to go and find another series, what would your ideal series be?

I would stop motorsport if the WEC stopped. I don't want to go back to the Formula. I'd go back and do other stuff – pilot – whatever.