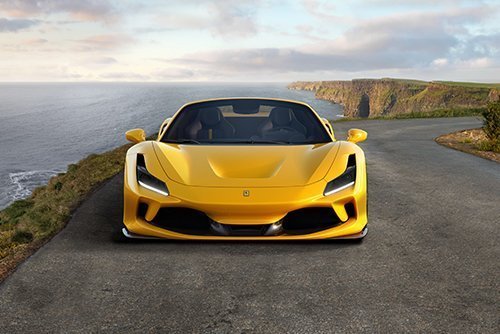 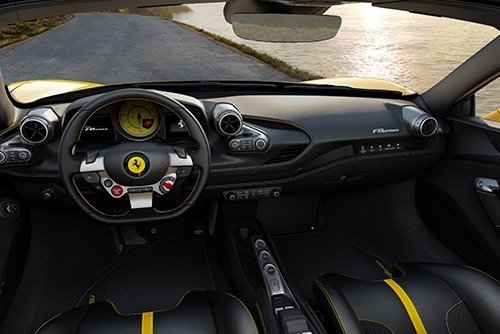 The Ferrari F8 Tributo which was announced at the Geneva Motor Show, is barely six months old. That didn’t stop Ferrari from unveiling the new Ferrari F8 Spider because you know, some Ferrari fans just need more fresh air.

The F8 Spider replaces the 488 Spider. That upgrade gets you more power along with a weight loss of 20kg. If that doesn’t impress you, it’s worth noting that the F8 Spider also has better aerodynamics and is equipped with the new 6.1 version of the Side-Slip Angle Control system.

Predictably, the Ferrari F8 spider comes with the company’s famous twin-turbo 3.9-liter V8 engine which deservingly, has won the International Engine of the Year accolade in each of the past four years.

Ferrari mentions that the F8 spider comes with some newly engineered performance enhancement features that among others include; the Ferrari Dynamic Enhancer (FDE+) and Side Slip control system.

What these basically do is ensure that drivers of the car can push it to its limits while maintaining total control over it, especially when speeding through corners and while braking.

Naturally, the F8 Spider borrows a big chunk of its looks from the F8 Tributo with the main differentiating factor being the F8 Spider‘s electronically retractable roof.

The roof takes 14 seconds for a complete deployment or retraction, and this can happen as long as the car is not moving at more than 45 km/h.

Ferrari’s goal was to design a “stylistic tribute to the Ferrari V8 engine”. This was done by modifying the F8 Tributo styling with inspiration from previously released Ferrari mid-rear engine V8 cars. This revised bodywork improves the F8’s aerodynamics by an estimated 10% when compared to the 488 Spider. 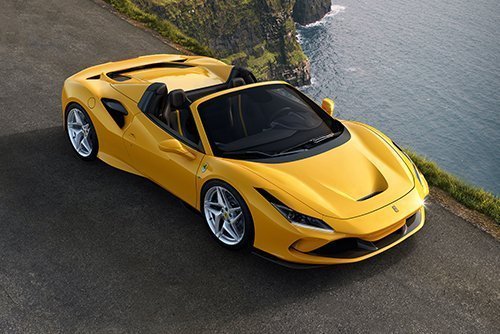 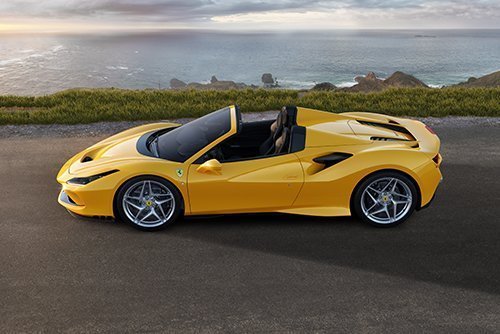 Other stand out features on the exterior include newly designed horizontal LED headlights at the front, a larger spoiler, and a unique roof design that allows it to be stowed on top of the engine.

The Ferrari F8 Spider feels all too familiar on the inside with the company opting for a classic and minimalist layout.

Behind the steering wheel, is a classic gauge cluster and a center-mounted tachometer. The wheel plays host to a group of buttons with different functions. A seven-inch touchscreen display comes as optional for the passenger side.

Most of the F8 Spider’s interior is wrapped in leather. Other parts are finished with aluminum and carbon fiber.

Perhaps we haven’t been paying attention long enough, but Ferrari seems to be knocking it out of the ballpark lately with every announcement. With the release of F8 Spider, the trend is undoubtedly continuing.