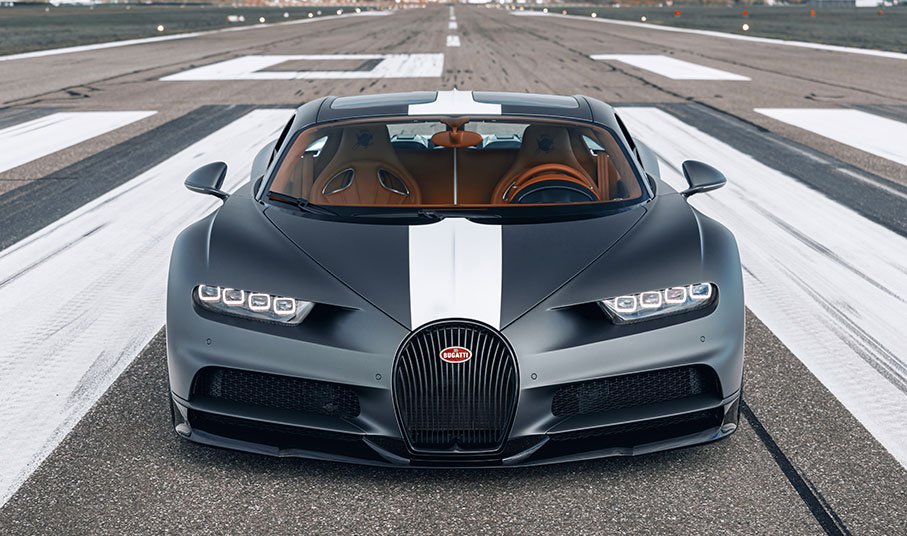 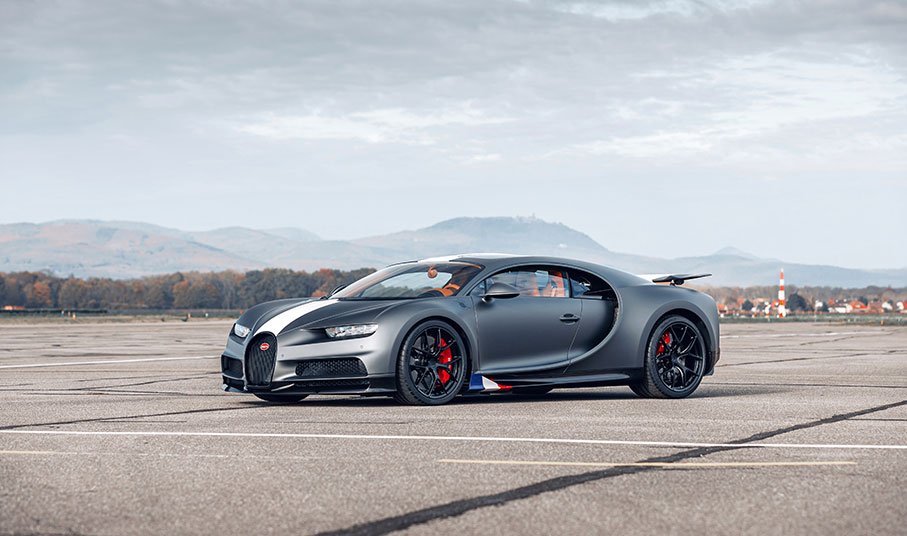 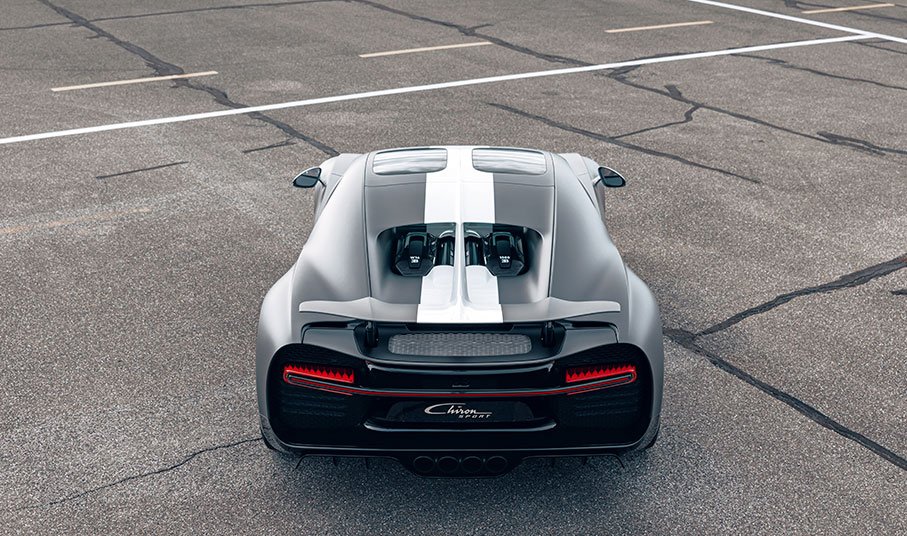 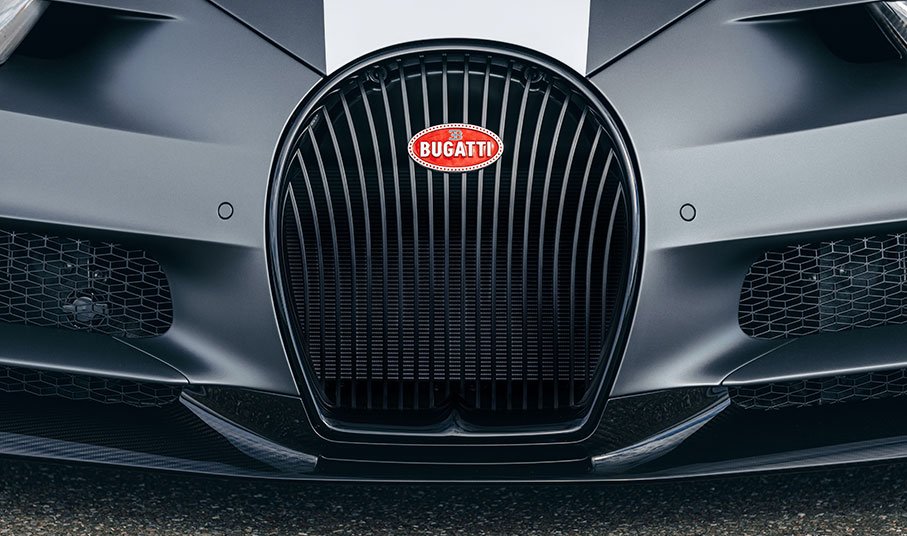 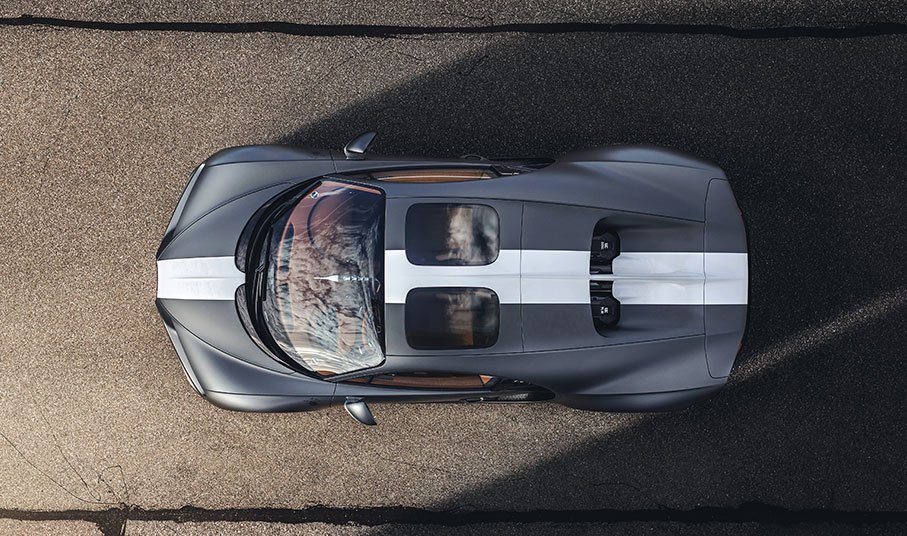 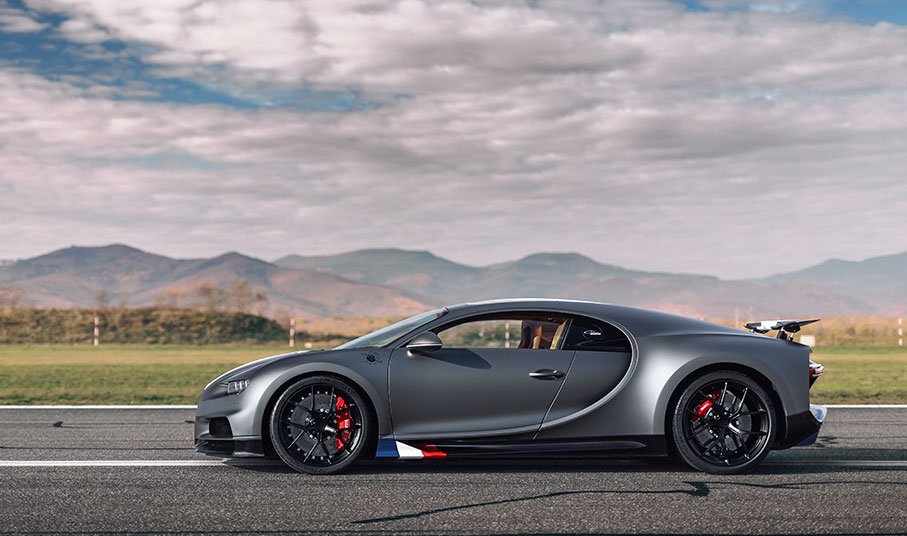 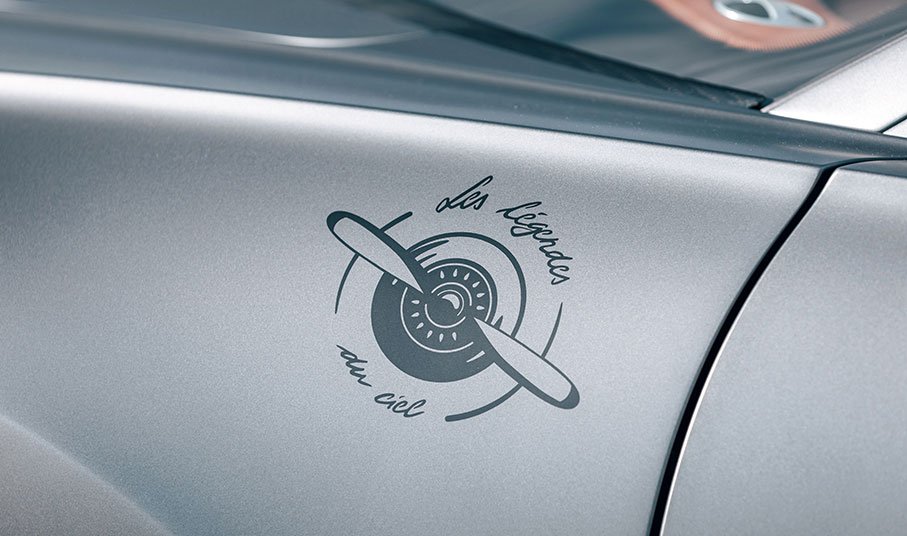 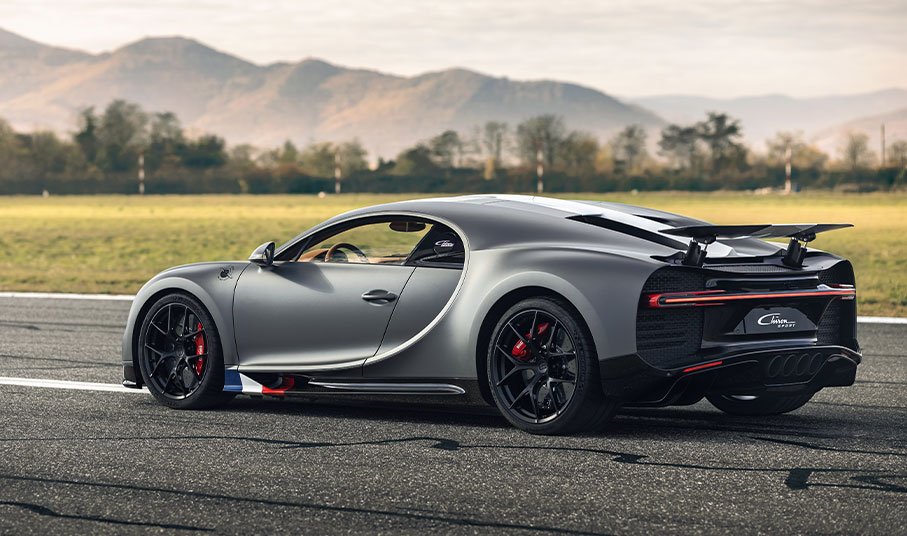 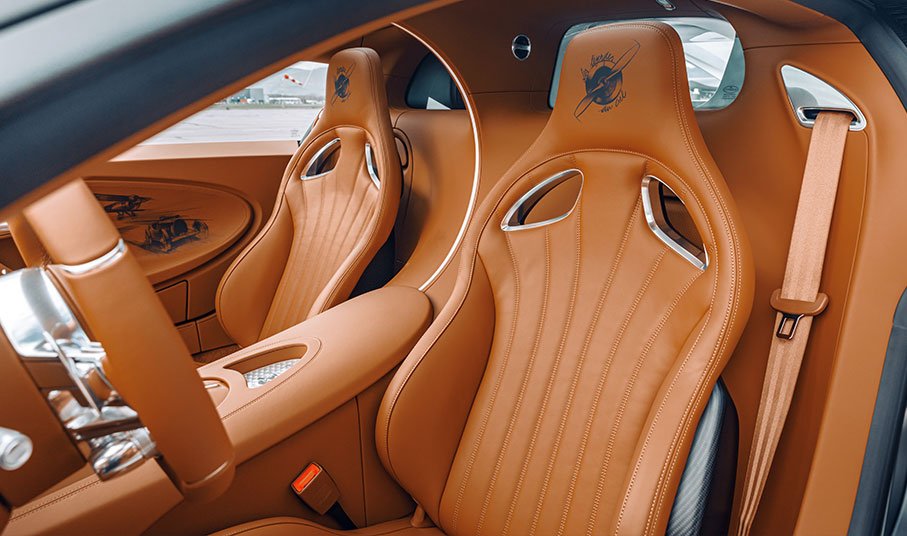 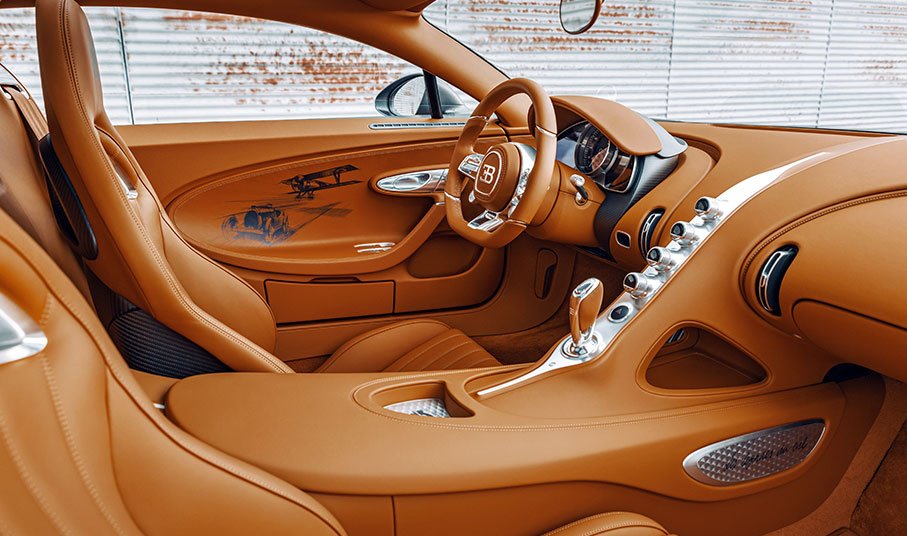 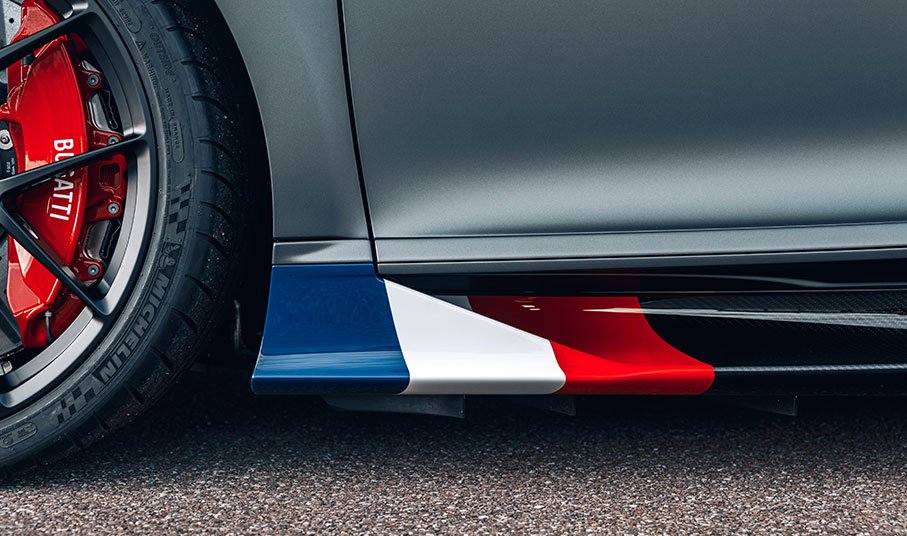 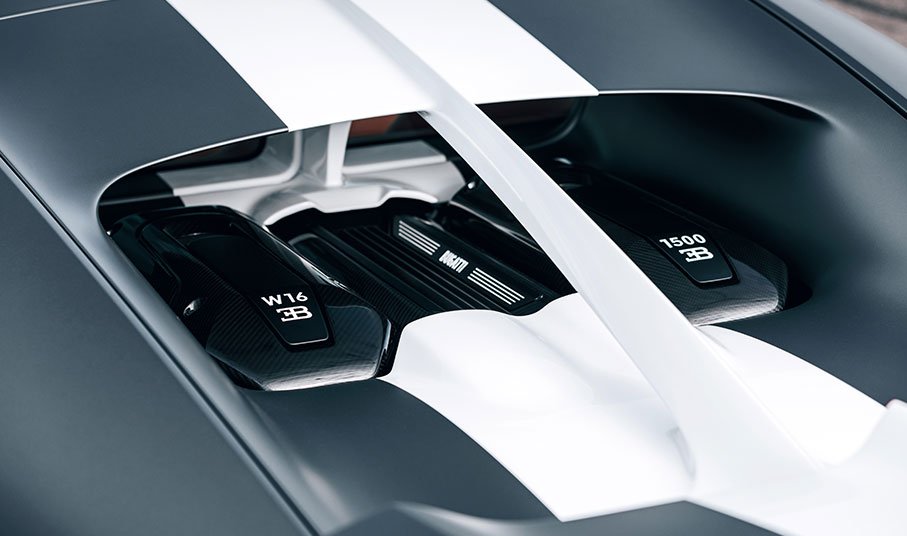 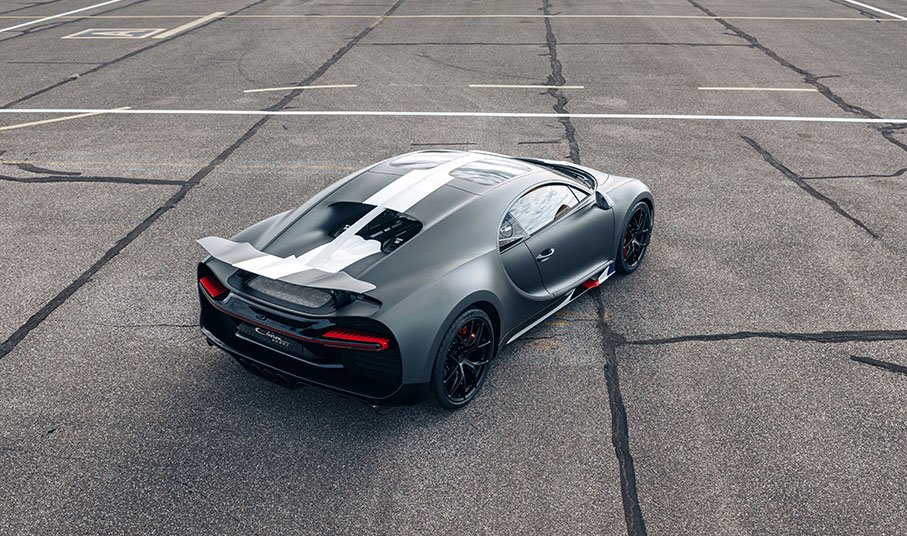 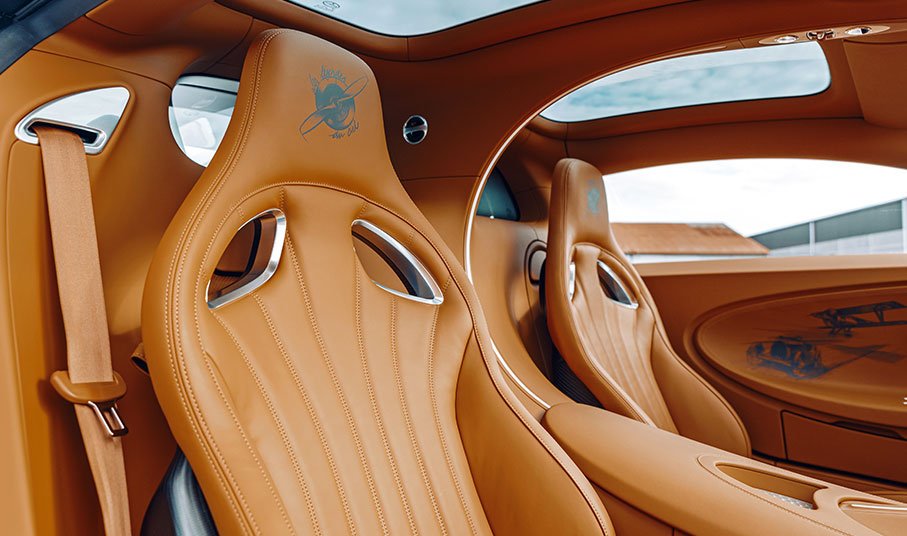 Largely known for its super-fast hypercars production, Bugatti has a long and interesting history in the aviation industry. It’s that history that the Molsheim based company seeks to honor with the introduction of a new limited edition car.

Many of Bugatti’s legendary racing drivers from the last century, like Albert Divo and Robert Benoist, flew for the French Airforce and thus had immense skill in maneuvering aircraft and Bugatti’s race cars. It is these drivers that the new car seeks to pay tribute to.

Aptly named the “Les Legendes Du Ciel” (Legend of the Sky), the car is a version of the company’s all too popular Bugatti Chiron Sport.

The special edition car is powered by the same gigantic 8.0-liter W16 turbocharged engine that produces a whopping 1479 horsepower and 1180 pound-feet of torque. In the Chiron Sport, the engine enables the car to do 0-60mph in 2.3 seconds while maxing out at a top speed of 261 m/hr, so the performance should be similar for the new car.

Design-wise, the new car is basically a Bugatti Chiron, with the major difference being the car’s rather unique paint job and a few subtle graphics. Named “Gris Serpent”, the paint is a shade of matte gray that the French company describes as a modern version of the exterior color of the aircraft from the 1920s.

The paint job is complemented by a glossy white center stripe that stretches from the car’s hood right through to the rear spoiler. A “Les Légendes du Ciel “logo is added to the car’s front wings while a french flag is carefully painted on the car’s side sills situated behind the front fenders.

Another prominent logo in the car’s design is that of an aircraft engine with a propeller. The logo features on the car’s front fenders on the outside and the seats and middle console on the inside.

On the inside, the special edition Chiron Sport is awash with what Bugatti describes as “Gaucho” leather. Light brown in color, the leather is reminiscent of the natural leather that was common in aircraft of those days. The material is complemented by aluminum trims.

In honor of the Bugatti type 13 and the Nieuport 17, a hand-sketched racing scene between the two machines is engraved on the car’s door panels. Also included are door entry lights that project the special edition logo onto the ground when the car’s doors are opened.

Comfort seats and a glass roof that mimics “open-top aircraft of the past century” come as optional.

Bugatti was founded in the year 1909 by Italian-born industrial designer Ettore Buggati. Inspired by a passion for aircraft engineering, Bugatti started building aircraft engines in the year 1915, and later on, managed to develop a complete aircraft in 1937. However, his adventures in the aircraft manufacturing industry were cut short by the outbreak of World War II.

Only 20 examples of the Bugatti Chiron Sport Les Légendes du Ciel will be produced, each costing $3.4 million. Bugatti says production is expected to start at the end of 2020.