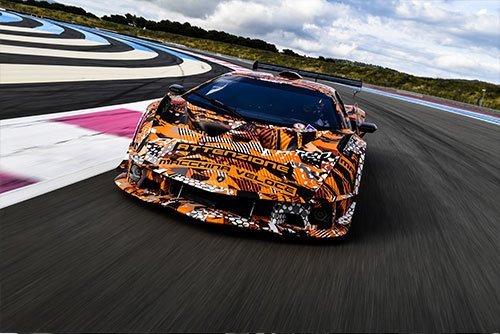 The SCV12 comes with a naturally aspirated V12 engine that produces a staggering 830 horsepower, the most powerful V12 engine produced by the company. The 12-cylinder engine is mated with a sequential 6-speed gearbox that channels all the car’s power through the rear wheels.

Spec-wise, the SCV12 trumps (no pun intended) the previous generation track-only hypercar produced by the company, the Lamborghini Sesto Elemento. A car that came with a V10 engine that produced 510 hp and did 0-62mph in just 2.5 seconds.

However, the SCV12 loses the specs battle to other track-only cars like the Ferrari FXXK, the Aston Martin Valkyrie AMR PRO, and the McLaren P1 GTR all of which break the 1000 hp mark, though that does not necessarily mean it’ll be slower than them by any means. For that, we’ll have to wait for the company to reveal to us the car’s 0-60mph times, and of course a day out on the track too.

A huge part of the SCV12’s performance is down to the wonderfully engineered aerodynamics. In fact, Lamborghini claims that the Aerodynamics of the SCV12 make it have more downforce than a GT3 race car.

The car’s hood has vents that channel air to the V12 engine feeding it more air than it would usually be able to pull in on its own, add to this the huge roof intake and the massive carbon-fiber rear wing spoiler and you have yourself some astonishing downforce, all of which helps the car stick firmly onto the ground. 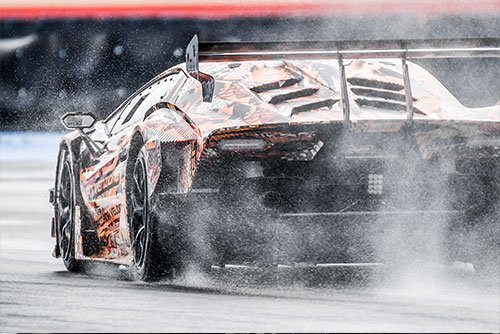 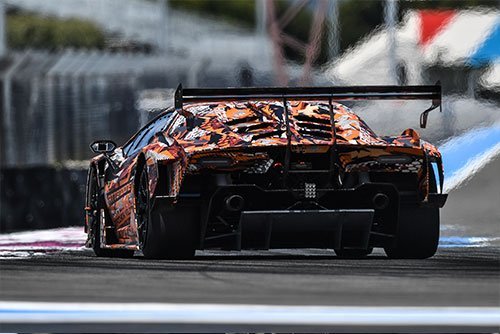 Even though the car is completely wrapped in camouflage in the official Press release images, any ardent follower of Lamborghini will immediately draw comparisons of the car’s looks and shape to the Lamborghini Aventador, however, we can only confirm our suspicions after the car’s full reveal.

The SCV12 has the unmistakable Lamborghini aesthetic with a bespoke front splitter and the mandatory huge wing. The car also comes with 19-inch magnesium rims at the front and 20-inch rear paired with Pirelli tires.

Lamborghini says buyers of the SCV12 will have access to special perks from the company including; joining an exclusive club of drivers that will grant owners access to special driving programs on circuits across the world, support from engineers on the Squadra Corse team and lessons from Emanuele Pirro, a five-time winner of the 24 Hours of Le Mans.

Only a “few dozen” examples of the Lamborghini SCV12 will be produced. Details about the car’s pricing and availability remain scarce, however, it won’t be long before we find out, as the car’s official summer-2020 unveiling is just around the corner.