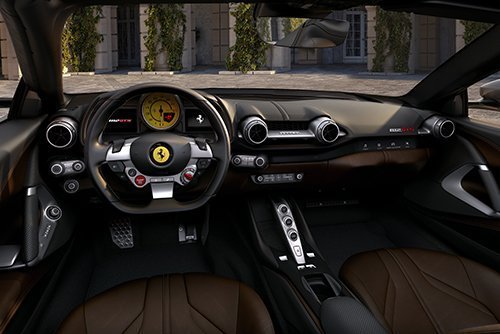 Fifty years after the debut of the V12 spider, Ferrari announced a new one dubbed the 812 GTS. The V12 spider range has featured various iconic models that began with the release of the 166 MM in 1948. This thoroughbred model won the two most coveted endurance races in 1949; the 24 Hours of Le Mans and the Mille Miglia. The last in this lineage was the 1969 365 GTS4 (not counting limited edition cars).

A New Benchmark in Exclusivity and Performance

The 812 GTS, has a naturally aspirated V12 that makes the car leap from 0-60mph in less than 3 seconds and a gives it a top speed of 211mph. Additionally, the 812 GTS is quite versatile; it features a retractable hardtop, uniquely engineered to guarantee a sizeable trunk capacity.

The hardtop opens in just 14 seconds and does not impede the interior dimensions. The car also features an electric rear screen that doubles as a wind-stop. This makes the car a joy to drive, even when the hardtop is retracted.

We shouldn’t forget to mention that the 812 GTS is the spider version of the 812 Superfast. Its specs and performance mirror those of the Superfast. The power unit is capable of unleashing 789hp at 8500 RPM, making it the most powerful engine in its class. It can generate 529 ft-lb of torque, ensuring impressive acceleration, at par with that of the 812 Superfast.

As with the 812 Superfast, the car’s performance is attained through engine optimizations combined with various innovative features such as the 350 bar direct injection system.

To enhance its sportiness, Ferrari fitted the car with a dual-clutch transmission gearshift. When in sportier settings, the down and upshift times are significantly shorter to facilitate a great driving experience.

According to Ferrari, the car is “the perfect marriage of sportiness and elegance”. Since it’s essentially a Superfast with a retractable roof, the cars look very similar. One significant difference is the removal of the Superfast’s aerodynamic by-pass from the rear wheel arch of the spider. An additional flap was added to the rear diffuser to reduce any aerodynamic deficiencies that may have resulted from the change. 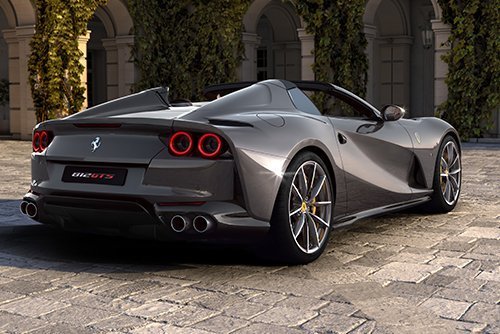 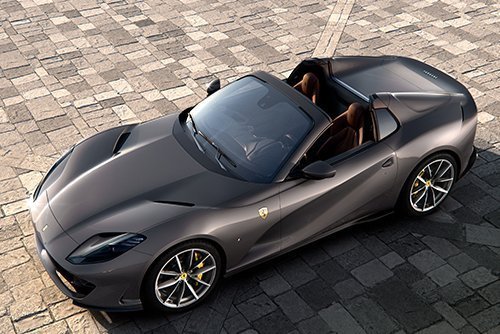 The death of the V12 engine has been talked about in the car community for a while now given the desire to make more environmentally-friendly vehicles. However, the V12 appears to be quite resilient; seeing a very slow death considering the recent offerings from Aston Martin, Lamborghini, and Ferrari. Perhaps we should just enjoy every V12 announcement and try not to think about its eventual demise.