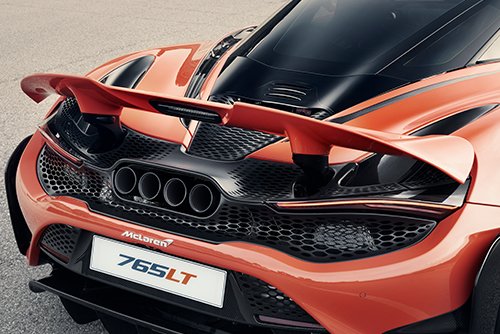 In line to replace the already incredible McLaren 720S, the all-new McLaren 765LT is here, and by the looks of things, it could be a fantastic piece of machinery. The car is designed to follow in the footsteps of the legendary McLaren F1 GTR that was first released in the 1990s. Produced with an emphasis on driver experience, weight, and performance, the 765LT is the latest addition to the popular LT series.

In comparison to its predecessor, the 765LT comes with a more refined transmission system that Mclaren says offers 15% quicker in-gear acceleration that, in turn makes it the fastest Mclaren super series car on the race track in terms of lap times.

Like its predecessors, the 765LT is designed with an emphasis on lightness, and as is typical McLaren tradition, the car is built from advanced carbon fiber materials and body panels. The 765LT weighs just over 2,700 pounds which makes it approximately 176 pounds lighter than its predecessor the 720S, resulting in a weight to power ratio of 614 bhp per tonne.

In a bid to cut more weight, the 765LT comes with F1 grade transmission materials, thinner glass, and motor-style polycarbonate glazing. The car also has four centrally mounted exhaust pipes that McLaren says have been made from titanium with a major goal of reducing weight but also says that they help to make the car sound more exciting.

In the aerodynamics department, Mclaren opted for an extended front spoiler, an elongated active rear wing, and an extended rear diffuser, all which result in a 25% improvement in downforce if you compare the 765LT to the 720S that it replaces. The 765LT also comes with an “Aero” button that lets the driver adjust the positioning of the active tail fin in relation to the car’s speed, which helps in providing more downforce in corners. 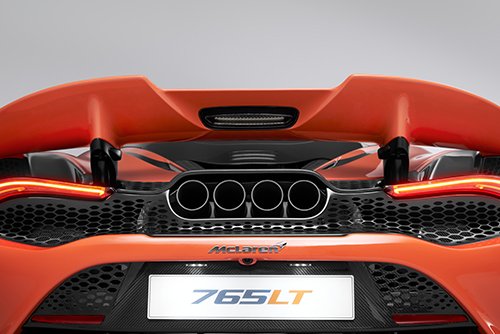 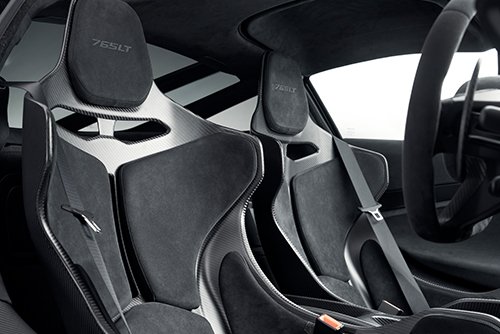 The 765LT has a rather “sporty” feel on the interior and comes fitted with carbon fiber racing seats, a carbon fiber center tunnel, and a carbon fiber floor. There is also some lightweight Alcantara on the inside too. The base model of the car comes with no air conditioning and audio systems. However, customers can choose to add these for no extra cost (phew!).

Those who crave an authentic British car driving experience will be glad to know that the majority of the car’s carbon-fiber components have been developed “in-house” at the McLaren Composites Technology Centre based in Yorkshire, UK.

Only 765 “individually numbered” pieces of the 765LT will be manufactured, and the car is expected to go on sale in September. No information about the price has been provided yet.