As we continue reviewing 2021's F1 drivers and how well they did in comparison to my preseason expectations, we come to the super-tight midfield. In recent years, the inaction at the front of the pack has made the pecking order behind the 'big two' or 'big three' be the most competitive in the championship. 2021 was no exception. Even though the fight at the front was barnstorming, it wasn't to the detriment of those behind them who slugged it out all season long.

Yuki Tsunoda was the rookie with the best chance of doing well in 2021. I wonder whether he would consider his debut season a success after he occasionally dazzled but more often flopped. Inconsistent would be the best word to sum up his year with AlphaTauri. He may be fortunate that Red Bull has no obvious youngster ready for the step-up in 2022, else he could be cast aside like many before him.

I'm not sure Tsunoda showed any future champion-level qualities that his employers will have hoped he possessed. A P4 finish at Abu Dhabi will be a boost to enter the winter break with, but he'll need more than a single standout performance for next season.

The rollercoaster ride that is Esteban Ocon's Formula One career continued its unpredictable nature this year. A maiden win to go with a new long-term contract is all that will matter to Ocon, and with good reason after being out of a drive just two years ago.

The 2021 Alpine didn't look capable of threatening the Ferraris and McLarens, but now and again, Ocon would snatch the best of the rest award anyway, which shows his raw speed. Together with Fernando Alonso, Alpine's driver is pretty potent, but they are being held back by machinery not worthy of their talent. 2021 was a mostly under-the-radar, but impressive season for the Frenchman.

2021 must've felt like coming down to Earth for Lance Stroll after his highs in the 'pink Mercedes' last season. Point-less races more often than not and regularly being out-qualified by a new world champion teammate in Sebastian Vettel won't have been an easy pill to swallow.

On the other hand, he wasn't embarrassed by the four-time champ, which I guess is a feather in his cap? The German is the best teammate he's had, in my opinion, and the two would've finished with roughly the same points had the late chaos at Baku not gifted Vettel that podium finish. Stroll did fine in an okay car, but he might need to hunker down for the long haul if his long-term career is with Aston Martin. 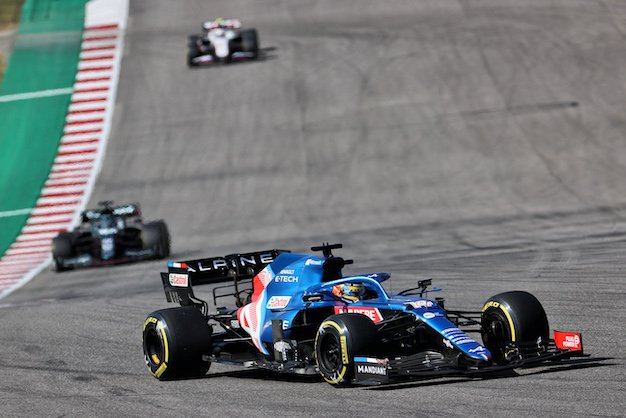 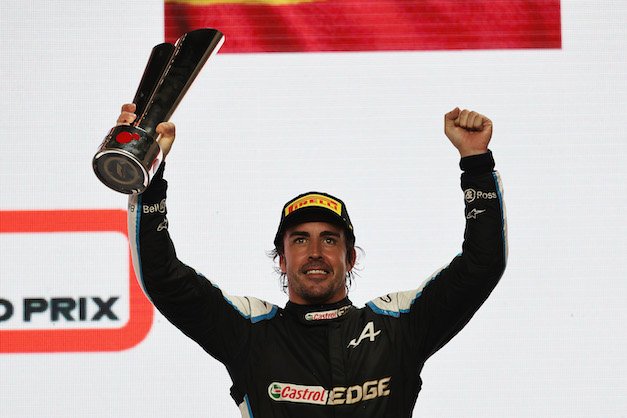 I consistently underestimate Pierre Gasly, it seems, who has become a star of the sport. Ninth place may not sound great from the outside, but that represents the highest finishing position of the 'lower midfield,' and by some margin, too. With all due respect to AlphaTauri, he's just too good for the team now.

You can't explain the gap to Tsunoda in the sister car at most races this year by just saying it's a rookie vs. a seasoned hand. Gasly also outdrove champions Vettel and Alonso, who had similarly fast machinery; he's just that good. In my opinion, everything he's done in 2021 and 2020 merits another drive at Red Bull. With his newfound confidence, he could even give Verstappen a challenge.

If I'm always underestimating Gasly, then it seems I'm forever too charitable towards Sebastian Vettel. My P6 prediction for him represents my worst guess of 2021. I suspect that I was like Seb, thinking that the Aston Martin rebrand would help keep Racing Point's 2020 momentum through to this year, but nope. Had he known how tough this season would be, I wonder if he would've stayed in the sport.

Yet it wasn't a wasted year. The P2 podium in Baku was an obvious high point. Taking that trophy back to Aston Martin was great, and he might've grabbed winners silverware if Hungary had a handful more overtaking spots too (let's ignore the disqualification...). Do those fleeting highs make up for an otherwise mediocre year, though? Another season like 2021, and I think we may see Seb walk away.

I cannot wait to find out what 'El Plan' that Fernando Alonso has teased us with will turn out to be. If the Alpine becomes a rocket ship next year, we saw enough in 2021 to show that Alonso could take it to win his third championship. Is that part of 'El Plan?' Alonso's in a happy place, and his results show it after he's quietly been taking points at most events.

Although I'm forever frustrated by older drivers not retiring to make room for youth and should be furious that Alonso returned and prevented a future star from getting his shot, I'm not. His 2021 was top drawer, and he's answered critics, like me, who doubted the necessity of his comeback. Well played, Mr. Alonso.

The smile returned to Ricciardo's face in 2021, but I think it might be masking a bruised ego after he was thoroughly left for dust by his Ferrari rivals and teammate in the mini-fight for P5. Still, the victory at Monza will give some much-needed happiness for Ricciardo in what an otherwise disappointing year for the Aussie was.

The McLaren was the third-best car for much of the season, as Lando Norris often demonstrated with his four podiums. Ferrari fought back but had Ricciardo done the job he should be capable of, McLaren would've sealed P3 in the standings rather than settling for fourth. Perhaps having some input in car development for 2022 will help him, but Ricciardo cannot endure another season like this one again if he wants to keep his reputation intact.