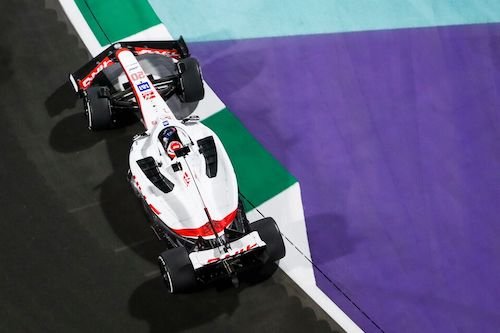 While the Formula One rule change for 2022 meant that I expected a reshaping of the running order, I had no idea where Haas would sit in this year's grid. If you check my pre-season predictions, you'll see my best guess would be that the two Haas drivers would only have rookie Guanyu Zhou finishing behind them. Although it's a long-old season, that prediction isn't looking likely after the electric start the team has had in 2022, particularly on Kevin Magnussen's side of the garage. It seems that Haas really has turned a corner this year.

Before you groan too much thinking that Magnussen's excellent return to F1 has shielded Mick Schumacher's lack of points, and I've somehow not noticed, I can assure you that I have. When watching the Miami Grand Prix, my palm met my face after the German's messy tangle with his mentor Sebastian Vettel cost him his first F1 points. Yet that sentence alone shows Haas's leap in the off-season – they lost out on a points-scoring position!

However, yes, Magnussen is showing up young Schumacher, so far, at least. But that shouldn't come as any surprise. Even with a year out of the sport, KMag is a veteran driver who should show these new kids on the block how to race. I'm sure that the great Dane has already taught Schumacher more in two months of running together than Mick learned trundling at the back with Nikita Mazepin last year. So, it's pretty fair to call 2022 Mick Schumacher's first F1 season for all intents and purposes. 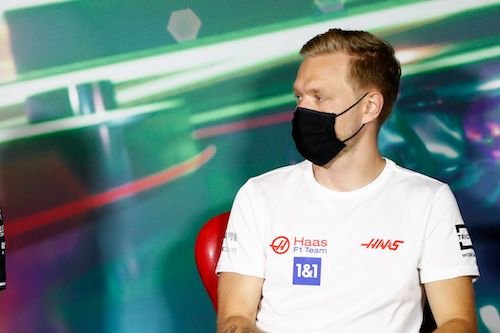 Haas's gamble last year to essentially give up and entirely focus on this year's championship campaign was a bold call. I don't know what their intentions or hopes for this season were; after all, perhaps they thought they'd be title contenders. Yet, they're right on the mark if jumping back to being a reputable midfield team as a minimum was the target. With Aston Martin, AlphaTauri, and Alpine all a ways off of where they probably expected to be, Haas has a real shot of beating them all.

Let's look through the opening rounds so far. First, it was P5 and P11 at the curtain-raising Bahrain Grand Prix, although the disaster for the two Red Bulls somewhat flatters that result. Next, P9 at Saudi meant more points, although Mick's high-speed shunt in qualifying dampened the celebrations with the expensive bill in an era of cost caps. Then, it was no man's land in Australia with P13/P14, but Haas bounced back at Imola with KMag taking points in both Sprint and the Grand Prix. Schumacher even made it to the top 10 in Saturday's Sprint, and I venture to guess he could've finished there in the race had he not spun on the opening lap.

This recap of events brings us to Miami, where Schumacher found himself in P9 after the Pierre Gasly-induced safety car. Although Magnussen didn't excel in Florida, Mick could've scored Haas's first points on home soil since their debut season in 2016. Instead, Schumacher's Haas sat in P9 when the ill-fated move on Vettel – which the stewards deemed was a racing incident – lost him his points opportunity. 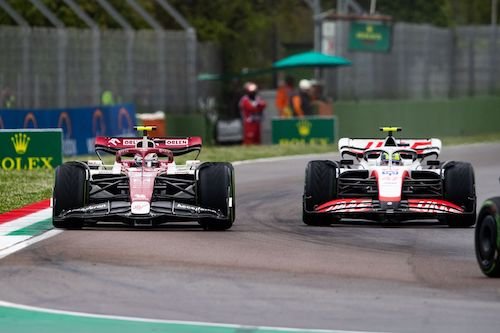 Just take a moment to consider those two paragraphs. I'm talking about a team whose best result in 2021 was twelfth place at a Hungarian Grand Prix that lost five runners on the very first corner. In 2020 this was a team that took points in only two rounds. That means two years with only two Grands Prix with top-ten finishes. We're five races into 2022, and the Haas team has already scored in three weekends and was a handful of laps away from making it four.

It's easy to overlook these lower-position stories, hence my writing this article about their achievements. Ferrari is rightfully taking a lot of attention this year with their 1-2 finish at Bahrain and leading both championships. Why are their wins so impactful? Because the Scuderia struggled through the last two years without taking a single win. After years of being a top-two team, they dropped to P6, reached the podium a handful of times, and now in 2022, they're back on the top step. In my opinion, Haas's season so far is equivalent in terms of its impressiveness.

There's been a lot of excitement in the F1 community about the prospect of Andretti joining as a new team. Off the back of a sellout Miami, the idea of an American team coming to ride the wave of U.S.-hype surrounding F1 does make sense. But let's not forget that Formula One already has an American team; you might've just forgotten they existed after their performance in recent years. That won't be the case this season. The Haas of 2022 is a contender for the small midfield team that beats out some seriously bigger fish. And I, for one, welcome their stride forward.