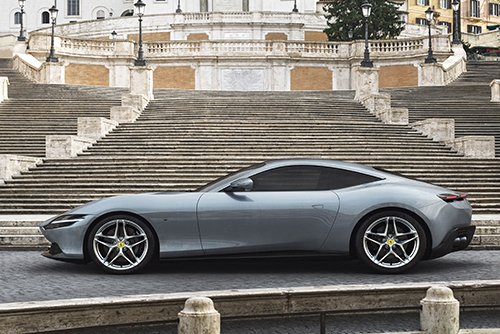 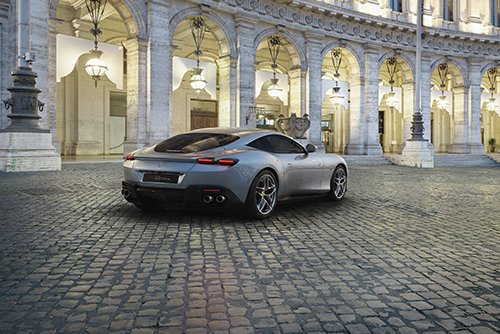 Ferrari’s newest beauty, the Roma, was unveiled at an exclusive event in Rome. Not only does it offer the best of Ferrari’s timeless design, but it also comes with the performance and handling that Ferrari is known for. The Roma is a mid-front- engined 2+ coupé that represents the best in performance in its class as far as Ferrari is concerned.

The Ferrari Roma features a turbocharged V8 engine that is derived from a family of engines that has clinched the International Engine of Year award for four years straight. The engine in this model is capable of a maximum power output of 620 CV and a maximum torque of 760 NM along with 7500 maximum RPM. It is mated to an 8-speed DCT gearbox, which first appeared in the SF90 Stradale. The car can jump from 0-100 Km/h in 3.4 seconds and from 0-200 km/h in just 9.3 seconds. It comes with a top speed of 320 km/h.

The Roma is designed to be a fun car to drive. It utilizes modular technology developed by Ferrari for some of its latest models. Both the chassis and body use light components and advanced technologies. There was some extensive redesign done to this car during production resulting in 70% new parts. The effort earned the Roma a weight to power ratio of 2.kg/cv, which is the best in its class. The ratio significantly enhances responsiveness and handling dynamics.

The car is fitted with a mobile rear spoiler that facilitates the best performance in its class without affecting the iconic design style of Ferrari. At high speed, it ensures that enough downforce is generated to improve performance and handling.

Ferrari has adopted a formal approach when it comes to the interior of the Roma. There are two safety cells inside the cabin for the passenger and driver. The functions and surface have been organically spread out inside the cockpit, with various elements designed around the perception of space. This is a break from tradition where Ferrari sports cars are built around the driver. The result is that even the passenger feels involved in the driving experience. 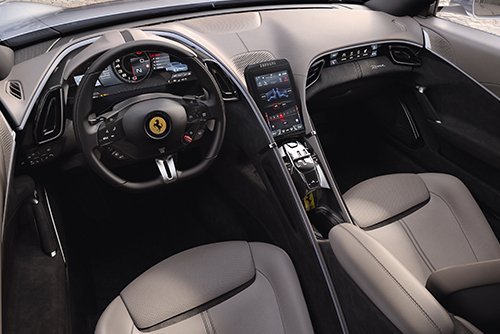 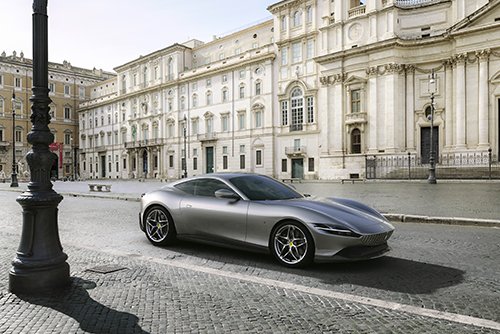 For the exterior design, the Ferrari Styling Center sought to take inspiration from the pleasurable and carefree lifestyle of Rome in the 50s and 60s. The car features long, sleek lines that extend from the front of the hood to the back. To achieve a minimalistic style, all superfluous detailing has been eliminated. This philosophy is abundantly clear in the design of the front grille, which looks elegant and understated.

The Roma reminds us of a certain supercar we drove at Silverstone, but we’re not mentioning names.