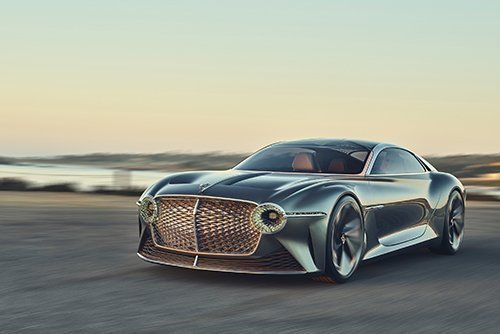 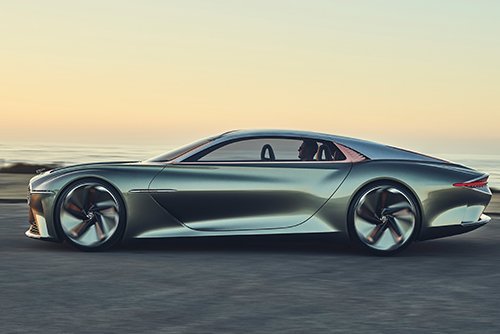 On August 20, 2019, Bentley released new images of its striking concept car the EXP 100 GT at the Monterey Car Week 2019. The photos were released to mark the carmaker’s centenary. Bentley’s concept car won the company the “Best of Show” award at the Pebble Beach Concours d’Elegance.

Besides these new images, including some breathtaking location photos shot on the Monterey Peninsula, Bentley released a new app for iOS. The app dubbed Bentley 100 AR, utilizes a printable QR code that lets users access an AR experience to explore the EXP 100 GT. Users will also be able to interact with a full-scale version of this stunning car via the app at select locations.

At a private residence in Pebble Beach christened “The Home of Bentley” in Monterey, visitors had a chance to see Bentley’s current lineup including the latest Continental GT V8. Additionally, they got to see the Hybrid, V8, and Speed versions of the Bentayga Design series. Alongside the customer test drive and model range showcase, visitors also got to see a show of handcraftsmanship and design skills offered by a Bentley team from Crewe, England.

The EXP 100 GT was first unveiled in America at The Quail on August 16 as part of a three-part tour that included an appearance at “The Home of Bentley” on Saturday and a final showing on Sunday at the Concours d’Elegance.

The EXP 100 GT incorporates futuristic design elements that highlight the carmaker’s vision of a next-generation grand tourer. The all-electric vehicle is fitted with four electric motors and will have an autonomous mode that allows the driver to sit back and relax while the car is in motion.

The car will go from 0 to 62mph in less than 2.5 seconds along with a top speed of 186mph. Its battery will deliver a maximum range of about 435 miles.

The front of the car features a mesh grille fitted with 6,000 LED bulbs; it is the most stunning feature of the exterior design. 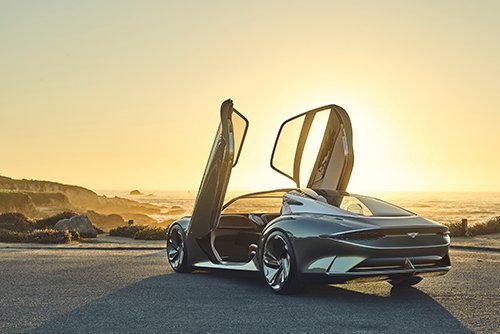 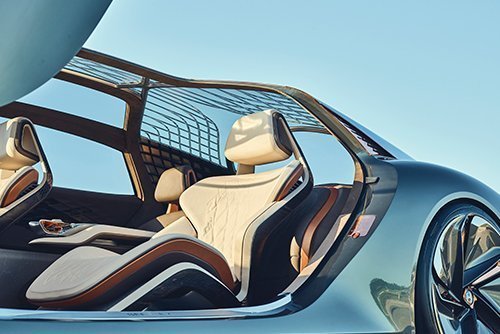 In classic Bentley fashion, the interior is quite elegant and has a strong sustainability theme to it. For instance, it utilizes copper-infused river wood that is over 5000 years old. There’s also no shortage of exquisite materials including crystals from Cumbria Crystal and handmade embroidery from Hand and Lock. Best of all, the interior will offer a biometric seating system that monitors environmental conditions to deliver comfort to the occupants.

Exploring the Use of AI

To provide the best driving experience, the concept car explores the use of artificial intelligence to ensure every journey is curated according to each rider’s preferences. Four preset modes are provided to facilitate this. The Enhance mode will optimize the capabilities of the driver while the Cocoon mode will create a relaxing interior space. Finally, the Re-Live and Capture modes will store and replay sights and sounds that drivers experience along their journey.