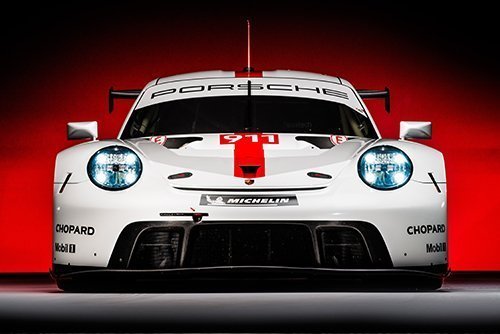 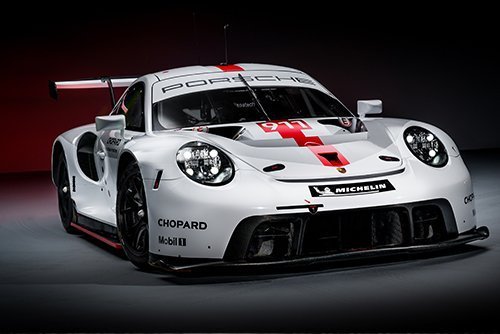 Porsche revealed a “brand-new” 911 RSR at the 2019 Goodwood Festival of Speed aimed at defending several racing titles. With the outgoing 911 RSR, Porsche won several events in the 2018/2019 season. These include the Manufacturers’ and Drivers’ Championship in the FIA WEC as well as the Le Mans Endurance Classic in France. Other victories include IMSA races at Sebring and Road Atlanta.

From all indications, the new car is ready to race. The improvements to the 911 RSR are highlighted with updates to a dependable powerplant. The new car features a Boxer six-cylinder naturally aspirated engine that now has a capacity of 4,194 cc and, depending on the size of the restrictor, produces around 515 hp. It’s the largest Boxer engine ever used in a 911 ex-works. A new “more ridged” sequential six-speed constant-mesh gearbox added to the equation produces faster gear-shift times and increased efficiency according to Porsche.

The design places the engine just in front of the rear axle providing room for the upgraded gearbox as well as other features. These changes have been made by Porsche as part of their bid to successfully defend their titles. Pascal Zurlinden, Director GT Factory Motorsport said changes were made to 95% of the car compared to the previous model.

The new 911 RSR also features an improved exhaust gas system with pipes that exit on the sides just in front of the rear wheels. The system trims weight, is more efficient, and according to Porsche, is “aerodynamically advantageous.” Proof of that may come with a redesign of the diffuser which generates even more downforce. Porsche cites the better diffuser design as being part of overall aerodynamic efficiency and stability. Race teams will also have the ability to swap out body parts due to the carbon-fiber-reinforced plastic design.

Given how draining endurance racing can be, Porsche placed emphasis on driveability and serviceability. The cockpit has been redesigned for better usability after taking into account feedback provided by Porsche drivers.

Team drivers will notice a change to the interior as safety items have been upgraded for the upcoming 2019/2020 season starting with a removable roof hatch. Other upgrades include improvements to the manufacturer’s proven collision warning system, an improved roll cage, and the addition of better impact panels in the door, cage and around the legs.

Porsche has made the defense of several racing titles easier with the new 911 RSR rolling out for the 2019/2020 racing season. An improved powerplant backed with better shifting for the driver is always a good place to start.