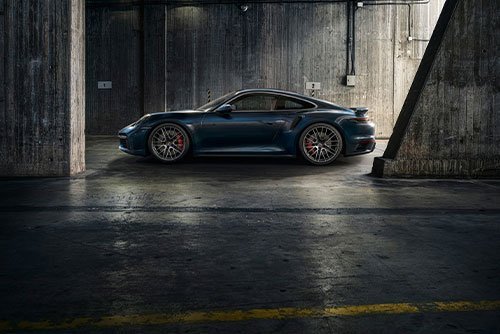 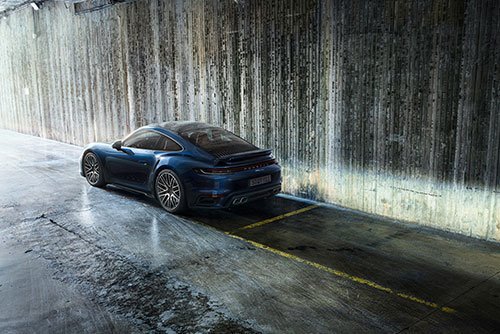 Few cars in the world get the right balance between straight-out performance and everyday usability like the Porsche 911 series, and as of Tuesday, we have a new entry in the series, the 2021 Porsche 911 Turbo.

Being a “marked-down” version of the “high-performance” Turbo S, you’d think that the 2021 911 Turbo would be much slower than its older brother, but you’d be wrong. The 911 Turbo comes with the same 3.7 liter flat-six turbo engine and the same 8-speed PDK transmission that comes with its brother.

The engine produces 572 bhp, and 553 lb.-ft of torque. The 0-62mph time is stated as 2.7 seconds (Coupe) which is fractionally slower than the 2.6 seconds time of the Turbo S. Porsche states the Turbo’s top speed as 199mph, again, slightly less than the Turbo S’ 205mph.

To give you even better performance, Porsche added a couple of new and improved features that include a “redesigned” charge air cooling system, Piezo fuel injectors, and a revamped brake system. The company also tweaked the car’s Traction Management all-wheel-drive system making it able to shift more power to the front wheels whenever needed.

On the outside, the 2021 Turbo is hard to differentiate from the Turbo S. The only “obvious” difference that one might notice would be the dropped “S” in the car logo at the back of the Turbo version.

The Turbo carries over the Turbo S’ front electric cooling air flaps, the induction intakes on the rear side panels, the active spoiler, and the rear horizontal LED light bar that stretches from one side of the back to the other.

Compared to its predecessor, the 2021 911 Turbo is both wider at the front (1.8 inches wider) and at the back( 0.78 inches). Porsche says the added width is to accommodate the new car’s wider track and tires, a move that is intended to give the driver a more comfortable ride. 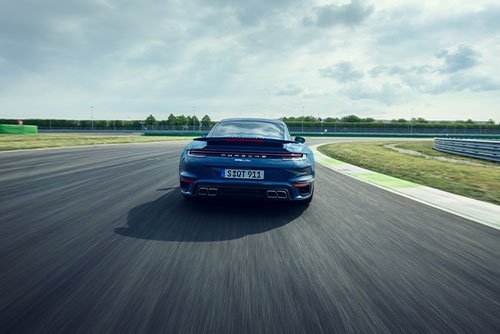 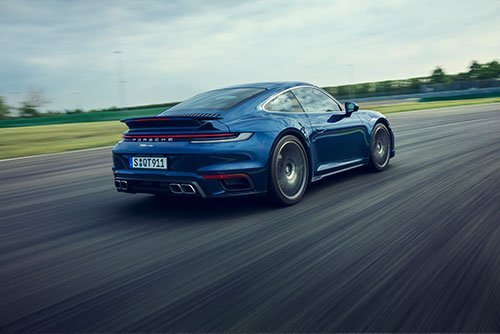