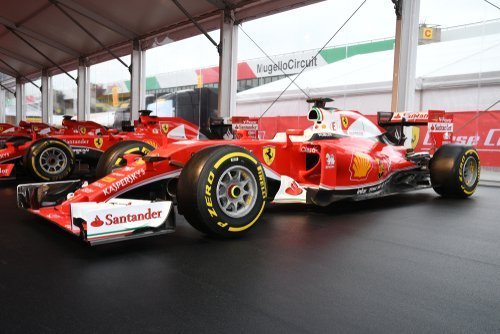 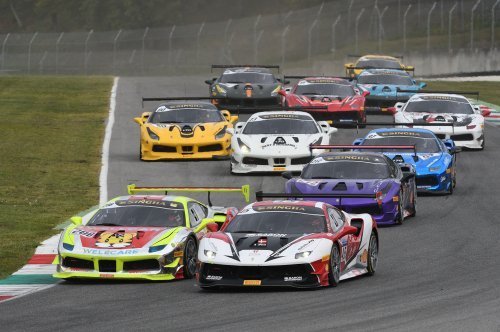 The Ferrari Corse Clienti Program is one of the most exclusive offered by any major automaker. It offers Ferrari fans an opportunity to own and driver Ferrari race cars on casual track days or in competition that rivals environments seen in professional racing.

Not only do individuals buy an “ex-racecar” or souped-up track-only Ferrari, but owners pay for the auto company’s experts to provide crew support, maintenance, and transportation to race tracks. The program has three categories which include the Clienti F1, Challenge Series, and the XX Program.

Ferrari’s Corse Clienti F1 Program was established in 2003. From its outset, Clienti F1 allowed deep-pocketed Formula One fans to purchase retired Ferrari Formula One cars. The price to acquire one of these decommissioned racers starts in the millions and increases based on the racing history of the car.

Owners can keep their Ferrari Formula One cars in their garages or choose to keep their cars at Maranello where Ferrari technicians can help with maintenance.

Like the other Corse Clienti Programs, it isn’t cheap to participate in the Challenge series. It can cost around $20,000 to covers the expenses for just one race weekend.

One of the most amazing aspects of the Challenge series and other Corse Clienti Programs is the world-famous racetracks teams get to use. Japan’s Fuji Speedway, Circuit de Barcelona-Catalunya and other major racetracks around the world play host to Ferrari Challenge races. 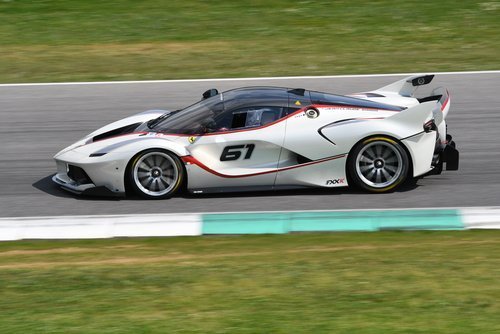 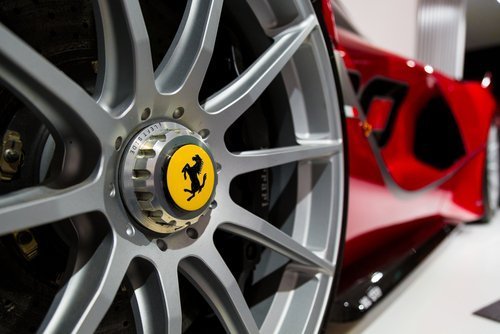 The XX Program is part of the Corse Clienti package that’s reserved for “special customers”. It features a collection of track-only versions of some of Ferrari’s best know street-cars. The XX Programs give owner-drivers the chance to drive these limited edition automobiles built by the Italian company. These cars are not street legal and can only be driven at track day events since they’re not certified for competition either. Like the Challenge series, drivers can get behind the wheel of these cars at legendary tracks.

Owner-drivers not only get a chance to drive these cars at various locations but they also act as “test drivers” for Ferrari as they get an opportunity to interact with Ferrari engineers and professional test drivers during technical test sessions. The automaker’s research and development department monitor the racecars and get feedback on their performance. Information gathered during the test sessions is used in the development of future Ferrari cars. The most recent XX cars include the following:

Based on the Ferrari 599, the 599XX debuted in 2009. The 720-horsepower car was designed by engineers from Ferrari’s Formula 1 team. It has innovative technology that won’t be found in the street legal 599.

The FXX K is 1000-horsepower hybrid Ferrari. Based on the Laferrari, it was produced from 2015 to 2017. The ‘K’ in car’s name refers to kinetic energy recovery system. The energy that is recovered by the system is stored in a reservoir and used when accelerating.

Released in 2017, the EVO took Ferrari’s original FXX K and expanded on it. Producing 1036bhp and over 644 lb-ft of torque, the EVO offers an extra kick to the incredibly high performing FXX K.

Ferrari’s Corse Clienti is a unique program. While it can be compared to Lamborghini’s Squadra Corse, the range of cars available puts Corse Clienti in a class of its own.

There’s no doubt that the word “exclusive” doesn’t quite describe this program well enough. For enthusiasts who may want to experience formula and GT race cars with a significantly less financial commitment, there are experiences around the world that make that opportunity available.