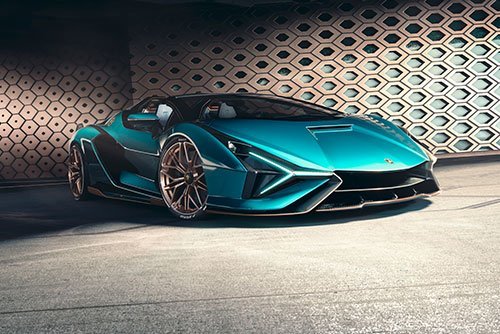 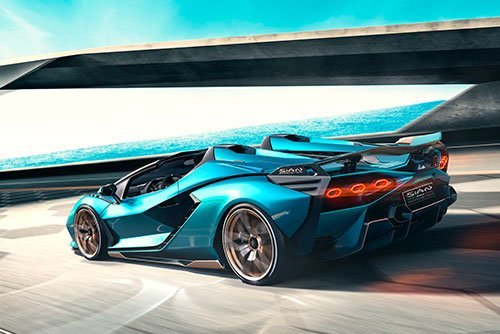 Just like the Sian Coupe, the Sian Roadster comes powered by a 6.5 liter naturally aspirated V12 engine that works in conjunction with a 48-volt hybrid system. This combination produces 819 horsepower resulting in a 0-60 mph time of less than 2.9 seconds. The Roadster has a top speed of 217mph.

According to Lamborghini, the car’s hybrid system uses lightweight supercapacitors that are not only three times lighter than lithium-ion batteries producing the same power, but also three times more powerful than a battery with the same weight.

The car’s supercapacitors allow for ultra-fast regenerative braking with the company saying its energy storage system can fully recharge every time the car brakes hard.

The Roadster’s electric motor can fully power the car at lower speeds with the V12 engine switched off, allowing for a silent stroll through the neighborhood. The car’s electric motor automatically disengages at speeds of over 81 mph.

Speaking about the Roadster’s powertrain, Lamborghini C.E.O Stefano Domenicali stated: “It is the expression of breathtaking design and extraordinary performance, but most importantly embodies important future technologies.”

He adds: “The Sián’s innovative hybrid powertrain heralds the direction for Lamborghini super sports cars, and the open-top Sián Roadster affirms a desire for the ultimate lifestyle Lamborghini as we move towards a tomorrow demanding new solutions.”

On the design front, the Sian Roadster doesn’t look too different from the original Sian coupe, whose design was inspired by the legendary Lamborghini Countach.

Among the standout features of the car’s exterior are the Y-shaped front lights and the hexagon-shaped taillights that give the Sian a rather distinct look, as well as provide clues as to how Lamborghini’s future design trends might look. 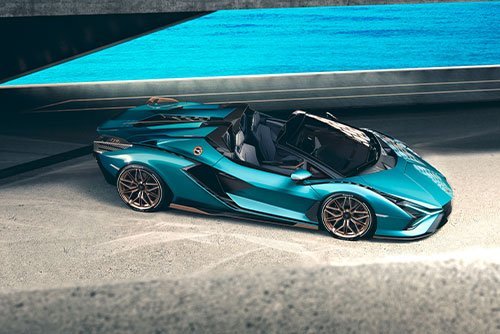 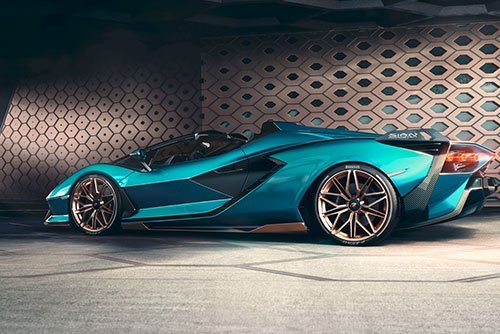 In a bid to improve aerodynamics, Lamborghini tweaked the Roadster’s front, adding a redefined carbon fiber wind splitter that directs air through the bonnet, side air intakes, and over the rear spoiler. A tweak that the company says helps the Roadster experience no loss of “aerodynamic efficiency” when compared to the Sian coupe.

On the interior, Lamborghini opted for the same components found in the Sian Coupe. Expect the same portrait touch screen, aniline leather trims along with plenty of 3d printed parts. The stunning press images had a white interior that bodes in well with the car’s theme of a more aerated and open driving experience.

Lamborghini will produce only 19 examples of the Sian Roadster, and it goes without saying that they have sold them all. Each owner will get the chance to work with the Lamborghini Ad Personam program to give their car a more personalized look.