Getting Started in Racing – (NASCAR) 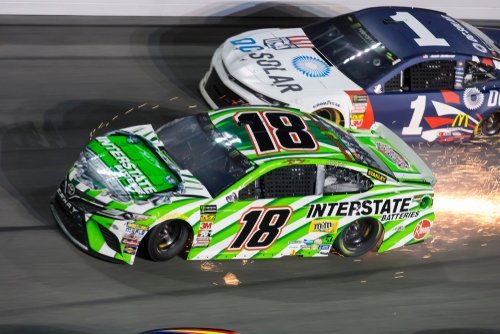 For years any young person that wanted to live out their dreams of becoming a professional race car driver could probably do so if they had the skills. There are countless stories of young men following in the footsteps of their elder family members who modified consumer cars in their home garages for racing on Saturday night at the local track.

You can still do that. There are plenty of short tracks across the country hosting a wide variety of racing. There are also governing bodies such as IMSA and the SCCA who sponsor events for drivers of all skill levels. But, if you want to move your way up the ladder to a seat in NASCAR, the ladder seems to have gotten longer, and some of the rungs are missing. 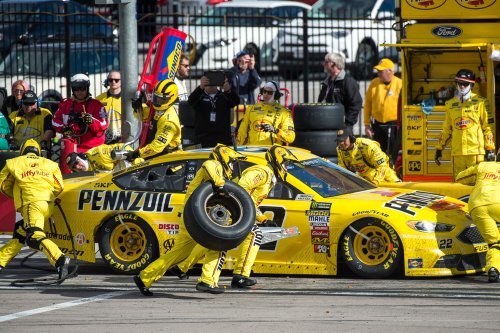 NASCAR is big business. The sport growing from moonshiners testing their driving skills against each other are long gone. Even the business model that worked ten or twenty years ago has evaporated to some degree. Starting young, learning the sport, and moving your way up through the various tiers of racing to the highest levels of the sport have changed forever. At least in the world of stock car racing such as NASCAR and the ARCA Racing Serie

Drivers once turned their own wrenches, built their own chassis, and honed their skills in local racing with occasional forays into the bigger series. They worked hard, raced hard, and made contacts hoping for the day when a “Big Team” discovered them and signed them to a contract. Now, there’s a never-ending stream of younger drivers jumping past veterans into competitive race cars.

Drivers, for the most part, used to spend a few years in each of the series they entered. They learned the cars and the differences in equipment, all to bring the proper combination of skills to the next level. Now, it’s not uncommon for young drivers to be put into rides at the top-tiers of the sport with the expectation of learning along the way. 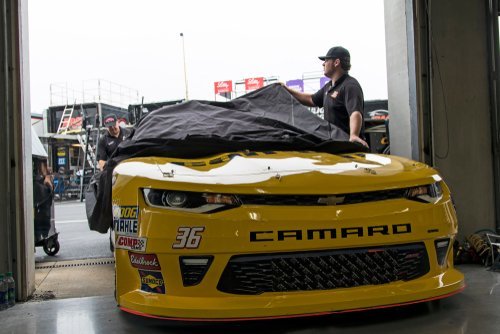 Rookies in the highest level of the sport used to be in the mid to late 20’s with many drivers’ making their way to the Cup series already seasoned behind the wheel as full-grown adults – many with families. Now, it’s not uncommon for drivers to become Cup Series regulars before turning 21-years-old. Being thirty is often being the “old man” in the garage.

The difference now is sponsorship. Here’s how Larry McReynolds says he and his son Brandon noticed the changing environment of racing.

“With my son Brandon, we’ve tried to stay in a series for at least two years at every step,” McReynolds said. “He’s won at every level including his win at Talladega in the ARCA Series, sweeping Iowa in K&N and more. But, between Bandolero and Late Model racing, the financials changed. Suddenly we needed a bigger budget for each race – same with everybody. Meaning you need bigger sponsors! At some point, you look at the budget and say ‘OK, we have this many dollars, let’s run these races and do good with 100%. If we can’t go at 100% – and not be competitive – then we might as well not go. Save those funds for another race. 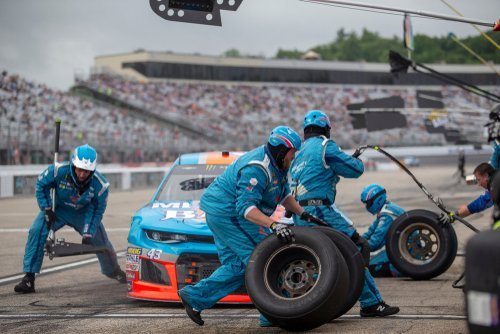 How Sponsorship Woes Changed Everything

Not only has the age factor changed in racing but so has the whole business model. The small mom and pop teams are being pushed out of stock car racing due to the exploding cost of doing business combined with the still weak sponsorship market. Years back, a talented driver was scooped up by a team, and they went out and found sponsors. Now, young drivers are bringing sponsors and backing with them. Former NASCAR Crew Chief and current FOX Sports analyst Larry McReynolds describes the change as he sees it.

“Today, at least at the higher levels of racing – Xfinity and Cup Series, the way sponsorship works has changed,” McReynolds said. “Years back, a big team owner could tell their people to go out and find me some sponsors for our driver. Now, the financials have changed. Now, for most teams, an owner looks at what type of financials the driver already has, and can bring in. I’m not faulting the big teams for doing this. It’s just the way the business has evolved.”

Since the economy crashed in 2008, the hard-fought battle to retain sponsors has grown. Lowes Motor Speedway changed their name back to Charlotte Motor Speedway. NASCAR has seen their main sponsor change from Winston, to NEXTEL, to Sprint and finally to Monster Energy. But, the Monster Energy Connection is leaving forcing NASCAR to revamp the way title sponsors are signed and how much exposure they will have.

That same problem has dripped down to teams. The days of a driver having one main sponsor for an entire season appear to be numbered. Jimmie Johnson, a seven-time NASCAR Champion, is losing his sponsor in 2019. Martin Truex Jr is in the same situation. The defending champion may see his team fold – or at least be sold – before the 2019 season begins.

Bobby Earnhardt, grandson of the late Dale Earnhardt Sr and son of Kerry Earnhardt, says that he and his younger brother Jeffrey are keenly aware of how hard it is to get sponsors on board – even with a famous last name. The two brothers have spent time behind the wheel in several series with Jeffrey running almost the entire 2017 Cup schedule and a limited number of races in 2018.

Older brother Bobby says his big introduction to the cost of racing came when he bought a Ford Escort to modify for local racing. Earnhardt said it’s a family tradition to work for what you want to do. “Dad did it, my grandfather and great-grandfather did the same thing, and Uncle Dale does it.” So, hard work was not the surprise – the budget was.

“My eyes were opened when I started putting the safety cage in the Escort – the cost was pretty high. It’s not cheap – nothing in racing is cheap,” Earnhardt said. “There’s a lot of hidden costs in racing that many fans don’t know about – even at the lower levels. An ARCA license can cost $400.00, and the Xfinity ones are $2,500. A set of tires in ARCA run about $1,500, and a set for Xfinity is about $800 to $1,000 bucks for scuffs if you buy them used from another team. New sets of tires for a full race can cost $15,000 bucks!”

Earnhardt says that at every step along the way, the sponsorship search is in full swing. And, once you think you have something lined up to essentially rent a race car from a team – the deal can go south fast. Another driver with better funding, often a family member or a family owned business can write a bigger check and grab the ride away from you.

“Fan’s don’t realize that drivers come to the teams with upwards of 90% of the funding in place. The days of a team finding a great sponsor match for a talented driver are gone for the most part,” Earnhardt said.

It’s a line of thought echoed by McReynolds. The former crew chief for Dale Earnhardt Sr. says the trend started years ago and it’s probably going to stay this way for a long time.

“It’s like bidding – a team could tell you ‘we can put you in this high-quality ride at this track for $ 15,000,’ and you have to think to yourself – ‘Well, we can do $14,000,’ and think you have it all locked up. But there’s always a daddy with a child that’s a driver waiting behind you to go ahead and stroke the $15,000 check, and you’re out looking again,” McReynolds said.

A former driver I spoke with who wished to remain anonymous said that the constant search for sponsors was almost a “mind-numbing” experience. And, looking back, it probably took a lot of the fun out of the sport.

“It was constant – and probably much worse today than when I was driving. I spent many nights wondering where we could dig up a sponsor for this or that race. Today the money to fund a team in NASCAR is amazingly high. But, things have changed – cars are safer – there’s more technology in these vehicles than ever before. That’s not cheap. But, back then we didn’t do as much as these drivers do for sponsors today. We did meet and greets, went a few places, shook hands. Now, drivers jump in neck deep and are constantly working for their sponsors at the track and on social media when they’re not at the track.”