Sevilla (also known as Seville in English) is located in Spain’s southern Andalusia region. It is the fourth largest city in Spain and offers travelers an assortment of activities in and around it. Over 2 million people visit the Sevilla province each year with many of those tourists heading to the city for fun and excitement.

The city is enchanting with its beautiful streets and palm trees that dot it. Sevilla has an atmosphere far different from the other big cities of Spain. History buffs and sightseers will find a nearly endless array of landmarks showcasing spanish culture to visit. These include the Catedral de Sevilla, Acuario Sevilla, and the Real Alcazar.

Petrolheads will find a driving experience at the Circuito Monteblanco, to rival Europe’s other racetracks. Sevilla is also home to the Museo de Carruajes de Sevilla. It is a fantastic museum filled with horse-drawn carriages from a bygone era. They may not have had motors, but they still make for a great sight to see.

Type:
Ride-Hailing, Taxi, Bus
Bus:
Operated by Urban Transports of Seville Municipal Corporation (Tussam), the exclusive EA bus line is the only bus line that connects Seville Airport with the city.
Taxi:
Seville city taxis charge a flat rate for all services between the airport and the city. They are available from just outside the terminal building.
Ride-Hailing:
Uber, Cabify, Blacklane, Free Now
1 equals Seville is well-known for its tapas bars and restaurants. So, when out on the town, tapas bar hopping, be sure to order up a dish of Carrillada de cerdo. Carrillada de cerdo are pork cheeks made by stewing the meat in a wine reduction. Other ingredients may be added to the meat to add flavor. Pork cheek is a rather lean cut of meat compared to other pork products. It is believed carrillada de cerdo is a more recent addition to local menus, possibly first being served up in the late 1970s. With a wide variety of tapas bars serving it, you can explore the city in an attempt to find the best recipe. 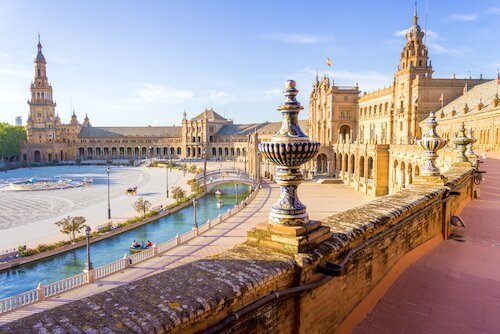 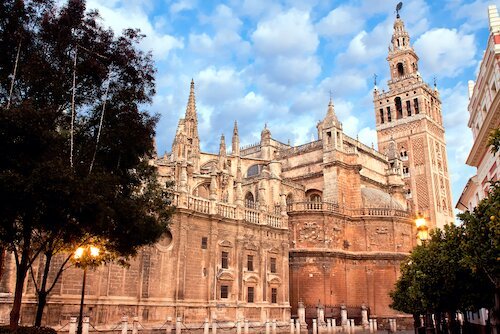 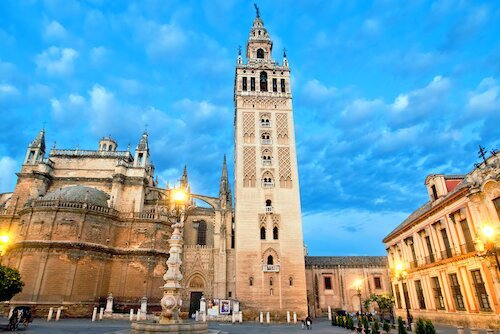 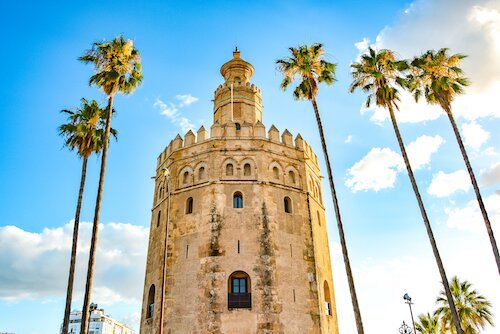 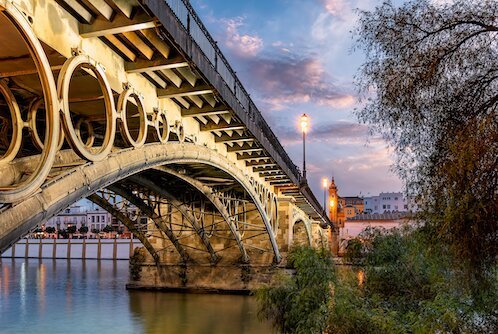 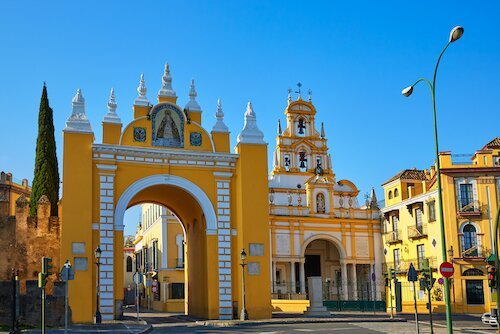 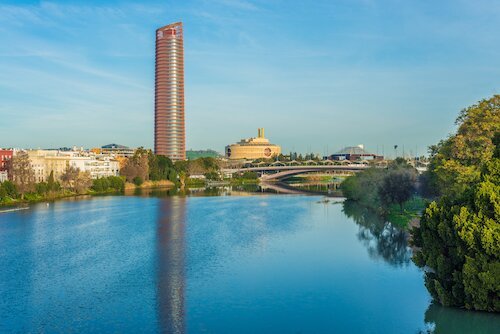 The Monteblanco Racetrack is located less than an hour outside of Sevilla. Monteblanco’s Formula GT driving experience gives petrolheads the chance to get behind the wheel of Ferrari, Lamborghini, and Porsche supercars. Drivers will speed around the 1.6-mile Monteblanco Racetrack and take on its twists and turns. The experience is carefully monitored by a highly knowledgeable instructor sitting next to the participant. Petrolheads will get expert advice from the instructors as they burn rubber around the racetrack.

Opened in 2014, the Acuario Sevilla, or Sevilla Aquarium, cost more than €8 million to build. Inside, visitors will find 35 tanks and more than 7,000 fish, reptiles, and sea animals. The most popular attraction is the one housing the aquarium’s bull sharks. Visitors can view the sharks via a walk-through glass tunnel that allows the two dangerous animals to swim around them. The aquarium is organized around Ferdinand Magellan’s famous circumnavigation of 1519. Visitors will be taken around the globe to see some amazing creatures.

A former Moorish medieval fortress, the Real Alcazar is a protected UNESCO World Heritage Site today. It was built in the 10th century. The Alcazar is a wonderful example of Arab-Islamic architecture. Its high dome ceiling, ornate friezes, and carved scriptures offer a fascinating historical look into Sevilla’s Moorish past. The gardens are glorious and provide visitors with a chance to explore manicured courtyards with fantastic fountains all around them.

Sevilla is one of the most beautiful cities in Spain. From its history as a Moorish stronghold to its Christian cathedral, Sevilla has a brilliant past and beautiful architecture to explore. Given its unique set of attractions, Sevilla is an excellent option for anyone who’s visiting Spain to consider.