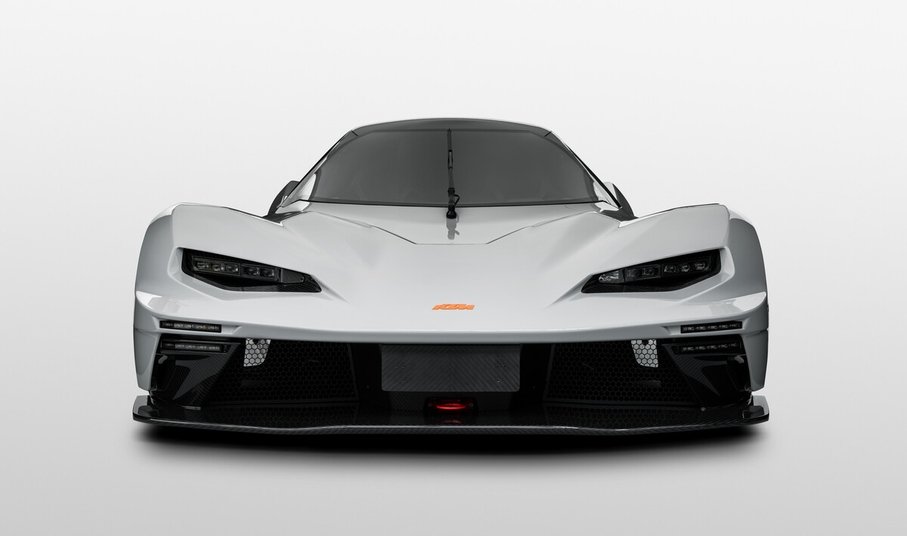 Based in Austria, KTM recently announced the road-going version of their GT2 racing KTM X-BOW, the KTM X-BOW GT-XR. A race car tweaked for the road, the GT-XR promises to bring the ultimate race car experience to the everyday driver.

While it could seem like the perfect excuse for driving a race car on public roads, KTM actually did try to design a proper road car by throwing in everyday essentials. Things such as a glovebox, a 160-liter trunk, air conditioning, and parking assistance all feature.

You'd be foolish for thinking of it as a road car, though. Right from its strikingly similar looks to its racing cousin, you can tell that the GT-XR is a racer at heart, with any other description only being supplementary.

Borrowed from the RS3, Audi's remarkable 2.5-liter five-cylinder engine is on duty here as has been the case with many of KTM's recent cars. While it churns out nearly 600hp in the GT-XR's race car sibling, it still manages to produce an impressive 493hp and 581Nm of torque in the GT-XR along with a top speed of 173 mph. 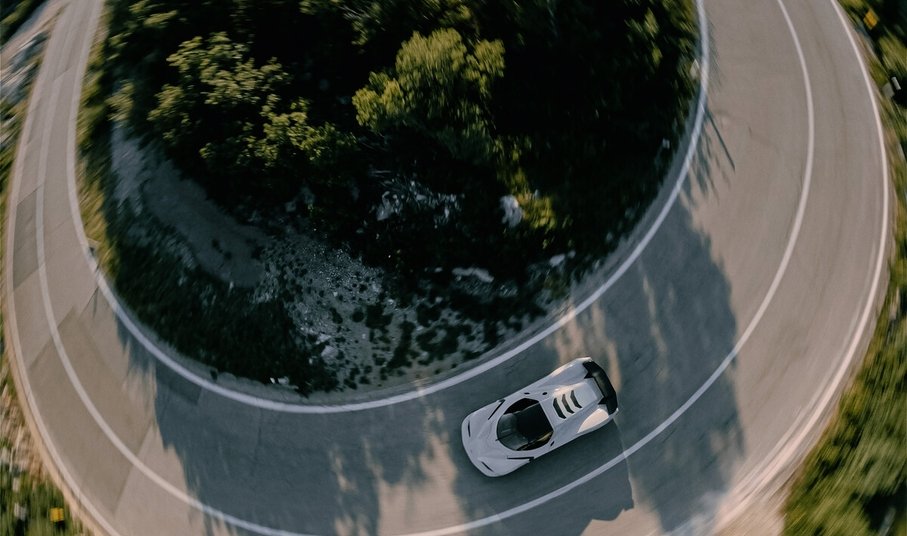 The KTM X-BOW GT-XR comes with a seven-speed direct-shift gearbox (DSG) and a mechanical motorsport differential, which work in tow to send power to the rear wheels.

Design-wise, you'd be hard-pressed to tell any major differences between the GT2 car and its all-new road-legal version. At the front, the car's horizontal headlights complement a rather mean-looking but streamlined design, while the back could easily pass as Lamborghini-inspired. 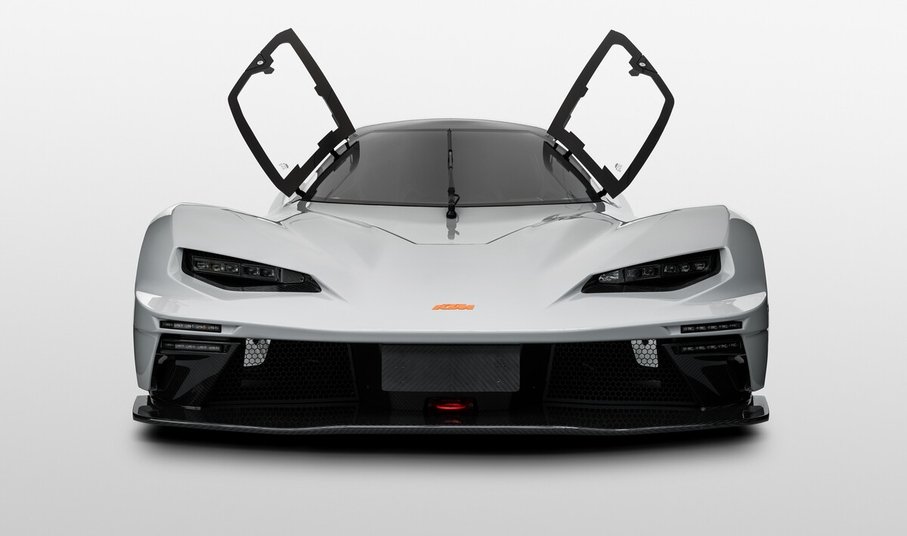 Perhaps many will be impressed by the fighter jet-like canopy, a feature that KTM has become well-known for. Also made from carbon, the canopy comes with a pair of glass doors that you can open and close by the press of a button on the car key.

With a full carbon fiber monocoque chassis and full carbon bodywork, the GT-XR comes with a dry weight of just over 1300kgs, making it one of the lightest road-going cars in its class. With improved rigidity, the monocoque not only ensures great weight savings, but also offers the cabin's occupants better protection.

Besides the car's most apparent aerodynamics and weight-saving features, KTM did make mention of a new "Aircurtain" system. Among other functions, the system channels air from the front spoiler and routes it around the car's floor, creating a seal of air underneath and enhancing its aerodynamic efficiency.

With a minimalistic and carbon-fiber-dominated cabin, it becomes immediately clear that the GT-XR is really a race car masquerading as an everyday vehicle. A pair of carbon fiber bucket seats, each with a four-point safety harness, a removable steering wheel with an integrated LED display, an air conditioning system, LED interior lighting, a digital rearview mirror, and smartphone integration with Bluetooth are some of the notable inclusions. 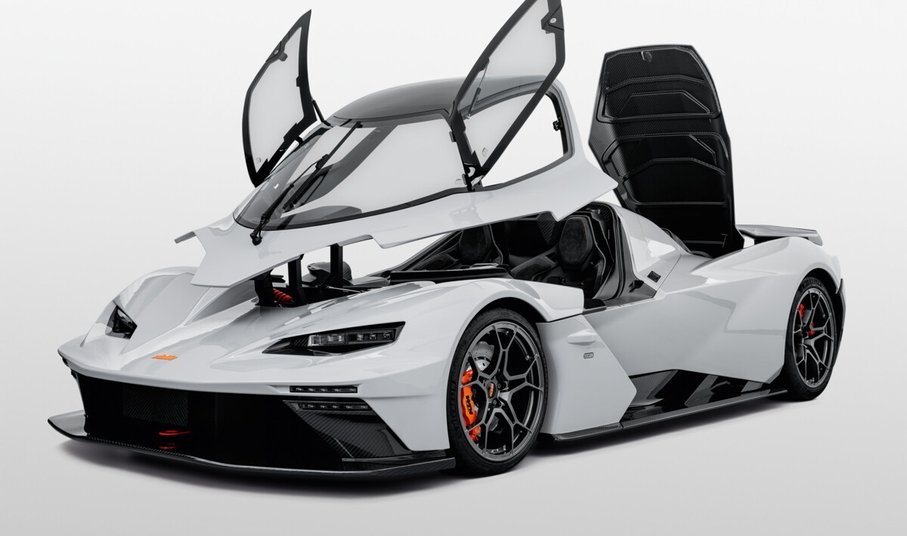 Approved for use throughout Europe, the all-new KTM X-BOW GT-XR carries a 285,000 (about $286.000 at current exchange rates) price tag and should hit the road sometime in 2023. KTM made no mention of whether the car will be available in the U.S., so watch this space.