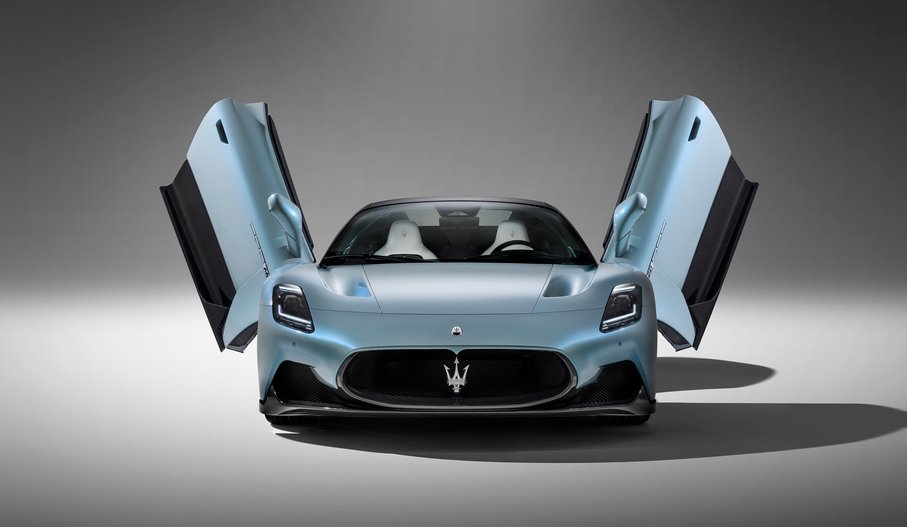 Maserati has just announced their newest spyder, the MC20 Cielo. Based on the MC20 Cielo Coupe, the 2023 Cielo is a beautiful piece of machinery that will have even the company's staunchest critics drooling. It might be as close to perfection as a car can get (or perhaps, we're getting carried away).

While the Cielo replaces the coupe's hard roof with a folding electrochromic glass roof, the spyder still manages to keep the sleek, yet bold, lines of the coupe. The driving experience is just as important, and like the coupe, fans will be happy to know that the spyder maintains the MC20s top-notch performance.

With a top speed of over 200mph and a 0-60 time of just 3 seconds, the MC20 Cielo comes close to matching its senior brother's performance. At these speeds, the Cielo is also easily one of the fastest open-top cars available. The name Cielo (Italian for "sky"), as Maserati says, refers to the car's open theme, which is inspired by the sky, sea, and oceanic waves.

The same Maserati 3.0 liter V6 engine that powers the MC20 Cielo also powers the spyder. Dubbed "Nettuno", the twin-turbocharged engine produces an impressive 621bhp and 538lb-ft of torque from 3,000rpm and comes paired with an eight-speed dual-clutch automatic gearbox. 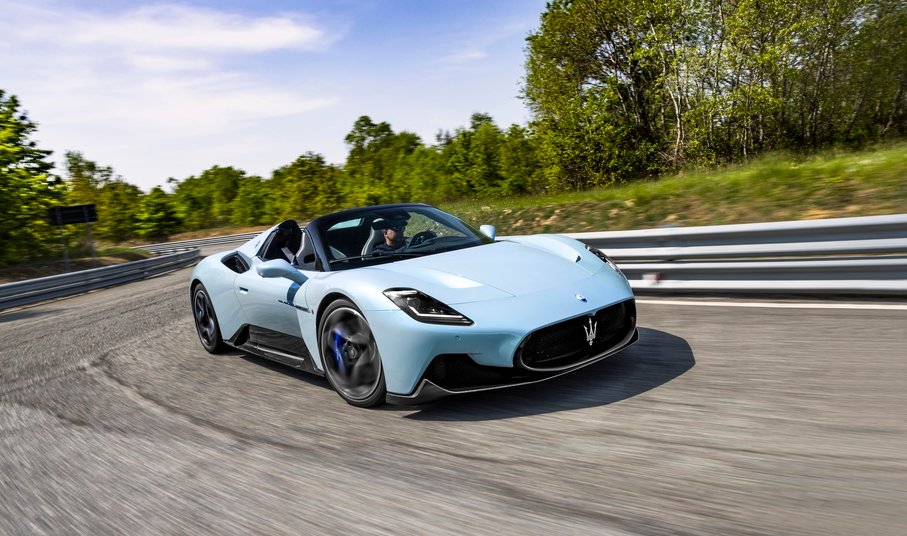 Maserati states the top speed is just over 200mph (325 km/h), giving the MC20 Cielo a rather rare combination of form and function, given that open-top versions tend to be a little slower (because of extra weight and worse aerodynamics) than their standard counterparts.

Speaking of weight, the all-new Cielo weighs in at just 143lbs heavier than the coupe; an impressive stat, given that the Cielo has a more rigid monocoque and a heavier convertible rooftop than its sibling.

Design-wise, the Cielo is one hell of a beauty. While it's largely based on the coupe, the new car adds several design features that help set it apart and give it an interesting and unique aesthetic. Take the car's retractable roof as an example. Thanks to Maserati's PDLC smart glass technology, the roof can switch from fully opaque to fully transparent with the touch of a button, making for a very neat party trick. 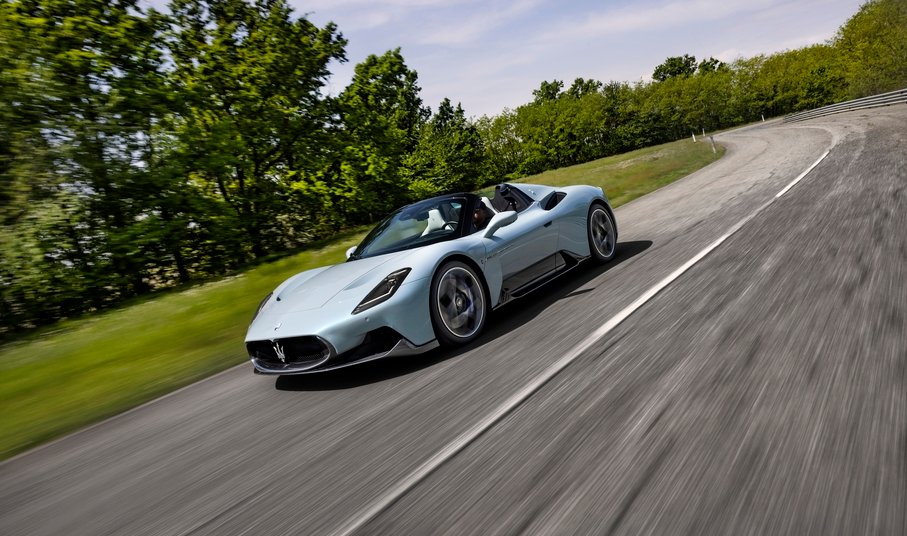 The Cielo was revealed in a special "Acquamarina" hue, a choice that perhaps more than anything emphasizes the car's interesting "sky" theme. Of course, buyers will have a range of colors to choose from, ranging from Rosso Vicente (red) to the company's famous Blu Infinito hue (electric blue).

The Cielo is completed with butterfly doors that "shift upwards and outwards towards the sky", 20-inch wheels, and a plethora of Cielo logos are just some of the other exterior design highlights.

Opening the doors, there is only space for two on the inside. Maserati has opted for a "clean and simple" setup for the interior, one that further emphasizes the car's nature-inspired approach. 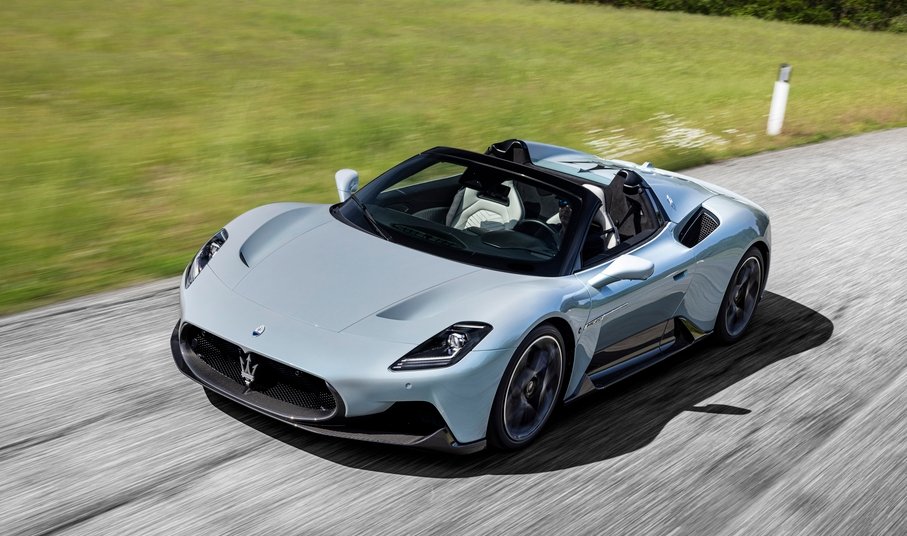 A 10.25-inch touchscreen illuminates the Cielos center console, while Alcantara seats and a Sonos sound system ensure that the driver and passenger are comfortable and entertained. Maserati's iconic rotary switch is on duty here too, albeit as a switch between the car's five drive modes: GT, Sport, Corsa, Wet, and ESC Off.

Maserati also made mention of the PrimaSerie launch line which is limited to just 60 editions. These models will add a tonne of other features, including the aforementioned Acquamarian exterior paint and a special "PrimaSerie" logo.

Details of pricing and availability remain unknown at this point. However, we expect the Cielo to carry a higher price tag than the coupe's $217,000.