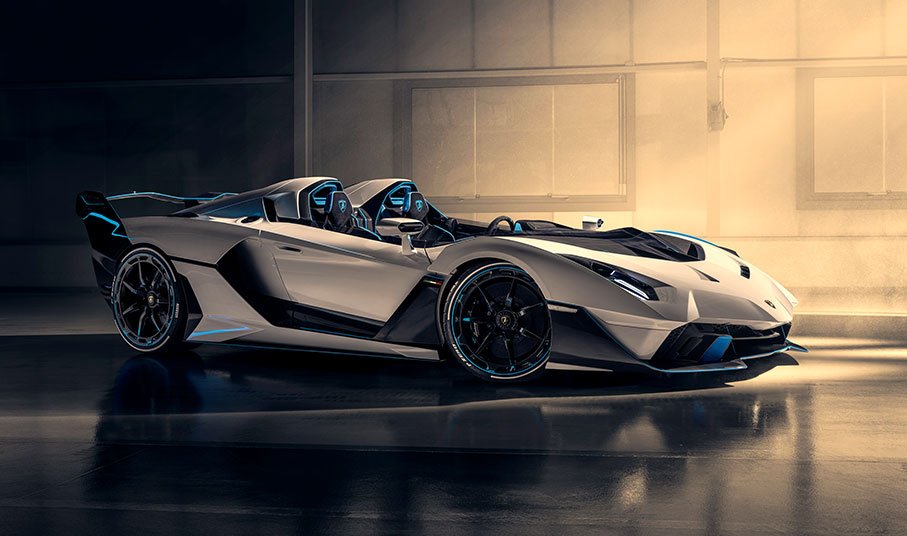 Easily one of the most intriguing Lamborghini cars in recent history, the Lamborghini SC20 is a roofless road-legal one-off from the Italian company’s Squadra course racing division, and boy is it a stunner.

Designed by “hand” by the Centro Ville team, the team worked in conjunction with the prospective new owner, largely drawing inspiration from some of the Italian company’s most stellar cars like the Diablo VT Roadster, Aventador J, and the Veneno Roadster.

While the new car can be easily dismissed as just one of a million “special edition” cars based on the Lamborghini Aventador, the SC20 is arguably the craziest of them all, and it takes just one look at it to find out why.

As you might have guessed, the SC20 comes with Lamborghini’s all too popular 6.0 Litre V12 engine. However, it comes with some extra punch in this case. Producing an impressive 759 bhp and 720 Newton-meters of torque, the engineers over at Squadra Course pushed the engine quite a bit. The results of which can be seen in the car’s rather impressive 0-60mph time of 2.5 seconds. 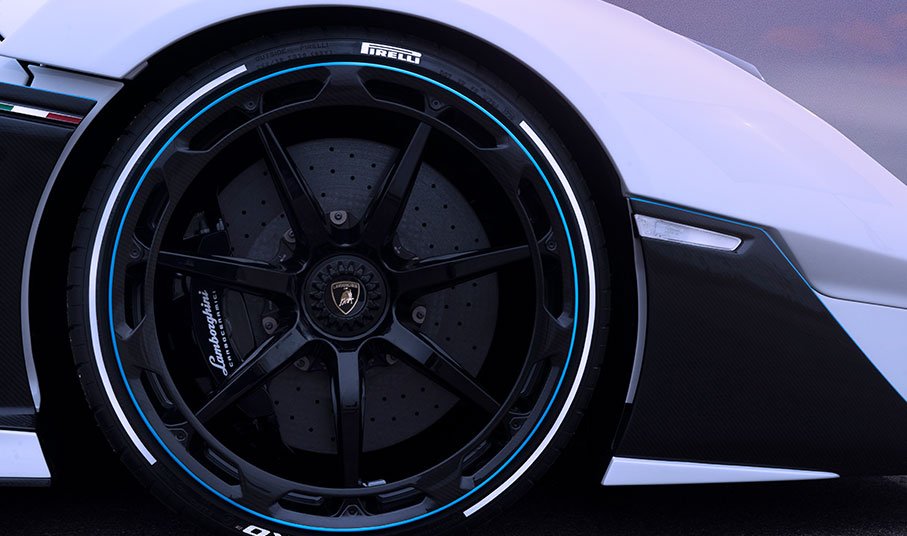 Working in unison with the engine is a 7-speed Independent Shifting Rod (ISR) gearbox system that delivers the engine’s massive power to the car’s four-wheel-drive system.

Ditching both the roof and windshield, it is clear that the designers wanted to make the new car stand out, and there’s little doubt that they succeeded. On the outside, the SC20 looks as mean and aggressive as we’ve grown to expect of Lamborghini cars, with a number of vents, scoops, and angles prominent in the car’s body. 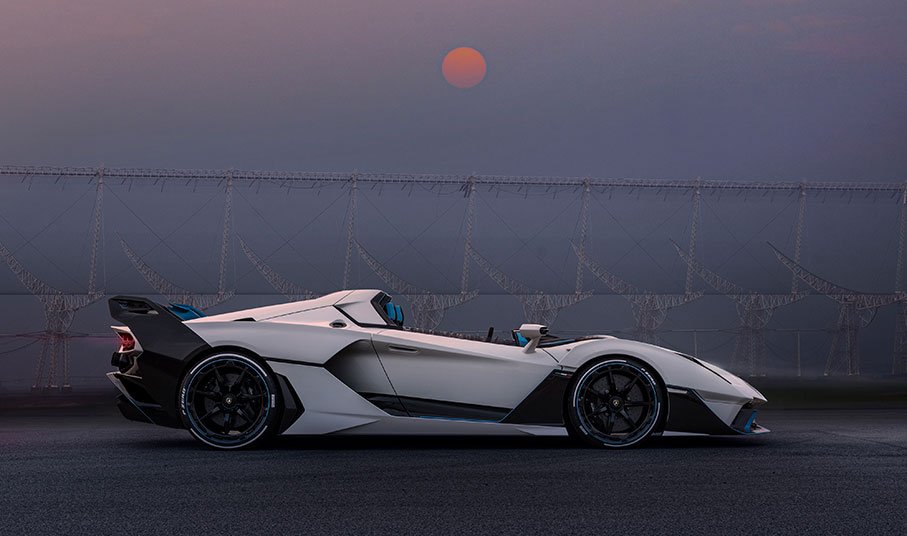 At the front, a pronounced wide splitter sandwiched by fins and headlights that the company says won’t feature on any future Lamborghini steal the show. At the back, a humongous manually-adjustable carbon fiber wing, dual exhaust pipes, hexagonal taillights, and a huge diffuser complete a feature-packed list.

If there’s anything simple on the outside, it’s the car’s rather modest but unique paint job. Named “Bianco Fu”, the paint is a shade of white that beautifully complements the car’s somewhat overdone design. Remember the law of contrasts? The paint job is neatly contrasted by “Cepheus” blue and “Nero Cosmus” black accents.

Of course, both the car’s body and monocoque are made from carbon fiber. Lamborghini says the SC20’s carbon fiber body was “polished and slicked down by hand” by its aerodynamic engineers to deliver optimal airflow for both performance and cabin comfort. This makes the car comfortable for open-air driving, even at high speeds. 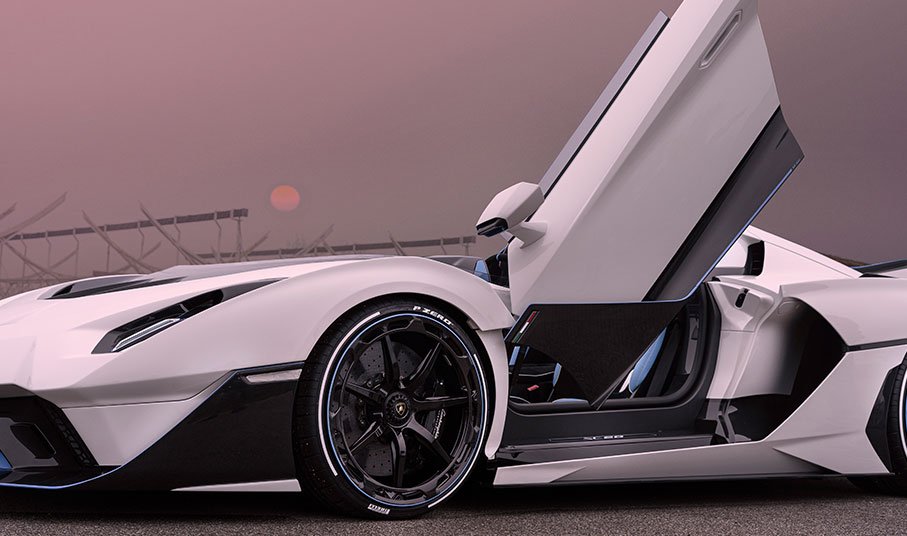 Alcantara, leather, and aluminum are also used sparingly on the inside. The price? Since it won’t show up in any showroom, it’s safe to say we don’t really want to know.

Recently, we've seen a few hypercar roadsters released. These include the Ferrari Monza and McLaren Elva. So the more interesting question is, which qualifies as the ultimate roadster. We'll step aside and let the fanboys make their case.