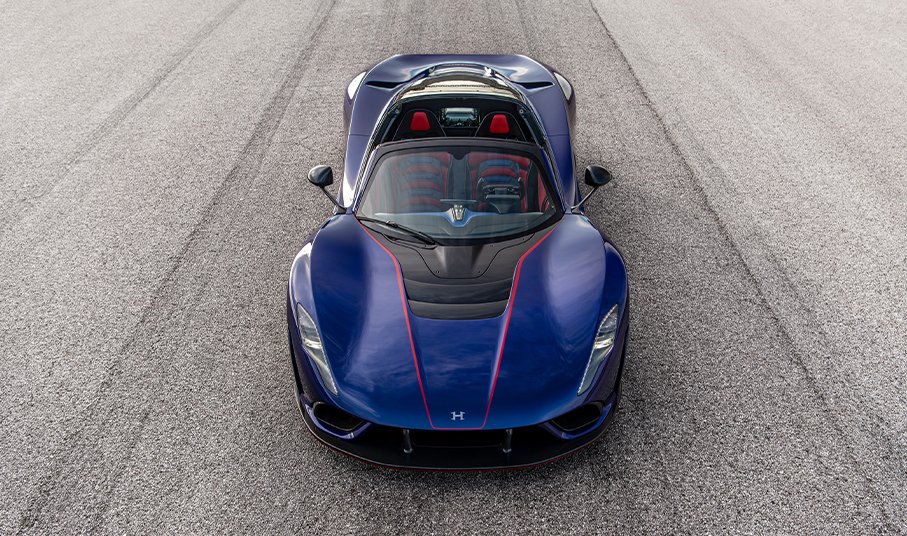 Touted as the world's fastest roadster, the Hennessey Venom F5 just made its world debut at The Quail, during Monterey Car Week. While we've been expecting it for quite some time, very few cars get us this excited.

A follow-up to the hardtop F5 Coupe that was announced about a year back, the all-new Roaster comes with a lot of responsibility on its shoulders. With its immediate predecessor (the Hennessey Venom GT Spyder) holding the title of the Worlds Fastest Roadster, the F5 has a lot live up to, but it certainly has the tools to make it rocket fast.

Speaking of tools, Hennesey says the open-top F5 Roadster is mechanically identical to the Coupe. That doesn't mean it isn't a car of its own though, and as many will tell you, it takes a lot more than just chopping the roof off to make a crazy fast convertible.

Nicknamed Fury, the Roadster F5's 6.6-liter V8 engine produces an astounding 1817 bhp and 1183ft-lb of torque. The engine works in concert with a seven-speed single-clutch gearbox that channels all the horses to the rear wheels. While actual performance is yet to be determined, Hennessey says the Roadster will do more than 300 mph which should be enough to beat the Venom GT Spyder's 265.6 mph. 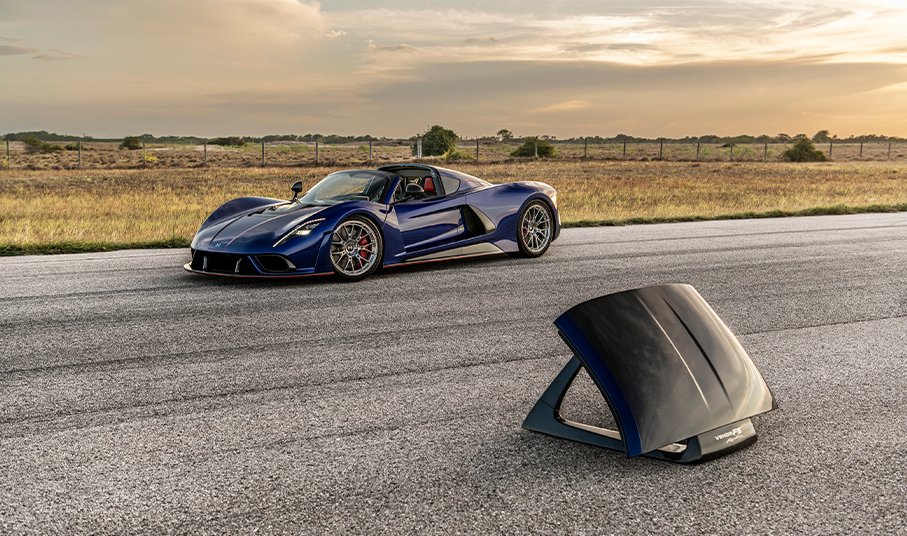 Just like top speed, the car's zero to sixty numbers won't be validated just yet as the Texas-based company aims to do validation tests only when the cars production rate levels out (cheeky if you ask me!).

With the exception of the fact that it's roofless, the F5 roadster looks a lot like its hard-top sibling. Hennesey says the Coupe was designed with an open-top version in mind, so perhaps the likeliness shouldn't be much of a surprise. 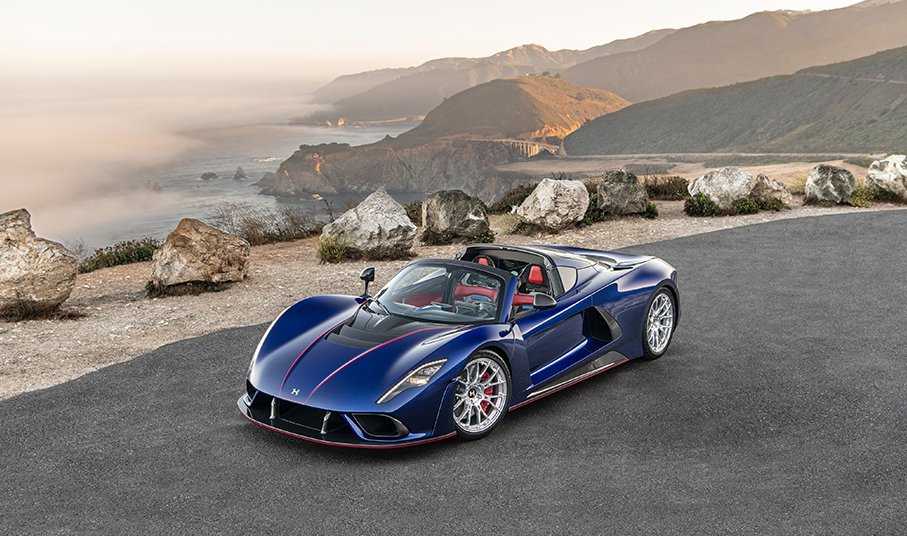 At the front, the F5 literally ports over the coupe's look with a pair of futuristic LaFerrari-Esque vertical headlights, huge bonnet ducts, clean curves, and a slick spoiler.

The story is a bit different at the back where apart from a familiar tail light and exhaust pipe layout, a huge glass window provides a view of the humongous engine. Developed and certified for use in jet aircraft, Hennesey says the window can withstand all sorts of aerodynamic forces at crazy speeds and temperatures in excess of 1,000 degrees Fahrenheit.

Tipping the scales at 1,405 kg, the Roadster comes in just about 99 kg heavier than the coupe, an impressive stat considering the fact that open tops almost always have to weigh significantly more than their hardtop counterparts. Hennessey says the roaster's removable single-piece roof weighs just 8kg and should be easily installed and removed by a single human.

The Hennessey F5 Roadster will be manufactured at the company's headquarters in Texas and should hit the road later in the year. A $3 million price tag awaits whoever is willing (and rich enough) to own one of only 30 that will be made.