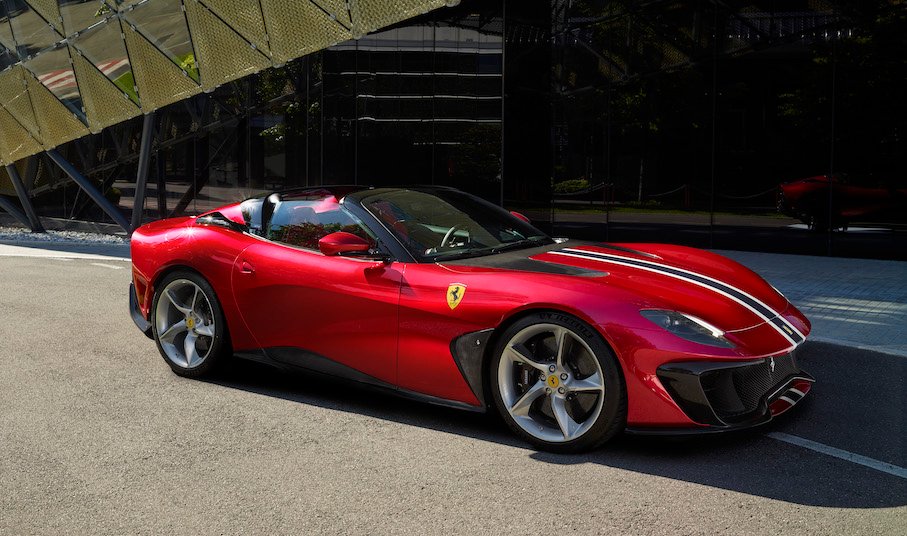 With a long list of spectacular one-offs under their belt, the folks over at Ferrari just blessed us with another: the SP51 and it's looking like a masterpiece. Tailored to the liking of an unnamed Taiwanese collector, the SP51 features a series of bespoke designs and features in a bid to make it the most incredible one-off in the Maranello-based company's lineup.

Designed by the Ferrari Styling Center headed by Flavio Manzoni, the SP51 is a front-engined V12 spider that is largely based on the 812 GTS; borrowing from the latter's layout, chassis, and engine. It, however, ditches the 812 GTS retractable roof, opting for a permanently open-top setup.

Ferrari made no mention of the SP51's power or performance stats. However, the same V12 engine produces 789hp and 530lb-feet of torque with the 812 GTS with a 0-60 time quicker than 3 seconds, and a top speed of 211mph. In addition, it can be safe to assume that the 812 GTS seven-speed dual-clutch transmission is also on duty here and should similarly send the engines output to the rear wheels. 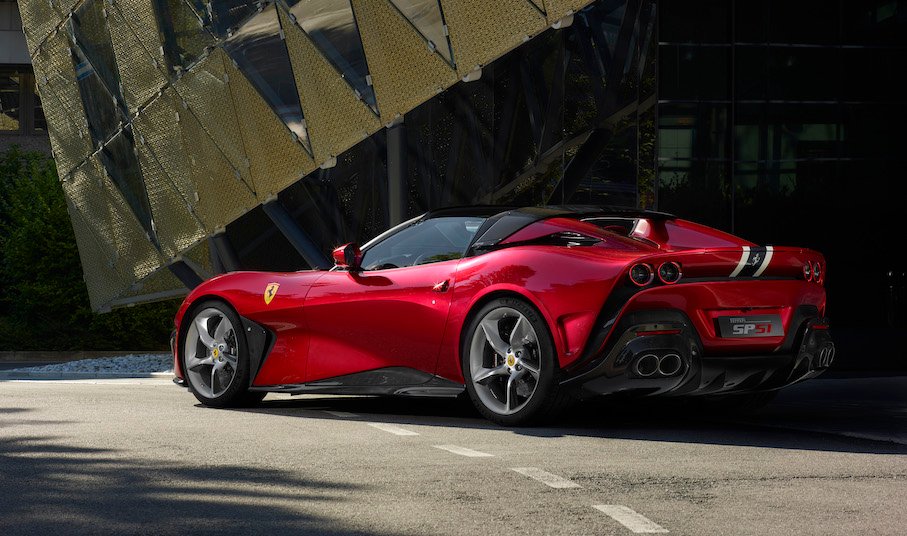 According to Ferrari, the SP51 is a result of the direct cooperation between the car's unnamed owner and the company's styling division. Two things stand out from the get-go. The first is a blue and white strip that runs from the front to the back of the car; a tribute to the iconic 1955 Ferrari 410S.

The second, and perhaps most apparent, is the lack of any kind of roof structure, nullifying any chance of taking the SP51 out for a ride in the rain. While it's definitely remarkable, ditching the roof does come with certain implications, especially on the aerodynamics front.

Of course, the folks over at Ferrari know what they're doing and have conducted a series of wind tunnel simulations to ensure that the car's design is aerodynamically efficient on the outside and comfortable enough for the cabin's occupants. 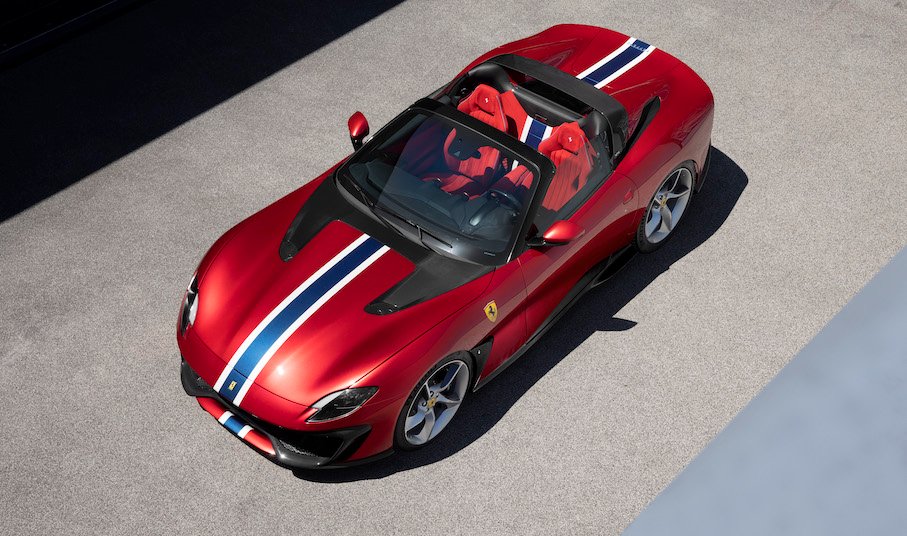 Developed specifically for the new car, a red paint job dubbed Rosso Passionale encapsulates a pretty stunning design and adds to the uniqueness of an already exclusive piece of work. At the front, sleek headlights give the SP51 an instantly recognizable and forceful identity while a pair of flying buttresses behind the cabin and a carbon fiber wing give the rear a somewhat distinctive feel.

On the inside, glossy carbon fiber and Rosso Passionale colored Alcantara fittings make the cabin feel as premium as a Ferrari can get, while the iconic blue and white strip makes its uninterrupted journey to the back of the car through the interior.

A tradition that dates back to 2008, Ferrari's one-offs are bespoke cars built on the request of a customer and come with exclusive designs developed in collaboration with the buyer. Ferrari says it takes an average of two years to get the car from the design stage to the road. The Italian company however made no mention of how much money their long-standing customer had to part with for the VIP experience.