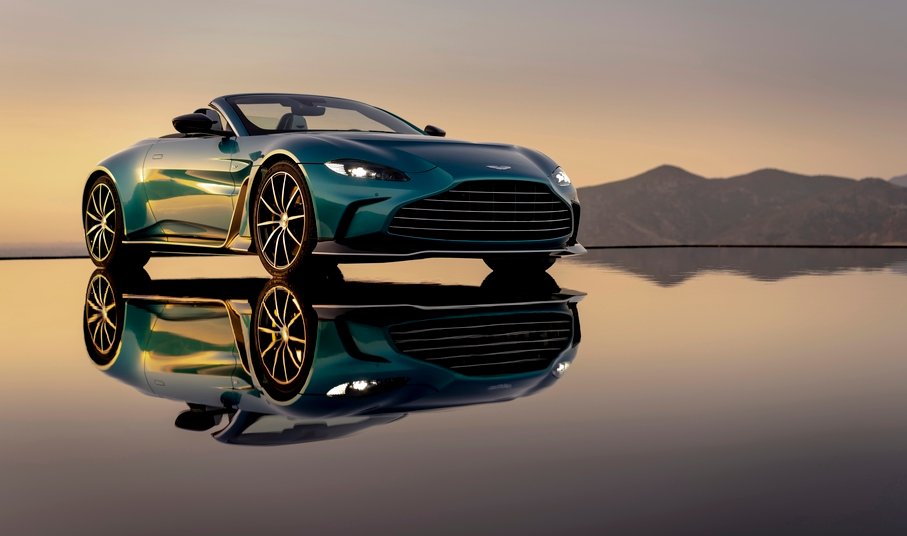 Speed, style, and comfort. Three words that best describe Aston Martin's latest open roof offering: The V12 Vantage Roadster. Officially the last 5.2 liter Twin Turbo V12 Vantage, the Roadster aims to give the series a befitting send-off, and it does so in style. With a top speed of 200mph, it's definitely not Aston Martin's fastest convertible, but it nevertheless manages to make itself hard to ignore.

Based on the Coupe that Aston Martin announced in the Spring, the Roadster shares an awful lot with its hard-top counterpart, but that comes as no surprise to anyone that's been following the series for a while. What should be news, however, is the fact that the car even exists in the first place. At its unveiling, Aston Martin touted the Coupe as the final entrant in the V12 Vantage series, saying they had "no plans" for a Roadster version or any other V12 Vantage for that matter.

Clearly, they had a change of heart, and we certainly aren't complaining, and hopefully, neither will the already-confirmed 249 buyers of the only units available.

As its name suggests, The Aston Martin V12 Vantage Roadster is powered by the British company's in-house and all too popular twin turbo-charged V12. Shared with the coupe, the V12 produces a respectable 700PS and 753Nm of torque, enough to give the Roadster a 0 to 60 mph time of just 3.5 seconds and a top speed of 200mph. 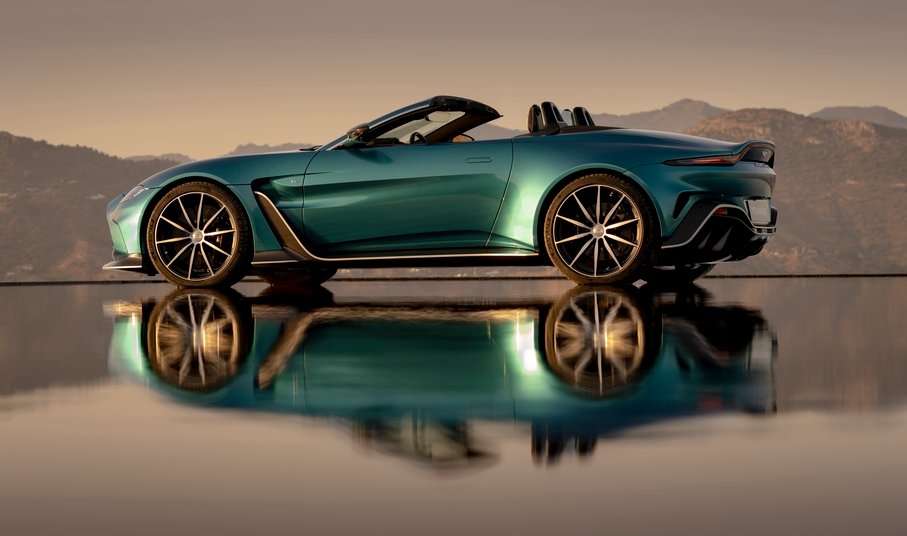 Again, just like the coupe, a ZF eight-speed automatic gearbox is tasked with transmission duties and sends the V12's output to the rear axle. The gearbox has been optimized for the smoothest of shifts and should give drivers a more interactive and engaging experience.

Not much has changed in terms of design (not that we expected it to anyway). In relation to the coupe, two exclusions are easily noticeable. Of course, the first and most obvious one is a retractable roof. The second omission is the rear wing which can now be purchased as an add-on for those in search of some extra downforce. 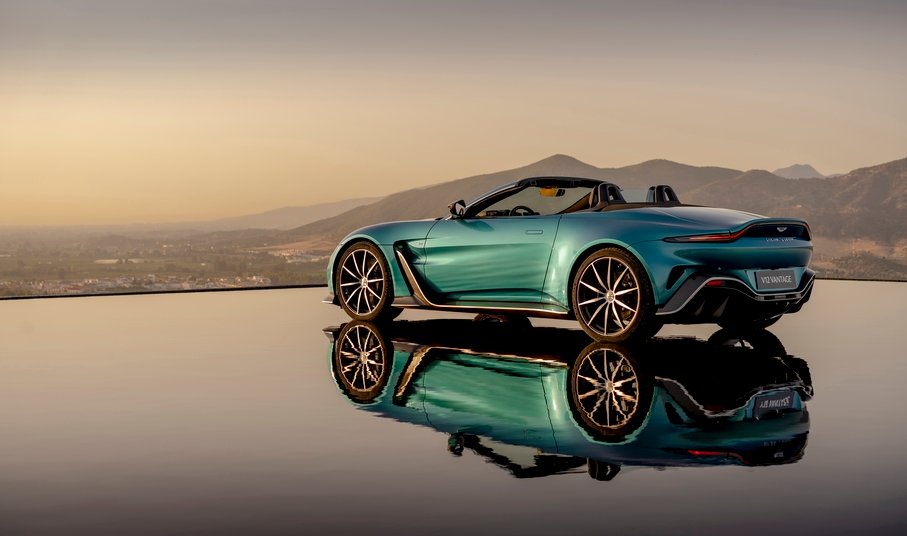 Apart from those two, this is basically the same car. Aston Martin's signature horizontal grills feature at the front, there is a beautifully curved silhouette, and a rear that you've probably seen before are all on offer.

The interior is pretty much the same, too, although we particularly like the comfortable-looking Sports Plus Seats that come in a full semi-aniline leather trim. Buyers do have the option of parting with a few more Benjamins for a pair of carbon fiber shell seats. Q by Aston Martin will be on point to ensure that the Aston Martin Vantage Roadster is as unique as it gets for each customer.

A serial case of "chop the roof off and give it a new name," the all-new Aston Martin Vantage isn't the most exciting car announced in recent times. However, for many fans of the brand, it closes the curtains on a lineup that has been adored for its speed, style, and comfort for many years.

The Aston Martin Vantage Roadster is scheduled for delivery in the fourth quarter of 2022 and should cost about $350,000.