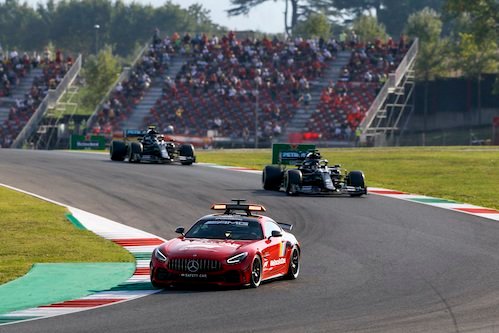 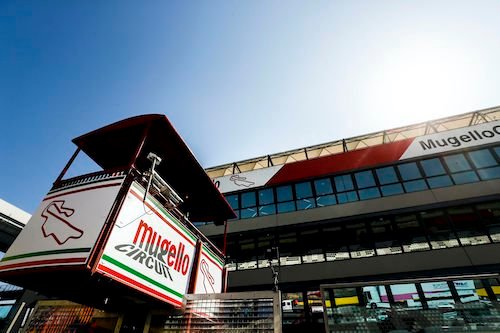 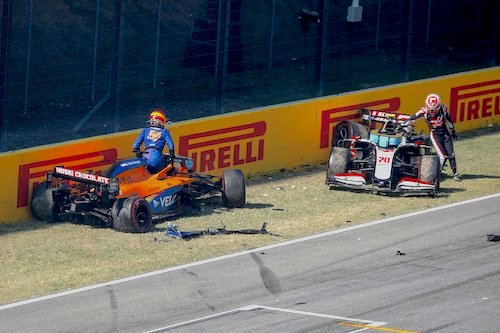 Mugello played host to its first-ever Formula One race this weekend with the Tuscan Grand Prix. The circuit is well known to motorsport fans with its Ferrari ownership and Moto GP rounds, but there had never been an F1 event around the undulating tarmac before. That statistic changed dramatically on Sunday with what felt like three F1 sprint races as chaos and carnage resulted in two race restarts and three safety car stints.

The two Mercedes were, once more, in a class of their own and aside from a brief 1-lap cameo from an opportunistic Daniel Ricciardo, locked out the front two places for the entire race. Lewis Hamilton started from pole, but it was Valtteri Bottas in the lead by turn 1. The battle for first place was fought between the start/finish line and that first corner throughout the race. Hamilton retook the lead here after the first red flag restart and didn’t relinquish it at the final race restart as he extended his championship lead over his Finnish teammate to 55 points.

Although the dueling Silver Arrows gave more entertainment than usual, it was the drivers tripping over themselves for the rest of the points-paying positions who captivated viewers. Max Verstappen’s September trip to Italy went from bad to worse. A Mugello DNF now joins his retirement at Monza from one week earlier. Verstappen’s Red Bull was low on power, and he slipped from a third-place start to the back of the pack in just two corners. With a gaggle of drivers vying for early positions, a quarter of the field made contact at turn two.

After colliding with Lance Stroll, Carlos Sainz span and faced the wrong way. Separately, Kimi Raikkonen, Pierre Gasly, and Verstappen hit each other as well. Raikkonen, Stroll, and Sainz continued, but Verstappen found himself beached in the gravel with last week’s race-winner Gasly. In an early sign of things to come, the safety car was deployed while the marshalls took their time to clear the aftermath.

With the pit straight being so long, Valtteri Bottas didn’t want to let Hamilton benefit from a slipstream on the rolling restart when the SC pulled in. Bottas waited until the very last moment to go full throttle to effectively reduce the length of the straight and protect his lead. Although entirely within the rules, it’s not the norm and the drivers behind him misread the situation. Some put the power down too early while others in front were still running slow. A mixture of cars going all brakes while others went full gas led to Antonio Giovinazzi slamming into the back of Kevin Magnusson and Nicolas Latifi, with Carlos Sainz rear-ending them all in a messy four-car pileup. Cue safety car number two.

Initially, the safety car was to go through the pit lane allowing a clean up of the start/finish straight damage. The race directors quickly opted to switch to a full red flag because of the scale of destruction. Renault’s Esteban Ocon retired in the garage during the stoppage too, and without a single competitive lap of racing, the grid was down to just 13 runners. Lewis Hamilton retook the lead at this restart, and thankfully all remaining drivers safely found their way around the track without hitting one another.

The 1km pit straight continued to be the focal point for action, with the speed advantages of DRS in full display. Although Ferrari was celebrating their 1000th Grand Prix at their home track, there was little for the Tifosi to cheer on Sunday. Charles Leclerc had a high starting position thanks to his fast lap in qualifying. However, he lost place after place in the DRS zone with the Ferrari power unit once again getting outclassed by every other manufacturer. 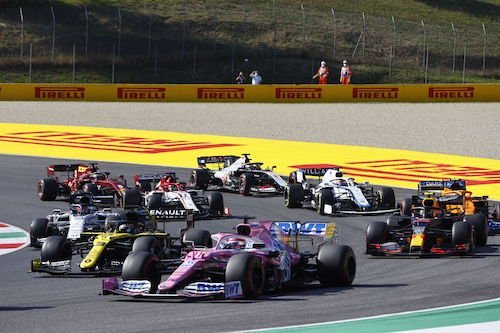 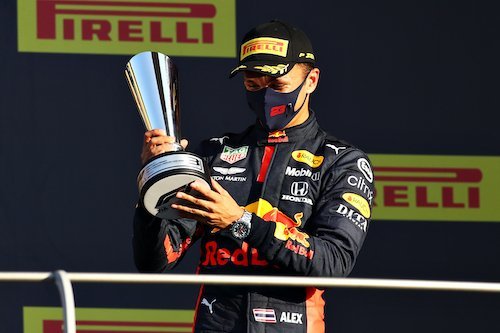 The most potent overtaking method though was pitting in, with the undercut paying dividends for the early stoppers. Ricciardo found himself well ahead of Stroll without overtaking the Racing Point on track and hunting down a podium for the second time in three races.

He may well have clinched that third-place finish, too, if it weren’t for a third and final safety car. Lance Stroll’s left rear tire failed, and the Canadian spun at high speed into the barriers, completely wrecking his chassis. Again, it didn’t take long for the red flags to wave as the tire barrier needed reconstruction. And so the drivers faced their third standing restart of the day. This time, the lead didn’t change hands, and instead, a fast-starting Ricciardo took second position from Bottas.

The Australian’s Renault lacked the speed to keep ahead and fell back to third place one lap later. In this final phase of the race, Ricciardo’s car was slower than Alex Albon’s Red Bull after easily keeping him behind earlier on. The Thai driver took third place away from Ricciardo with eight laps to go and finally scored his first F1 podium.

After a tiring nine races in just eleven weekends, F1 will return to something resembling regular service. Races will be every two weeks until a final-triple header in the Middle East at the end of the year. We are past the halfway point of the 2020 season, and it seems nothing can stop Lewis Hamilton from his seventh title. The question now switches from ‘will he win the title,’ to ‘at which race will he win the title.’ For me, Hamilton thoroughly outclassing Bottas this weekend, and Bottas’s failure to take advantage at Monza last week unofficially marks this fortnight in Italy as the end of the 2020 championship fight.