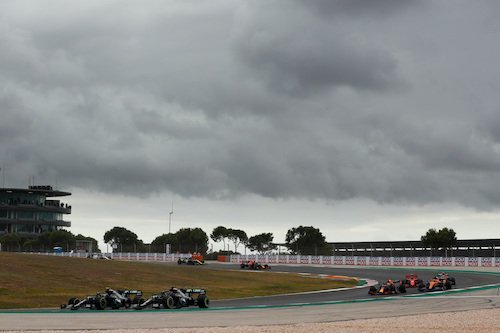 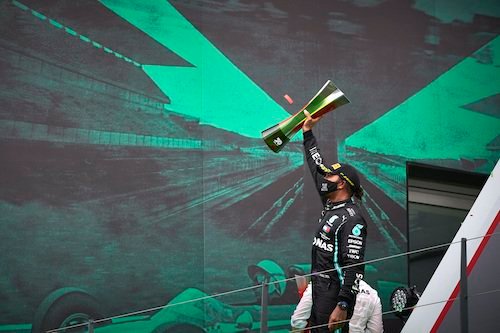 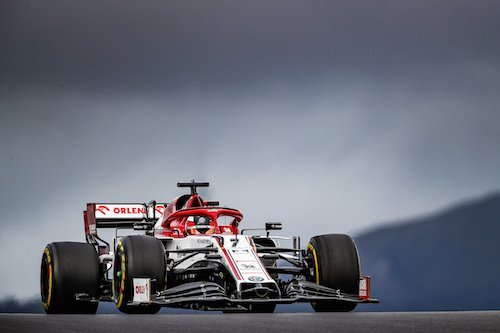 Although Michael Schumacher’s 91 race wins looked an unsurmountable achievement when set 14 years ago, there was a sense of inevitability in the air that the record would topple when Lewis Hamilton took pole in Portugal. No one could’ve imagined Portimao as the location Hamilton would take his 92nd victory ahead of the season, but F1’s latest debut track provided an excellent circuit for the six-time champion to once again demonstrate why he is deserving of the records he keeps on collecting.

Things weren’t looking as simple for the Briton in the run-up to Saturday afternoon, however. Throughout each practice session, Hamilton’s teammate, Valtteri Bottas, was the man to beat as Bottas took P1 in FP1, FP2, FP3, then again in Q1 and Q2. But with cooler temperatures on a recently resurfaced track, Lewis opted to try a multi-lap approach rather than Valtteri’s single hot lap in Q3. He took first place by a tenth of a second as Mercedes preserved their pole position streak of 2020.

On Sunday, questions over where overtaking would be possible ahead of the race were immediately answered after the lights turned green. The undulations and wide track coupled with light rain in the air allowed for plenty of side by side racing on the slippery tarmac. Bottas lost out off the line to third-place Max Verstappen, who took second place from the Finn. But Valtteri fought back with a vengeance and took not just P2 but also wrestled the lead from a surprisingly cautious Hamilton.

Behind the leading Mercedes, Verstappen made contact with the Racing Point of Sergio Perez, spinning the Mexican into the grass and demoting him to the grid’s back. Charles Leclerc’s Ferrari and both McLarens also showed their speed on the soft tires. The red-walled rubber provided more grip than the mediums on the Mercedes cars. But it was Carlos Sainz in particular, who impressed as he took the lead from Bottas with teammate Lando Norris not far behind in P4.

The nostalgia trip at McLaren didn’t last too long, though, as the soft tires lost grip, and both orange cars slipped into the clutches of the chasing pack. With the single DRS zone on the start/finish straight being perhaps a little too powerful, it didn’t take long for Sainz and Norris to succumb to the pressure from not just the traditional lead trio of the Mercs and Verstappen but also Pierre Gasly and Lance Stroll. While Gasly’s redemption arc continued with a superb P5 finish, Stroll’s return to racing this week wasn’t as impressive. The Canadian attempted a pass on Norris into T1, but he clumsily turned in on his McLaren rival, damaging both cars and earning himself a 5-second penalty.

Meanwhile, up at the sharp end, Hamilton’s slower start began to look genius as he worked his tires into their peak operating window and quickly closed the gap onto Bottas. The pace advantage Bottas held over Friday and Saturday vanished, and Hamilton easily retook the lead, aided by DRS. With Verstappen holding his own in third but unable to close down Bottas, the familiar HAM-BOT-VER line up was back, and it remained as such until the chequered flag. 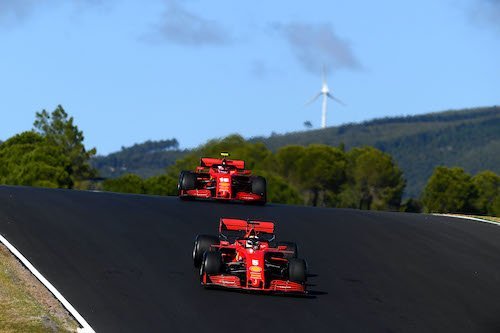 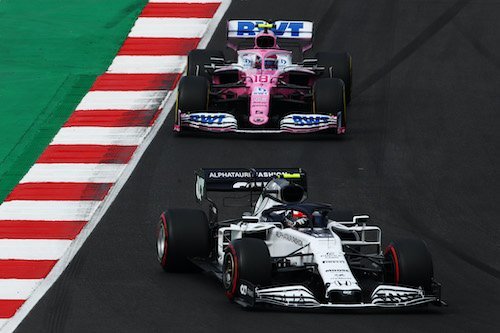 While the race for the podium was over, the battle behind the leaders continued to rage on. The lightning start of Kimi Raikkonen, who took ten positions over the first lap, meant the Alfa Romeo was fighting for points. The Iceman went tire-to-tire with Carlos Sainz in a fierce battle for tenth place, which lasted over half a lap. Not to be outdone, Esteban Ocon and the recovering Sergio Perez did the same one lap later in a fight for fifth.

Both Ocon and Perez had made their tires last well into the race, although Perez had pitted on lap one thanks to his contact with Verstappen. But Ocon had driven particularly well to nurse his Pirellis to 54 laps before pitting and will be happy with a P8 finish, ahead of the sister Renault of Daniel Ricciardo. Sadly for Perez, his amazing fight back faltered late in the race as his soft tires wore out, and he slipped back from fifth to finish a still respectable seventh.

Despite the close midfield battles once again taking the lion’s share of screentime, the ‘best of the rest’ award went to Charles Leclerc, who barely featured in the coverage. The Ferrari driver took fourth place in both qualifying and the race, which is easy to overlook. But Leclerc was the only driver outside the podium to end the race on the same lap as the leader. With Charles’ outgoing teammate Sebastian Vettel clinching tenth in a rare double-points finish for Ferrari, some positivity could finally be returning to Maranello.

The day belonged to Lewis Hamilton, though with his 8th win of the season and 92nd of his career. He has surpassed Schumacher and is now unmatched with regards to race victories. A 77 point advantage in the championship with five races to go means the title could be his this weekend if he wins, and Bottas doesn’t score points. With Hamilton claiming victory this season at every unscheduled track F1 has visited, wins at Imola and Istanbul look a near certainty.