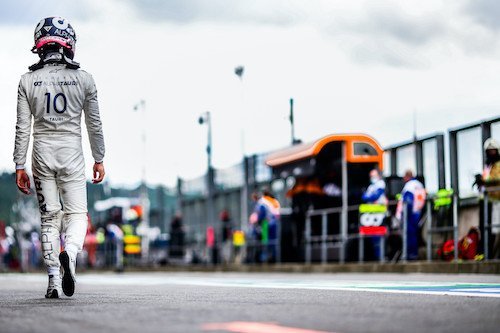 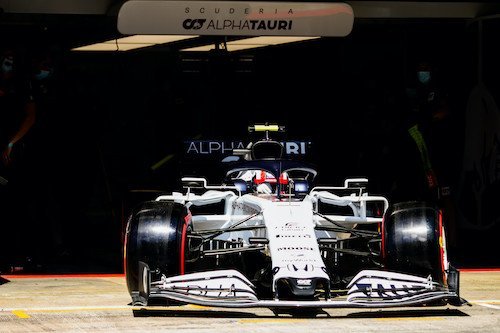 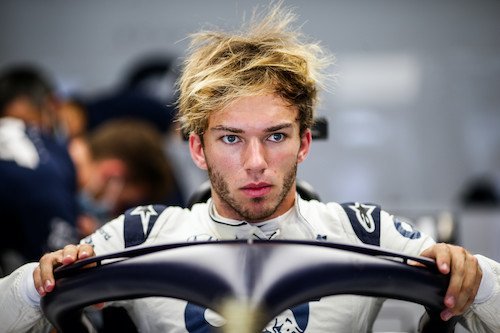 Formula One’s delayed 2020 season isn’t proving to be an enthralling battle for the championship. If Lewis Hamilton, Max Verstappen, and Valtteri Bottas aren’t on the podium together, then that’s a bellwether of how exciting a race was at the front. Many fans are understandably disappointed at the lack of competition as we watch Hamilton glide towards his seventh title.

But behind this leading trio are an abundance of stories and close battles worthy of some attention. And after fans voted him Driver of the Day at the Belgian Grand Prix, it seems people are casting their attention to the intense midfield fight and the comeback story of AlphaTauri’s Pierre Gasly.

The rebranded Toro Rosso team are enjoying a competitive season so far. The Italian outfit is well ahead of the backmarker teams of Williams, Haas, and Alfa Romeo, meaning that they have a real shot at a points finish every race. Hungary has been the only Grand Prix of 2020 where an AlphaTauri hasn’t finished in the top 10, and the engine problems plaguing one car at Budapest had a lot to do with that. Being demoted from one of the ‘big teams’ isn’t on any driver’s to-do list. However, with the pace of the AlphaTauri this year, Pierre Gasly may have found himself a springboard back to the top, but should the Frenchman strap himself in for the long haul instead?

Ranking drivers in Formula One is an impossible challenge. The development disparity between the teams and car performance variation from track to track renders any comparison based on finishing position redundant. Instead, we observers turn to the teammate battles, which gives a fairer gauge. Thus far, the AlphaTauri point-count for 2020 is 20 points, and Pierre Gasly has won 18, or 90%, of those. While much attention has been on George Russell for consistently outqualifying his teammate, Gasly has been the highest starting AlphaTauri at all but the last race at Spa. And the gap between Pierre and teammate Daniil Kvyat in Belgium on Saturday was just 0.015s.

Unlike 2019 where we only had half a season to compare the Frenchman, including an incident-affected fortunate second-place at Brazil to skew stats in his favor, Gasly is quite simply outdriving Kvyat this year. Meanwhile, at AlphaTauri’s parent team, Red Bull, the hopes pinned on Alexander Albon are fading race by race. We are close to a mirror of where we were for 2019’s halfway point in the season, and again, not-so-quiet whispers of a Red Bull driver swap are becoming weekly news. Christian Horner denies Red Bull intends to swap out Albon for Gasly but doesn’t that sound a familiar story?

Here’s the rub, though, and why ranking drivers is such a challenge, Gasly may do no better than Albon even if he did get promoted mid-season. The two young stars have driven each other’s cars but have never been at the same team at the same time. How do you decide who the better driver is? It’s impossible to say if Gasly would continue Albon’s lackluster performances if he received the nod. Max Verstappen will always be the priority at Milton Keynes for Red Bull to worry over, not whoever occupies the second car. Like us, they know that Max is a generational talent who can magic an overtake or win from nowhere. He’s a proven race winner, polesitter, and teammate beater. Oh, and let’s not forget Max is also younger than all three others in the Red Bull driver stable. You can’t blame Red Bull for putting all their eggs in one Dutch basket. 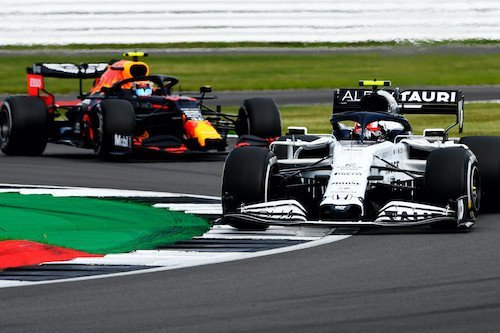 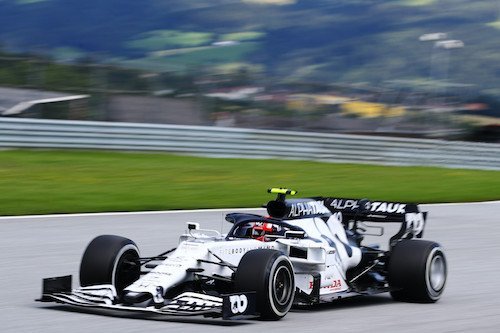 If I were Pierre Gasly, I’d welcome the chance to remain at AlphaTauri for 2020 if given a choice. The familiarity of mechanics in a low-pressure environment where he’s spent 24 months of his life. No media spotlight. A teammate that’s making you look good. And, of course, most importantly, driving the best livery on the grid.

But seriously, at this point in Gasly’s career, he has an opportunity to solidify his reputation, and thus place in the sport for the mid-term. A chance to avoid becoming a Stoffel Vandoorne or Sergey Sirotkin, and establishing a name that will keep other teams on the grid thinking he’s a solid prospect when they need to replace a driver. The alternative for Gasly, if the call were to come, would have a possible path of becoming a two-time Red Bull family reject. His current Russian teammate has that title following successive drops from Red Bull, then Toro Rosso, and when did you last hear of Kvyat getting linked to another team?

With 2021’s development freeze all but ensuring no massive performance shake-ups until 2022, I’d argue the best thing for Gasly would be to grow quietly as a wallflower into the strong frontrunner driver he could become. Frankly, I don’t think he would get much closer to Max any time soon, if ever. I haven’t seen enough early-career ‘wow’ speed from him as Hamilton and Vettel had, or Leclerc and Verstappen have, to make me think he will be a modern-day great. But F1 needs to have Mark Webber’s or Felipe Massa’s – long-lasting, fast drivers who are just shy of greatness – to exist, and that’s the position I can see Gasly filling.

Let’s not forget that there are ten more rounds to go in this disjointed season. Pierre Gasly could still finish behind Kvyat, and AlphaTauri may slide into obscurity. Those eye-catching performances may become infrequent. But something tells me that it’s the smiling man we’ve seen in early 2020, not the one overwhelmed-looking boy from early 2019, who is the real Pierre Gasly, and his F1 career is just getting started.