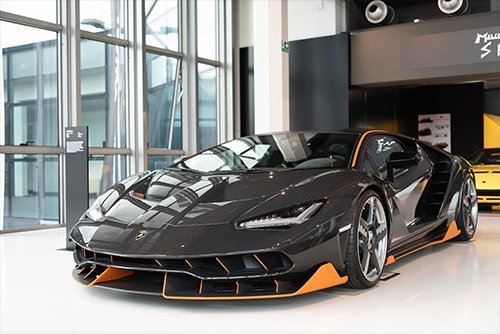 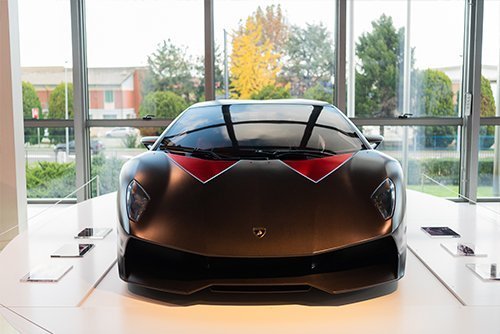 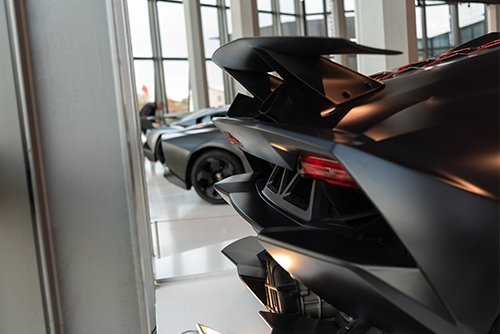 The Lamborghini car company was established in the 1960s. Yet, the carmaker’s owner, Ferruccio Lamborghini, had long been known around Italy as an entrepreneur. Born in 1916, Lamborghini was the son of grape farmers in the Emilia-Romagna region on Italy.

Lamborghini’s first work in engineering vehicles was not in automobiles; instead, it was in farm equipment. Farming would play a pivotal role in the creation of Lamborghini the car company as the man behind the brand clashed with another famed Italian carmaker.

In 1948, Ferruccio Lamborghini founded Lamborghini Trattori. The farm company’s first tractors were built out of discarded World War II materials. Despite using previously used equipment, Lamborghini’s tractors had a unique innovation that allowed them to be started using petrol before switching to diesel. It was a popular innovation that helped sales, and the company more than doubled its production within a few years. As the company grew, Lamborghini began using newly made parts rather than discarded war items.

In the 1950s, few would have thought a tractor company would soon become one of the leaders in sports car development. By the end of the decade, Ferruccio Lamborghini was in his early 40s. Like many successful men in their industry, Lamborghini wanted to reward himself for his endeavors. The tractor maker decided to purchase one of the best sports cars on the market: a Ferrari. Lamborghini had a love for cars and even enjoyed racing; so, he added a Ferrari to his collection of cars.

Lamborghini believed there were some problems with the Ferrari sports car. He felt the Ferrari automobiles were too noisy and didn’t allow for a gentle ride on the road. Lamborghini also believed the Ferrari’s clutch system could be improved. With ideas on how to improve Enzo Ferrari’s sports cars, the tractor maker took his complaints all the way to the head of the auto company.

Enzo Ferrari was outraged a farm equipment producer would have the audacity to tell him how to make a sports car. Ferrari’s criticism left Lamborghini feeling angry. So, like many anti-heroes who are shunned and criticized by someone they want to help, Lamborghini decided he would challenge Ferrari.

Lamborghini was driven to design and build his very own sports car. Just four months after beginning the design process, he unveiled his very first sports car at the Turin Motor Show in October 1963. Just over 12 months later, Lamborghini had sold over a dozen of his 350GT sports cars. Lamborghini worked diligently to stay competitive with his rival Ferrari in the early years. Due to the competition, the original 13 350GT sports cars were sold at a loss.

It wouldn’t be until 1966 that Lamborghini would become the company many know it as today. The company’s Miura model transformed Lamborghini from a company that made fine sports cars into one that creates ‘futuristic’ automobile. The Miura has been labeled as the world’s first supercar.

Lamborghini moved into the 1970s and 1980s creating automobiles that wowed audiences. From angles and lines to speed and precision, everything about a Lamborghini sports car become memorable. Today, Lamborghini is known all over the world as one of the biggest luxury sports carmakers. In 2017, Lamborghini sold a record 3,815 cars, proving its popularity continues to grow. 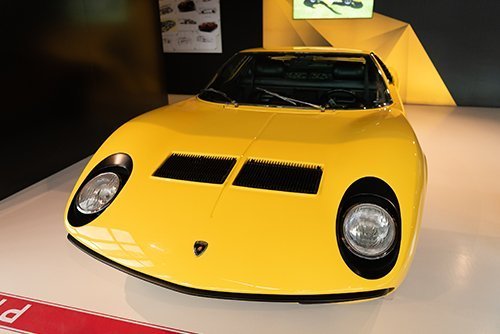 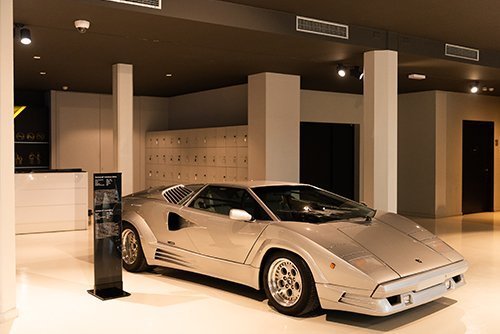 Before Lamborghini made the iconic Diablo, the Italian carmaker produced the Countach. Manufactured between 1974 and 1990, the Countach was a sports car ahead of its time. Lamborghini produced just over 2,000 Countach sports cars. The Countach popularized the Lamborghini look of sharp edges and angles. The car’s look would be used on future models as it laid the foundation for the company’s designs.

The Countach was one of the first – if not the first – exotic sports car. Its look and design influenced young men to dream about driving one of the breathtaking cars. By the 1980s, millions of men had posters in their bedrooms or garages with images of the Countach on them.

Lamborghini built the Countach with a V12 engine. It could power the sports car up to 175 mph. When the company designed the Diablo to follow the Countach, Lamborghini demanded the car be made to go faster to top the previous flagship automobile. Future versions would top 175 mph thanks to a 420-horsepower engine (the original Countach was just 375-horsepower). Drivers raved about the car’s handling and stability despite the high speeds they traveled.

The carmaker was sold in 1982, and it changed hands a few times after that. But by the time Ferruccio Lamborghini left his sports car empire, the Countach’s replacement was being readied. It was time for the sports car of the 1990s, the Diablo.

The Lamborghini Diablo was manufactured between 1990 and 2001. Just under 3,000 Diablo sports cars hit the market during its manufacture run. The Diablo is one of the most popular Lamborghini’s ever produced, and its look is synonymous with the sports car brand.

Named after a breed of fighting bulls, the Diablo was first conceived in 1985. Due to redesigns and other developments, the sports car didn’t come to market until the turn of the decade. When the first Lamborghini Diablo was presented to the world in January 1990, it turned heads and immediately became one of the most memorable cars in the world.

The Diablo was all power under the hood. It had dual overhead cams with four valves per cylinder. It contained a V12 engine with computer-controlled multi-point fuel injection. The first production of Diablo sports cars could reach a maximum of 200 mph, and drivers could get from zero to 60 mph in just 4.5 seconds.

Lamborghini would add a variety of features to the Diablo over the years. One of the most significant would be the addition of all-wheel drive. It provided drivers with further safety along with the inclusion of anti-lock brakes on later models.

During its time, the Diablo was Lamborghini’s best-selling car. It remains one of the most iconic sports cars ever produced. 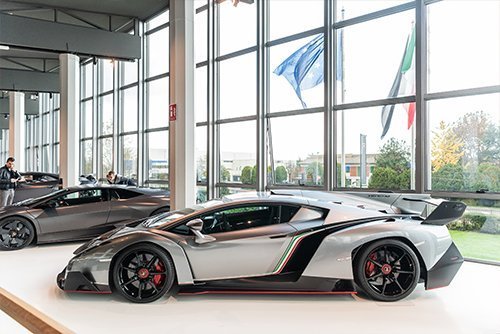 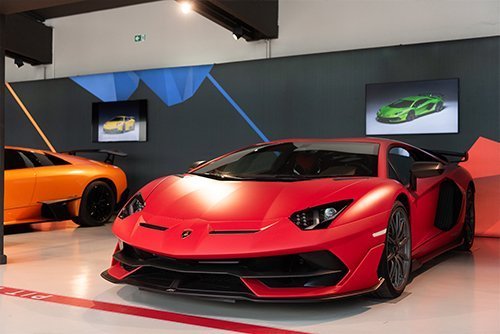 Production of the Aventador began in 2011, and it continues to be manufactured today. The Lamborghini Aventador features two body styles. Drivers can purchase the Aventador in a two-door coupe or as a two-door roadster with a variety of submodel designations over the years. The sports car was created as Lamborghini’s flagship automobile. As of October 2017, over 7,000 Aventadors had been sold, according to Lamborghini.

So, what makes the Aventador such a hot sports car to buy? Firstly, the car continues with two Lamborghini traditions. It was named after a fighting bull like the Diablo, and the Aventador continues the angles, lines, and shapes of predecessor cars. While Lamborghini has softened some of the sharp corners and edges, the Aventador still holds true to the classic designs of the company’s cars.

The Aventador is fast, and aggressive, which should satisfy the needs of all who purchase one. The original version of the car featured a 6.5-liter V12 engine. It took the sports car just 2.9 seconds to reach 60 mph while maxing out its speed at 217 mph.

Subsequent versions of both the coupe and roadster have had various tweaks. Due to the evolution of sports car production, the future of the Aventador looks bright.

Released to the public in 2014, the Lamborghini Huracan has become one of the carmaker’s most well-known models. It is also one of the Italian company’s top-selling cars. In 2017, Road and Track reported that there are now more Huracans (8,000) on the market than there are Miuras, Countachs, and Diablos combined. Amazingly, more Huracans were produced in the last four years than Lamborghini produced cars in its first three and a half decades. One reason for the increased production is the distribution the company now has. Another reason could be due to more wealth allowing people to purchase the iconic sports car.

Everything about the Huracan is classic Lamborghini. The power and the speed are true to its predecessors. The big difference is the control drivers have behind the wheel. Some have claimed the Huracan is an Audi designed to be a Lamborghini. That makes sense due to Lamborghini falling under the Volkswagen Group umbrella. Regardless, the Huracan is another excellent addition to the Lamborghini lineage. With over 8,000 produced, the carmaker has undoubtedly built a sports car to please. 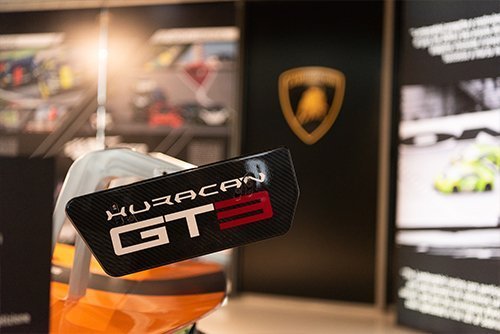 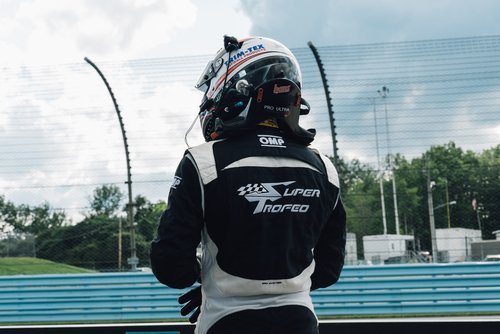 Lamborghini in Formula One

Lamborghini had a brief history in Formula One. The carmaker spent just a few years during the early 1990s as a part of the racing league. From 1989 to 1993, Lamborghini was the engine supplier for several F1 race teams. These included Larrousse F1, Team Lotus, Equipe Ligier, and Minardi.

Lamborghini didn’t just have bad luck with the Modena Team as the carmaker’s engines were a bust for all those who used them. In total, there were 109 retirements by drivers using Lamborghini engines.

The Super Trofeo series is one of the most popular under Squadra Corse. The international motorsport series features Huracan LP 620-2 cars. These replaced the previously used Gallardo sports cars. There are four series of Super Trofeo races which are held in North America, Europe, the Middle East, and Asia. At the end of each season, there is a final world competition featuring the top drivers from each region. The Super Trofeo is divided into four categories: professional, pro-am, amateur, and LB Cup.

Lamborghini Squadra Corse celebrated its 10th year in 2018 with the Super Trofeo. Its popularity continues to grow as drivers traverse some of the top racetracks from around the world.

The Squadra Corse isn’t just about providing driving series for car enthusiasts. It wants to help develop professional drivers. The program has four pillars, and each is a step towards being a fully capable race car driver. Recruits to the Squadra Corse first participate in tests for Lamborghini and tire manufacturer Pirelli.

The second part of the training sees recruits work on their physical make-up. Recruits are paired with personal trainers that help them get into professional race car driving shape. According to insiders, recruits will complete “intense cardio exercises, upper-body sessions, and reflex-building exercises to improve physical and mental strength for endurance races”. In addition, participates will race against each other on bicycles at the Imola racetrack.

Squadra Corse learners will also be required to learn about Lamborghini’s values and principals during the course. The final pillar of the Squadra Corse sees the most successful leaners become instructors at Lamborghini’s driving school. It is a fascinating course for those who dream of becoming a race car driver.

Lamborghini was born out of a passion to better a rival. Ferruccio Lamborghini wanted to create a sports car that met his high standards. It didn’t take long for Lamborghini to do just that while becoming one of the most exotic automobiles on the road today.

Now owned by the Volkswagen Group, Lamborghini sports cars are evolving into even better handling, precision machines. The power and speed will never leave the sports car, yet with each model, they continue to build better machines for the road and racetrack.