Ferrari – The house that Enzo built 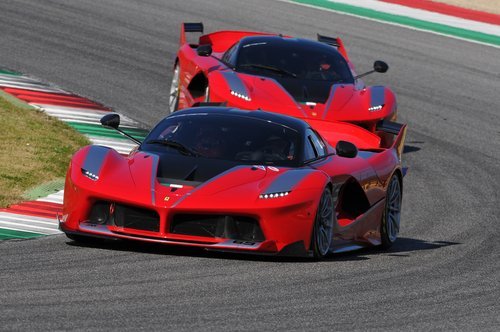 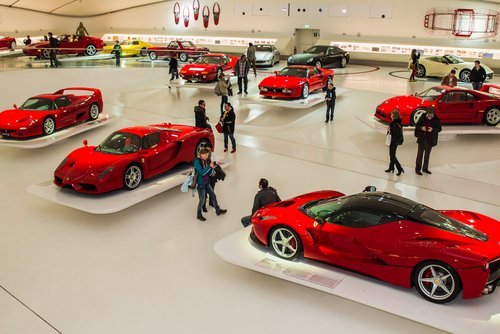 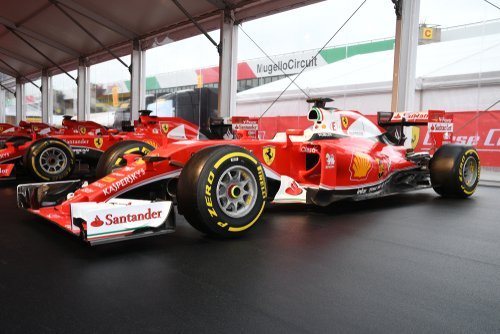 Ferrari is iconic and unmistakable. Its very name conjures up images of lightning-fast red sports cars zooming around racetracks or down motorways. The car brand’s emblem of a black stallion on a yellow background is all a car enthusiast needs to see to acknowledge the quality and craftsmanship that goes into each model.

The Italian company is a luxury brand. Whether it is an 812 Superfast or just a baseball cap emblazoned with the Ferrari insignia, car enthusiasts – and even non-gearheads – know Ferrari is all about quality. Beyond its reputation for building exciting supercars, the Italian car manufacturer has a history as intricate and fascinating as the engine underneath the hood of a 488 Pista.

Enzo Ferrari and His Company

Enzo Ferrari established Scuderia Ferrari in 1929. While the Ferrari name is synonymous with luxury sports cars and clothing, Scuderia Ferrari is the company’s racing division. The division is still going strong today and is the part of the Italian company that competes in Formula One racing.

Enzo Ferrari was born on February 18, 1898, in the Italian town of Modena. The youngest of two children, Ferrari grew up in a time when children went to work at an early age. He lacked formal education and school wasn’t a significant part of Ferrari’s early life. Ferrari’s father, Alfred, had his own workshop located at the family home. He fabricated metal, and it gave the young Ferrari the chance to see how items were built.

After military service in World War I, Ferrari took a job with CMN as a test driver. The Italian company was known for taking trucks and turning them into passenger cars. It was with CMN that Ferrari made his car racing debut in 1919. A year later, he moved to Alfa Romeo and became a successful driver for the company for the next eight years. It was during his later Alfa Romeo racing days that he founded Scuderia Ferrari as a racing division of the company. However, by 1933, the two separated due to money problems, and Ferrari took his race team and cars off on their own.

For decades, Ferrari was only concerned with racing. He worked diligently to design and manufacture racing parts for cars when he wasn’t running his own team. In 1947, Ferrari finally designed its first road car. Despite putting his name on road cars, Ferrari’s first love was auto racing. In 1950, Ferrari joined the fledgling Formula One World Championship. Since joining in the inaugural year, Ferrari has participated in each Formula One season. It is the only team that has accomplished the feat.

The 1960s saw Ferrari, and the company bearing his name undergo financial difficulties. This led to a merger with Fiat. Without that merger, there’s a chance the car company and race team wouldn’t exist today.

Away from the racetrack, Ferrari had married Laura Dominica Garello in 1923. The couple had a son, Alfredo; however, his death in 1956 rocked the couple. Alfredo’s untimely death prevented Ferrari from passing the business to his first-born son. However, he was still able to bring another child into the family business.

Eleven years prior to Alfredo’s death, Ferrari had sired a second son, Piero, out of wedlock with his mistress Lina Lardi. Due to the laws against divorce in Italy, Piero was not legally recognised as Ferrari’s offspring until the death of the carmaker’s first wife. Today, Piero is the vice chairman of Ferrari. The 73-year-old has a net worth of $2.7 billion.

Ferrari was private in his old age, he granted few interviews, and he became reclusive for much of the 1980s. On August 14, 1988, the famed sports car driver, designer, and businessman passed away. No cause of death was given, but he had suffered from kidney disease for some time. Ferrari was laid to rest near Modena. 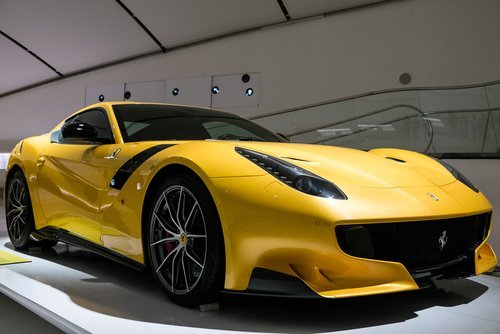 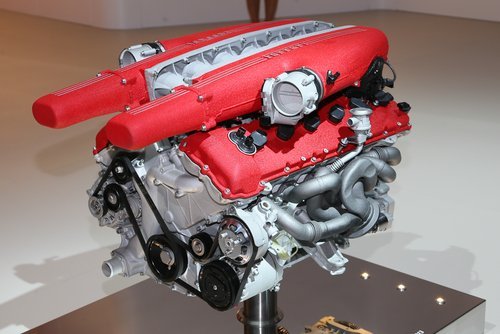 Enzo Ferrari didn’t set out to make street cars. He was a race car driver and later a team manager. He only built street cars to help fund his racing activities. Yet, Ferrari’s street cars are arguably more famous around the globe today than the racing team. The company has created some of the most powerful and aesthetically pleasing automobiles ever to hit the road.

The Ferrari 166 Inter was the carmaker’s first international car success. It was based on the 166 race car and was the first “real sports car “ made for the road. It catapulted Ferrari to the top of the market. The 166 Inter model was only manufactured from 1948 to 1950.

In 1957, Ferrari released the 250 TR Testarossa. The car was named after the red painted engine head covers as the English translation of ‘Testarossa’ means ‘red head’. This fiery vixen was in hot demand upon its release. Customers bought up the 250 TR thanks to it being a road racer. The body’s futuristic design would be a signature of the Testarossa series in the future.

The design of future Testarossa cars remained unique. The 1980s models caught the attention of people around the world as the car of choice for James Crockett on TV’s “Miami Vice”. The version used in the show was manufactured between 1984 and 1996. The Testarossa was one of the world’s most potent supercar during the 1980s. Its 390-horsepower, 4.9-litre, 12-cylinder engine made it very fast at the time. Along with the Lamborghini Countach, it was very popular among young boys many of whom had a poster of one in their bedrooms.

In 2002, Ferrari debuted the Enzo named after the legendary founder. The company built the car using Formula One technology. Its body was carbon fiber, and the transmission was electrohydraulic. Designed by Italian automobile design house Pininfarina, it had a very striking look that drew a lot of attention. Sports Car International magazine named it the third best sports car of the 2000s. Ferrari stopped producing the Enzo in 2004. Only 400 exist today.

The LaFerrari is a limited production hybrid hypercar made by the company. Famous as of the top 3 hybrid hypercars enthusiast love to compare, it’s equipped with a 6.3-liter V12 engine producing 789bhp along with a KERS that provided an additional 161bhp. Its first production lasted from 2013 until 2016. At the end of 2016, the production of the convertible model: Laferrari Aperta began. It will continue until August 2018. In all, just 710 LaFerraris will be made. It is considered the definitive Ferrari and the car’s limited availability has caused millions of dollars to exchange hands as the super rich seek to become proud owners. In 2017, a LaFerrari Aperta sold for $10 million at a RM Sotheby’s auction. 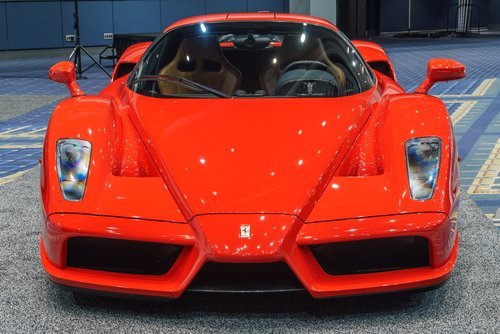 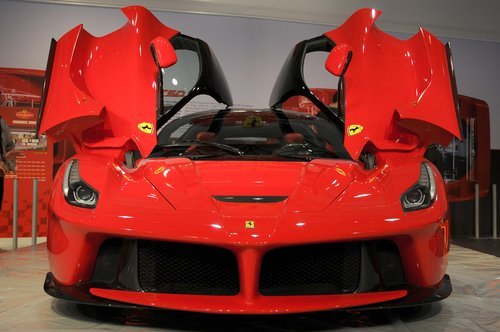 Ferrari and Ford locked horns throughout the 1960s at the Le Mans 24-hour race. It was a bitter battle that the two automakers took part in. The race was dangerous, but the drivers on each team defied death as engineers found ways to go faster in pursuit of victory. Not only was the winner afforded acclaim for building reliable cars, a boost in sales was a given.

When the two tangled in the 1960s, Ford was known as a car company that occasionally dabbled in racing. Ferrari was the opposite, a race car team that made street cars in its spare time. It was a great dynamic that fueled the feud like petrol on a fire.

The feud between the two companies had started in the boardroom. Henry Ford II attempted to purchase Ferrari. Angered and embarrassed when he was denied the Italian company, Ford embarked on a war that took place with the racetrack as the battlefield. Ford’s track of choice for the war was Le Mans. The 24-hour race would be the perfect place to fight as its combination of length, driving skill and engineering would put the winner on the map. Le Mans had belonged to Ferrari for years, and Ford desired to beat them at the race the Italians dominated.

The first battle happened at Le Mans in 1964. Ford had hastily built its cars, and despite looking great, the performance wasn’t as good. The following year would see Ferrari get the best of Ford for the last time. Between 1966 and 1969, the Ford GT 40 became the most successful race car in France. Ferrari had dominated the early part of the 1960s, but the second half of the decade belonged to Ford.

In 1973, nine years after Ferrari last won at Le Mans, Enzo Ferrari withdrew his race team from the race. The company’s focus has been on Formula One ever since. Ferrari hasn’t returned to Le Mans, and the team’s 1965 victory was its last in France.

The Corse Clienti Program is a unique experience that allows a small group of individuals to purchase Ferrari race cars. Initiated in 2003, members have the luxury of driving their Ferrari Formula One cars or GT sports cars at various Corse Clienti events.

The driving events allow car owners to receive expert knowledge from Ferrari drivers, engineers, and other racing insiders. There are events held all over the world.

The program offers a driver’s course for members who want to learn more about race driving or advanced road driving. The XX part of Corse Clienti gives drivers the chance to get behind the wheel of track-only versions of street cars. Of course, the best aspect of the Corse Clienti Program is the collection of racing events. The race events take place at some of the best race tracks around the world including Silverstone and Yas Marina. The Corse Clienti Program is similar to the Lamborghini Squadra Corse but its more exclusive. 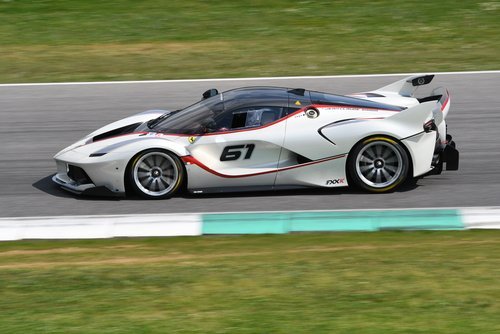 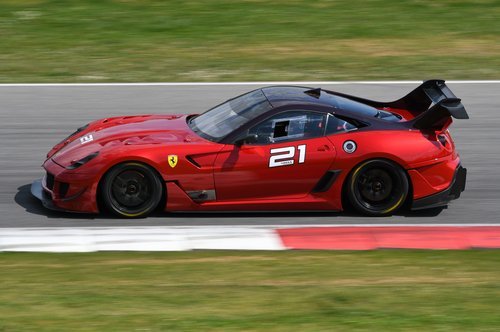 Ferrari has long been the most successful constructor when it comes to Formula One. The Italian carmaker has won 15 World Championships, three ahead of British racing team McLaren.

The 1970s saw legendary racer Niki Lauda win the Formula One World Championship on two occasions. Lauda won the 1975 and 1977 titles with Ferrari as the team’s feud with Ford carried over from the 1960s. Although Ford didn’t have a team, it supplied the engines to several teams. Between 1968 and 1982, Ford engines were in 12 world champions’ cars.

The team’s most successful and prolonged winning period in Formula One came in the 2000s. The decade saw Ferrari win six of its 15 world titles. Five of those wins came in consecutive years thanks to Michael Schumacher.

Since Kimi Raikkonen’s 2007 win, Ferrari has hit a barren spell. Red Bull, Mercedes, and even Brawn have won the title. Ferrari has come close with Sebastian Vettel in the cockpit, but the German just hasn’t had enough car power and skill to top Mercedes in recent Formula One seasons. It isn’t the first Formula One drought Ferrari has endured. The team spent the 1980s and 1990s searching for world title wins. They never came despite the talented drivers Ferrari possessed. Ferrari has continued to struggle despite the likes of former Formula One World Champions Fernando Alonso, Vettel and Raikkonen being a part of the team.

In the 2018 season, Ferrari is in a battle to return to the top of Formula One. Sebastian Vettel currently leads Formula One’s points standings by a slim margin over Mercedes rival Lewis Hamilton. However, the season is young, and anything can happen.

Enzo Ferrari had a dream to be a race car driver. That dream spawned Ferrari and some of the most iconic sports cars to ever hit the road. Despite being a racer first and a street car producer second, Ferrari is a brand renowned for its cars both on the track and off it. Ferrari’s works of art will long remain sought-after items by racing enthusiasts and collectors alike.