Audi - Rich in many ways — FORTLOC 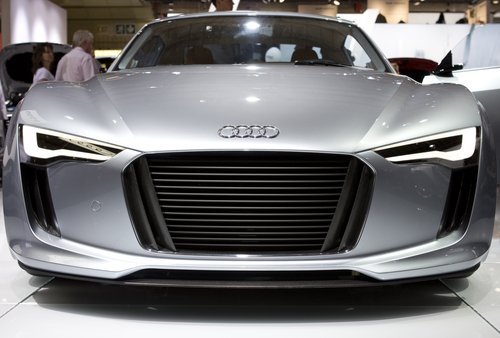 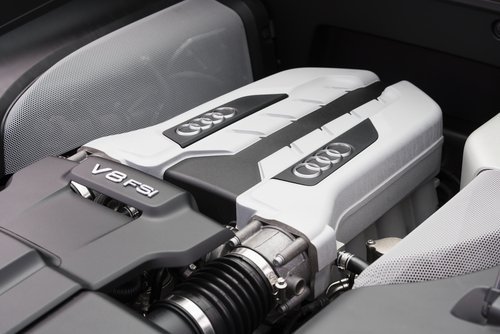 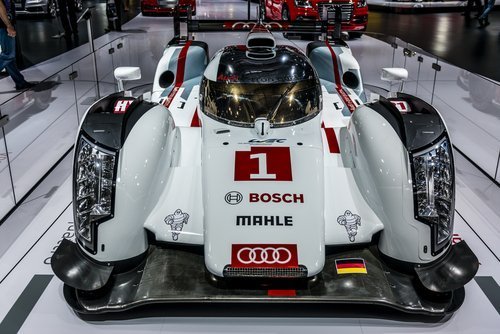 Audi’s modern history began in the 1960s as the car company truly came into its own as a manufacturer. Despite it becoming a widely known car company in the middle of the century, Audi can trace its roots back three decades prior in pre-World War II Germany.

August Horch began working in the automotive industry in 1899. It was that year that Horch and his business partners co-founded Horch & Cie. The company thrived until 1909 when Horch walked away from the business he helped create. A disagreement with the company’s chief financial officer influenced Horch’s departure. Following his exit, Horch founded another car company.

The engineer wanted to use his last name ‘Horch’ for the car brand. However, Horch’s name was already in use by his previous company, and due to trademark laws, was unable to use it for his new brand. During a meeting at the home of his business partner Franz Fikentscher, Franz’s son was studying Latin while his father and business partners were mulling over possible names. The youngster suggested the group should use the Latin form of the Horch family name. Horch translates to Audi in Latin. Thus the name of the car company was created by Fikentscher’s studious son.

Horch would leave the company in 1920 to work for the German Ministry of Transport. Twelve years later, Audi would merge with DKW, Horch, and Wanderer with the onset of World War II on the horizon. The four companies were known collectively as Auto Union, despite using their own emblems on the automobiles they produced. Like all other German car companies, Auto Union and its factories would be used for the war effort.

After the war’s end in 1949, the company re-established itself, this time in Ingolstadt, Germany. Today, Ingolstadt remains Audi’s headquarters. When the new offices were established, Auto Union was unable to build a plant dedicated to manufacturing automobiles. It wouldn’t be until the 1950s that Auto Union would gain investment enabling a new plant to be built in Ingolstadt.

In 1959, Daimler-Benz bought 100 percent of Auto Union, and for the next few years, Auto Union cars were made by the German company. The automobiles did poorly even though the 1960s saw sales sky-rocket in post-World War II Germany. Due to the lack of interest in Auto Union cars, Daimler-Benz sold the company to Volkswagen. The purchase allowed Volkswagen to not only gain the names DKW and Audi (whose name hadn’t been used in decades), but the carmaker inherited Auto Union’s new factory in Ingolstadt. Volkswagen also acquired Auto Union’s new four-stroke engine technology.

In 1965, the modern age of Audi started as the carmaker began solely using the name for its cars. The decision was made due to DKW automobiles being associated with two-stroke engines. The new vehicles under the Audi name all featured the now popular four-stroke engines. The simple name change due to marketing reasons helped launch the company as it is known today. 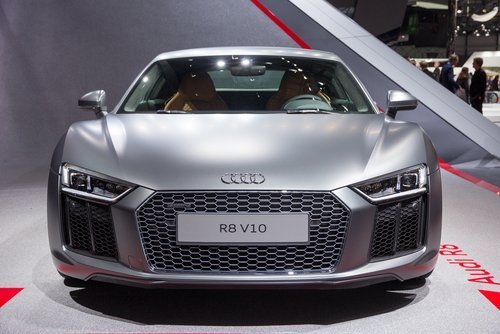 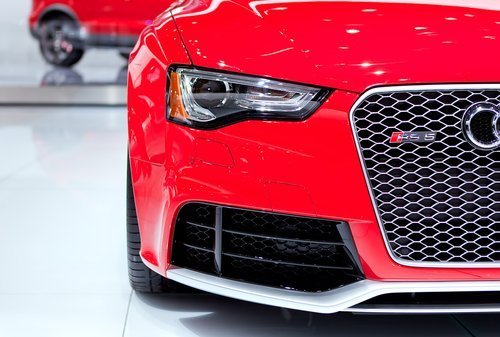 The two-seater sports car uses Audi’s Quattro four-wheel drive system. It is one of the reasons drivers rave about the R8’s handling. The R8’s handling has been praised by many driving experts including six-time Le Mans winner Jack Ickx.

Like many other sports cars on the market, the R8 started life as a race car. The famed automobile was based on Audi’s Le Mans Quattro design. The original R8 was a success, but the company’s second version, featuring a V10 engine, could accelerate from zero to 160 mph in just under four seconds. The sports car could reach speeds of 196 mph and became a favorite of supercar enthusiasts.

The R8 has been recognized for its performance on three occasions. In 2008, 2010, and 2016, the R8 was voted the Performance Car of the Year. In 2008, the R8 was also selected as the World Car Design of the Year winner. The car’s profile was also elevated after it featured as Tony Stark’s car in the Iron Man movie series.

The Audi RS series hit the market in 1994. The car series is made up of high-performance sports cars that feature the company’s all-wheel driving system. The ‘RS’ name comes from the German word RennSport, which translates to ‘racing sport’. The Audi RS series features cars that are far more powerful than the regular range offered by the German carmaker. One of the biggest differences between the Audi RS range and the Audi S cars is the interior design. The RS is far simpler and lacks the ‘luxury’ appeal that the Audi S series offers.

The RS5, in particular, is based on Audi’s A5 and S5 coupe. It was launched in 2013 with Audi marketing it as a ‘peak performance model’. The RS5 has 117 horsepower more than the Audi S5 thanks to its tuned 4.2-liter V8 engine. In all, the items under the hood generate 450 horsepower. The RS5 has the ability to go from zero to 60 mph in just 4.5 seconds.

In 2018, Audi introduced the all-new RS5. The sports car is capable of going zero to 60 mph in just 3.9 seconds. The 2018 model comes in two versions. The first is a two-door, mid-size coupe, while the second is a four-door, four-seat fastback version of the sports car. 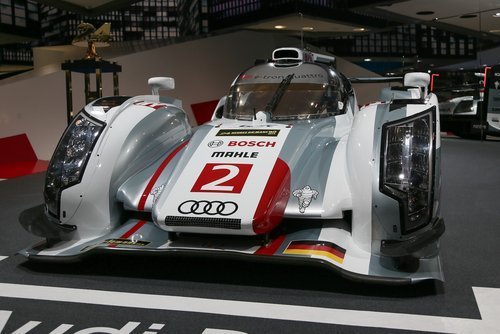 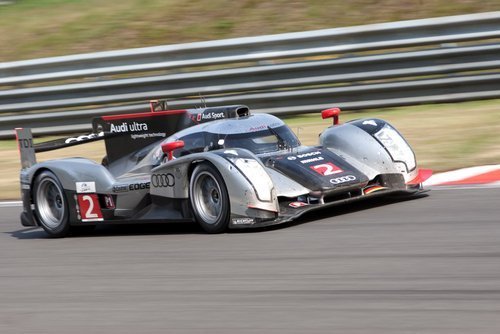 Audi participated in endurance racing from 1999 to 2016. During that period, Audi dominated the biggest endurance race of them all, Le Mans. Beginning in 2000, Audi won the race on three straight occasions with the team of Tom Kristensen, Frank Biela, and Emanuele Pirro behind the wheel.

Audi would pull off another treble between 2006 and 2008 with drivers Kristensen, Biela, Pirro, Marco Werner, Allan McNish, and Rinaldo Capello all driving the team to wins during that three-year period.

Starting in 2010, Audi gained five straight Le Mans titles. The drivers’ names may have changed, but the results remained the same. The 2014 edition of Le Mans would prove to be the last win for Audi at the famed endurance race. Marcel Fassler, Andre Lotterer, and Benoit Treluyer teamed up for the win in the Audi R18 E-Tron Quattro.

Despite leaving endurance racing, Audi hasn’t left motorsports. The company has entered Formula E racing due to its considerably lower cost of running a team each year.

Both Audi and Porsche fall under the Volkswagen Group. Yet, like brothers, the pair have had a rivalry for years in endurance racing. In 2014, Audi’s final year to win Le Mans, Porsche returned to the legendary race. One year later, it was Porsche who topped its brother and endurance race rival. Making things even worse for Audi was leaving the endurance circuit while Porsche remained with the backing of the Volkswagen Group.

The rivalry between Audi and Porsche got turned up a notch before Le Mans even started in 2014. Audi introduced its R18 E-Tron Quattro in a well-received video. The computer-generated film showed the Audi car passing an ancient looking Porsche tractor complete with waving driver. The Audi made video was a welcome gift of sorts to Porsche, who likely didn’t take too kindly to it.

Porsche will leave endurance racing in 2018 and join up with its rival once more in Formula E. With both companies now represented in the so-called E series; it’s likely that the rivalry in endurance racing will continue on this new stage. 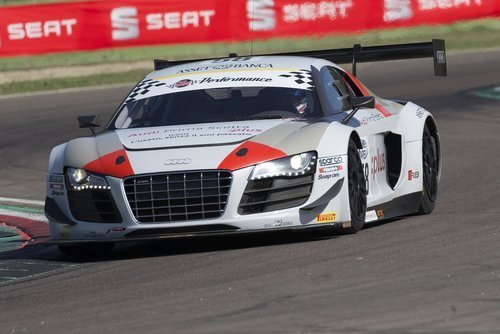 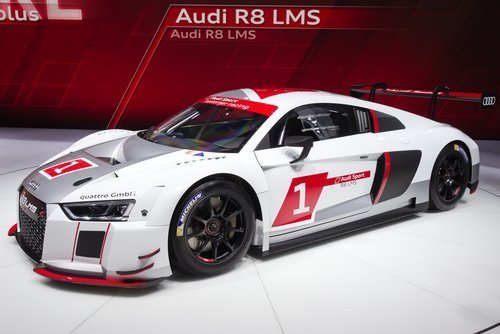 The Audi R8 LMS Cup GT3 Racing is a customer racing program. Launched in 2009, customers are able to get behind the wheel of custom-built Audi cars as they compete against other drivers. According to Audi, its cars and customer drivers are some of the most successful in the world.

The R8 LMS Cup is primarily held in Asia and has been running since 2012. Amateur drivers compete in the one-make auto cup. Currently, the competition has two marquee events which are held in Australia and Germany. In 2018, the R8 LMS Cup took place from March to October with the final event in Shanghai. The four amateur drivers who gain the highest number of points during the GT3 season get entered into the 2019 Spa 24 Hours race. The drivers will compete as the Audi Sport R8 LMS Cup team.

According to Audi, the company sold its 200th customer-driven GT3 race car in 2016. The company claims to have sold the most GT3 units of any carmaker.

Its long list of regular cars notwithstanding, Audi continues to be associated with high-performance sports cars. The German brand’s reputation for great handling cars remains its backbone. From road legal sports cars to race cars driven by customers on tracks around the globe, Audi makes some of the most exciting cars on the market today. The company continues to combine luxury with sports car power and feel, and customers continue to praise the brilliance of Audi.

Started in Germany and transformed over the years, Audi has been in its current form for just over half a century. The brand doesn’t seem likely to be knocked off its perch for being a top carmaker anytime soon. With hundreds of thousands of happy customers, Audi continues to build excellence from its factories in Ingolstadt.