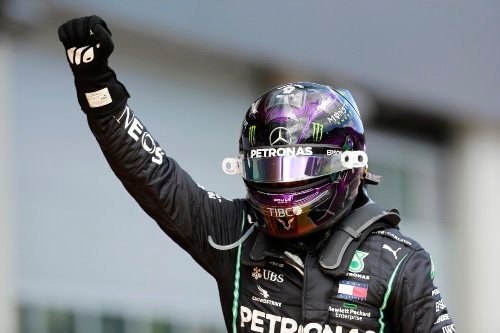 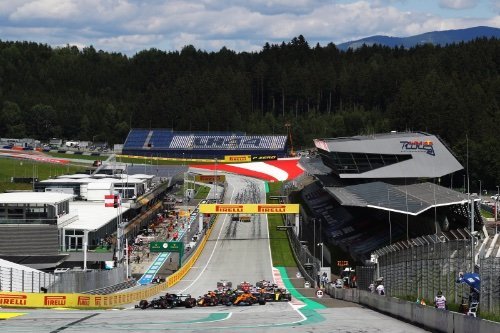 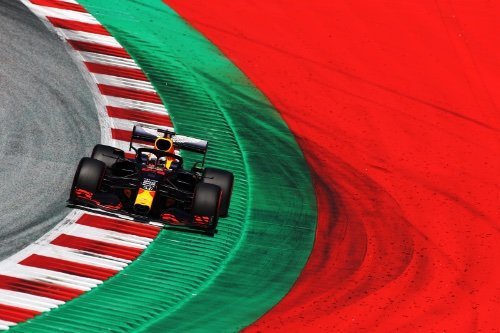 The first Styrian Grand Prix wasn’t quite as frantic as the Austrian Grand Prix at the same circuit one week before but still provided very engaging Sunday afternoon viewing from start to finish. Lewis Hamilton faced no threat as he led from pole and comfortably won ahead of teammate and championship leader, Valtteri Bottas, for the first Mercedes one-two of the decade. The German manufacturer will be celebrating a job well done for their second victory in as many weekends, as not only did they overcome the gearbox gremlins that niggled both cars one week earlier, but also outsmarted their closest rival on strategy.

Max Verstappen threw everything he had to close the gap on Hamilton while trying to solidify his second place ahead of Bottas, but it was futile. The Dutch driver pitted that much earlier than the Merc’s and succumbed to Bottas who was on fresher tyres after Mercedes opted to go for a very long first stint on the softs. In the only exchanging of places in the top three, Max fended off the Bottas charge well in a multi-corner battle late in the race, before his minor front wing damage proved too destabilizing as Bottas in the clearly quicker car completed the pass one lap later.

Behind the leaders, it was close, clean, and sometimes breathtaking racing from the evenly matched midfield. The two Ferrari’s, however, got too close and not at all clean on the first lap. Sebastian Vettel again had contact at turn 3, though it was entirely Charles Leclerc at fault as he divebombed the inside of a corner that was getting increasingly acute and ploughed into the sister Ferrari. Vettel with a rear wing barely hanging on triggered a safety car as he made it back to the pits to retire, with Leclerc following suit on lap 3 with floor damage from the incident.

A shame, as the McLaren, Racing Point, and Renault cars all had similar pace and spent the duration of the race overtaking one another. Ferrari could’ve made the six-way fight into an eight-driver extraordinaire, but perhaps that’s me being greedy. Carlos Sainz will wonder what could’ve been as his fantastic P3 effort from the wet qualifying went to waste with McLaren struggling to fit the left rear to his car in his pit stop which gave up positions to Daniel Ricciardo and Lance Stroll.

The slow McLaren stop did set the stage for an early contender of overtake of the year as Sergio Perez, who qualified a dismal 17th, found himself alongside Sainz as the Spaniard exited the pits. Sainz initially looked to have kept the Racing Point at bay, but the persistence and sheer speed of Perez had the ‘pink Mercedes’ on the inside of T4 thanks to DRS. Sergio then somehow got ahead on the outside of T6 in an audacious move demonstrating the belief the Mexican has in his 2020 car.

Perez then homed in on the high-running Daniel Ricciardo in the sole Renault. Estaban Ocon had the only mechanical retirement on lap 27 due to overheating. Ricciardo had no answer on his contrary tire strategy to Perez who was putting in fastest lap after fastest lap. Once Sergio dismissed Ricciardo, teammate Stroll was his next victim as he took P5 and the ‘best of the rest’ position from the Canadian driver. Racing Point earns my respect for not only having a quick car but also letting their drivers race as the two came inches from a pink double-DNF before Perez completed yet another overtake at T6 in a superb drive that netted him the Driver of the Day accolade. 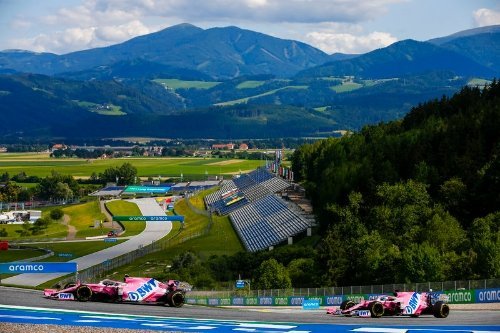 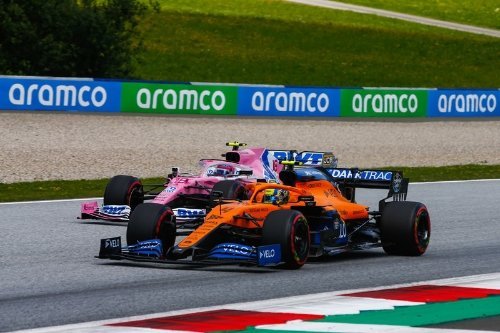 Behind all this action, the Haas’ and Alfa Romeo’s ran line astern, well adrift of those ahead, seemingly demonstrating the slowness of their engine by providing a pair of mobile chicanes for the frontrunners to navigate in the little screen time they got. AlphaTauri who had good pace early in the race only managed 10th and 15th as they lost speed in the second half of the race. Williams, with their best qualifying in years with George Russell in P11, finished as the last two runners and seemingly haven’t closed the gap as much as the free practice sessions suggest. Russell ran wide when battling Kevin Magnusson and did well not to hit the barrier in the early laps.

It was Lando Norris who stole the show in the dying laps once more. McLaren faced a disappointing 8th and 9th finish such is the competition in the midfield. However, their late strategy calls were perfection. Sainz followed instructions to let a faster Norris past before being called in for a free pit stop to have a run at the fastest lap point. Verstappen had the same call, but it was Sainz who scored the bonus point with a 1:05.619. Meanwhile, Norris promptly caught up on the Stroll & Ricciardo battle up ahead with two laps to spare and drove intelligently to pass both of them as they tussled amongst each other.

Alex Albon, who spent 68 of the 71 laps by himself, suddenly found himself in the same position as his collision with Hamilton one week earlier. This time the Thai driver was defending from the blisteringly quick Perez and tagged the front wing of the Racing Point at the spot where Lewis spun him out. This time Albon managed to continue without any problem, but it was heartbreak for Sergio whose endplate had significant damage. On the very last corner, Norris just had to drive around the Perez’s wounded car to snatch 5th position. Stroll and Ricciardo behind had a photo finish with the Mexican as the three crossed the line separated by 2-tenths with Perez edging out his teammate while Ricciardo settled for 8th.

It’s disappointing that a casual observer may see headlines of two Mercedes victories this season and think F1 is back to business as usual. These two events at the Red Bull Ring have been gripping in very different ways, and although the gap to the top is frustratingly vast, F1 2020 is providing the wheel-to-wheel action any petrolhead should be delighted to see. Onto Hungary next week for round three.