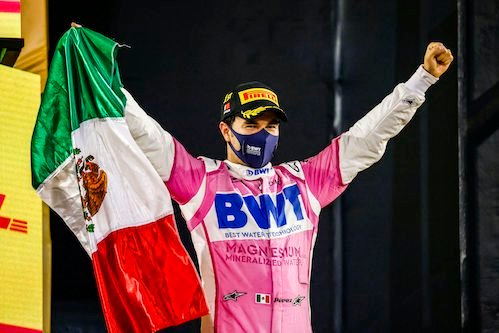 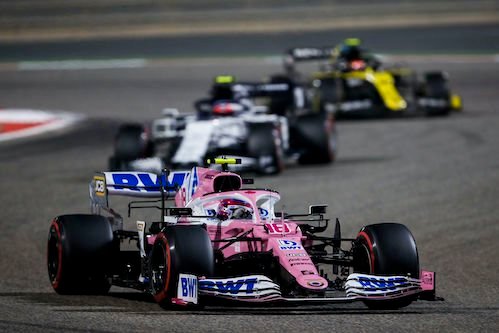 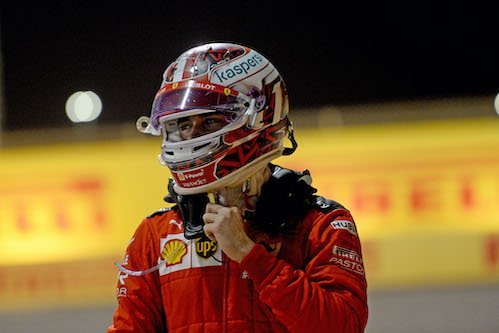 The Sakhir Grand Prix had enough action to rival a Hollywood blockbuster movie. Suspense, excitement, heartbreak, jubilation, and story arcs that were almost too dramatic to believe. After such a tumultuous week of news with Lewis Hamilton catching Covid, Haas finally announcing their driver lineup, and George Russell taking the hot seat in Mercedes, somehow Bahrain’s outer circuit delivered the goods to match the build-up.

George Russell’s dream week somehow got even better by the first corner as Lewis Hamilton’s deputy out-dragged Valtteri Bottas to take the lead of his very first F1 race for Mercedes. With Bottas struggling to find grip on the exit of turn three, Sergio Perez and Max Verstappen had a wheel-to-wheel race with him into turn four. Without Hamilton to contend with, a host of drivers could see themselves standing on the top step of the podium.

But Bottas inched ahead by the corner, leaving those chasing him down to tangle with each other. Charles Leclerc, who started in a fantastic fourth position, was too ambitious into the inside of turn four. The Ferrari was unsighted by Sergio Perez, who swooped right to take the apex with Max Verstappen uncharacteristically backing out of the fight. But Perez’s rear right struck Leclerc’s front left, sending the Racing Point spinning, and the Ferrari into the barriers. Verstappen’s tried to outmaneuver the carnage but found the gravel and then the tire wall instead. Just like that, two possible champions of the future were out of the race, with Max giving the wall a furious kick, too, for good measure.

The safety car was required to clean up the mess, meaning Russell would enjoy at least a handful of laps leading a Grand Prix. However, the Mercedes Junior driver showed he might well be as good as people speculated about and kept his cool on the restart. By the time the race director had enabled DRS, Russell had extended a gap of nearly 2 seconds to keep his temporary teammate well behind.

Perez somehow had escaped significant damage after his contact with Leclerc but had pitted in the resulting safety car after flat-spotting his tires. By the safety car pulled in, Perez was at the back of the pack in 18th place.

The Mercedes pair took off into the distance, but the usual midfield fighters were battling in full force behind them. Carlos Sainz sat in third place, keeping the Renault of Daniel Ricciardo and the AlphaTauri of Daniil Kvyat at bay. Lance Stroll was a little further behind, but it was the sister Racing Point of Perez who was progressing rapidly through the field. Another struggle of a weekend for Alex Albon saw a possibly symbolic move by the Mexican driver vying for his Red Bull seat next year. Perez tore past the Thai on the outside of turn four as Red Bull’s miserable Sunday continued.

However, two safety car periods turned the race on its head. One was virtual, one full, but Williams triggered both. Nicholas Latifi’s car lost power, resulting in a brief virtual safety car period. The podium contenders, Sainz and Ricciardo, pitted at this point to take advantage of the slowdown.

However, the Bahraini marshals’ efficiency meant they lost out as the green flag was waved as they entered the pits. Perez, on his recovery drive, stayed out and took the positions of those swapping tires. It was Ocon and Stroll who now had track position thanks to their one-stop strategies, but Perez breezed past both of them and now found himself in third place after being 18th on lap 1. 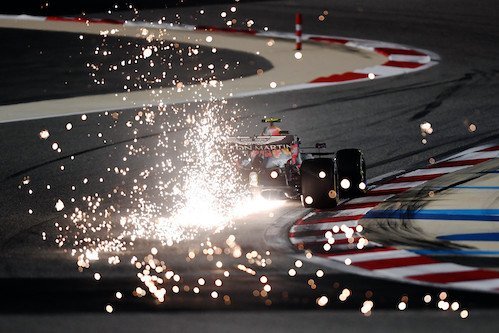 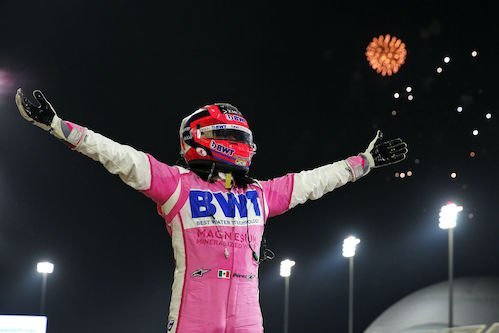 The second Williams of Jack Aitken, in his debut F1 race, proved to be Mercedes’ undoing. Aitken pushed a little too hard on the outside of the final corner, and his nose struck the outside barrier, taking his front wing off and sending him into the pits for repairs. The broken wing was on the racing line, requiring a full track slow down to clear. The safety car appeared once more.

To cover off any challenge from those behind them in a safety car restart, Mercedes chose to pit their drivers. The decision proved disastrous. With a short window to decide on the stops, Russell’s mechanics were unprepared for his imminent arrival. In confusion, Russell had his tires swapped for ones designated for Bottas. Further problems followed as Bottas not only had a slow stop but after the team removed his tires, they realized his replacement rubber was attached to car 63. Mercedes released the Finn on the same set he entered the pits with some 35 seconds later.

The trouble did not end there for Mercedes, who now found themselves out of not only the lead but the podium positions too. Russell had to return to receive the correct tires, and although he swiftly made progress through the field, retaking second place and chasing down leader Perez, Russell’s day went from bad to worse. “Left rear puncture,” was the radio message from Bono. Russell had to make his fourth pitstop of the day, tumbling him down to the back of the field.

Any disappointment from Russell was in equal measure to the jubilation by Perez. The Mexican driver, who still has no seat for 2021, won his first Grand Prix in the most extraordinary circumstances. The joy at Racing Point, who also won their first race since being rebranded from Jordan, was evident to see, helped by Stroll taking third place too. Ocon was overjoyed as well; the Frenchman’s disappointing season now features a fantastic first-time podium no matter how unremarkable his other races have been.

With Lewis Hamilton potentially not racing Abu Dhabi this weekend, Russell may have a second chance to become a race winner. But in the end, the Sunday at Sakhir was for Perez, not Russell. With Yuki Tsunoda also grabbing a Formula 2 double-podium and Perez being victorious at the Sakhir Grand Prix, Alex Albon’s future in Formula One looks very much in doubt.