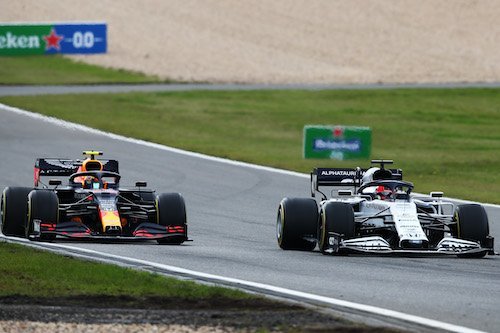 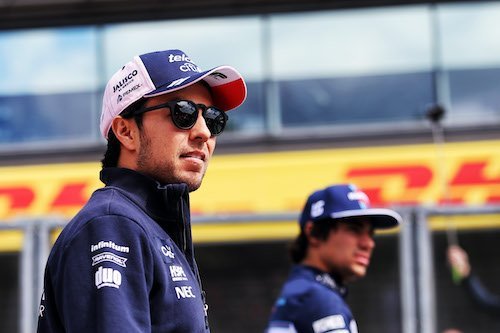 Formula One’s 2021 driver market has been a particularly unusual jigsaw puzzle to complete this year. A flurry of unexpected driver moves followed Ferrari’s surprise dropping of Sebastian Vettel. Daniel Ricciardo and Carlos Sainz moved, and then Fernando Alonso announced a return from retirement. Valtteri Bottas stayed in place ahead of George Russell for the sought-after Mercedes seat. And then Vettel finally decided Aston Martin was a fit for him, as Aston Martin felt Sergio Perez’s contract was surplus to requirements.

It’s enough to make your head spin, but aside from Haas, the only remaining pieces to slot in are the spare seats at AlphaTauri and Red Bull (I don’t subscribe to Hamilton retiring this year). Following some criticism that the Red Bull Junior Team talent pool ran dry, the Austrian team somehow now appears to have too many drivers and not enough seats. The only definites we have for 2021 are Max Verstappen and Pierre Gasly retaining their drives at Red Bull and AlphaTauri, respectively. But who will partner them?

As with all things in Formula One, there are many, many unknowns, and, at this point, I doubt even the team principals, Christian Horner and Franz Tost, know for sure. The only certainty is that the bigger brother wants to win championships, and whatever route they opt for in 2021 will come with at least one surprise.

Of all the things that will shock me, Albon staying at Red Bull would be the biggest. The Thai driver has not been able to be anywhere near the minimum requirements for Red Bull–i.e., pick up the pieces when Max can’t and provide rear gunner support when he can.

Demoting Albon to AlphaTauri could give him the new lease of life he needs, just like Gasly has had. However, let’s not forget how ruinous that decision was for Daniil Kvyat back in 2016, who descended into obscurity. Which way would Albon fall?

If Red Bull does move Albon aside, the highly speculated replacement is Sergio Perez. Last year it would’ve been unfathomable for Red Bull to have a ‘foreign body’ in their ranks. That he is a serious contender for the seat shows the crisis they face.

If Red Bull didn’t have a driver program, choosing Perez would be a no-brainer. The Mexican is available, hasn’t sat a year out of the sport, and is enjoying the best season of his career. I can’t see Red Bull signing Perez for anything longer a year. They would want to have Gasly, Albon, or anyone who raced with the energy company in a junior series for 2022 and the new regulations. That shouldn’t be an issue for Checo, though, who could use the platform to show he’s as good as some say he is and find himself a drive for the following year.

The other man touted as a possibility is 2020’s super-sub, Nico Hulkenberg. The Hulk has performed admirably in his 3 Grand Prix weekends. He may have finished behind his teammate both races he started, but Nico qualified third for Silverstone’s second event, showing what he’s capable of even in an unfamiliar car. However, we’ve seen with Ocon that shaking off the rust is not easy, so it’s advantage Perez if Red Bull does drop Albon. 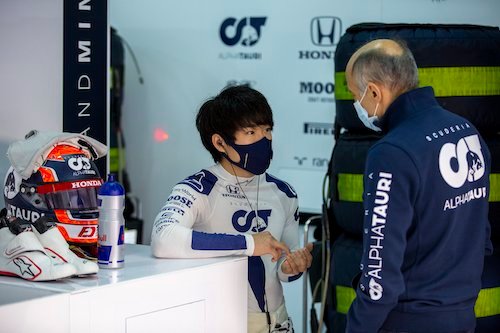 Though a Red Bull-Perez/Hulkenberg pairing seems mutually beneficial, by going external, Red Bull will reveal their driver program has failed them, at least temporarily. Is the prospect of losing points for a season preferable to the bad PR associated with this? Red Bull exists in F1 solely for marketing purposes to help sell energy drinks, so it’s not as simple an answer as you may think.

As for AlphaTauri, one thing seems definite; Daniil Kvyat has run out of lives. The Russian driver hasn’t been the same since his Red Bull demotion. His bounceback to F1 in 2019 has helped him restore some respect, but it looks as though, bar a switch to Haas, Kvyat’s F1 journey is complete.

The man looking to replace Kvyat, if not a demoted Alex Albon, is Yuki Tsunoda. This week Tsunoda tested a 2018 Toro Rosso at an overcast Imola. Though trying out young drivers is part and parcel of running an F1 driver development program, Red Bull will assess Tsunoda’s performance extra closely. AlphaTauri team principal Franz Tost was at the circuit, too, despite his team not being allowed to run a 2020 car. The only thing Tost could learn by attending would be how Yuki handled himself with the step up to an F1 car, both on track and with feedback to his engineers. Take from that whatever you will.

Tsunoda’s Honda links may have been worth more before the Japanese company decided to pull out from the sport in 2022, but he is still a member of the Red Bull Junior Team. And more crucial than that, should Tsunoda finish in the top four of Formula 2 (he’s currently 3rd, with a seven-point gap to fifth), he’d be the only Red Bull Junior Team driver with enough super-license points eligible to race in F1.

The leftfield option for the spare AlphaTauri drive would be for Red Bull to keep faith with Alex Albon for 2021 and instead look to Perez or Hulkenberg to partner Gasly. It’s a slightly less painful route for Red Bull, appearance-wise, and could give them the option to swap out Albon mid-season, should his below-par drives continue next year. Aside from the two line-ups staying the same (Verstappen & Albon / Gasly & Kvyat), this pairing would stun me the most.

So somehow, in the coming weeks, the five puzzle pieces of Albon, Perez, Tsunoda, Hulkenberg, and even Kvyat need to fit into just two gaps. With every possible permutation housing at least one surprise, it’s fair to say that whatever the team announces, it’ll at least fulfill their primary objective, making headlines.