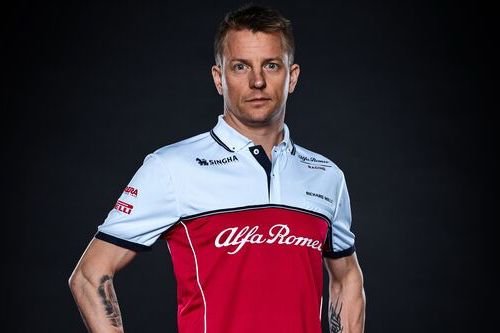 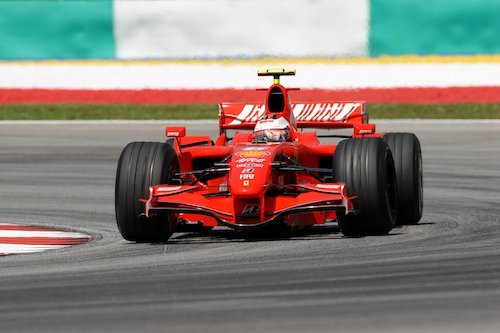 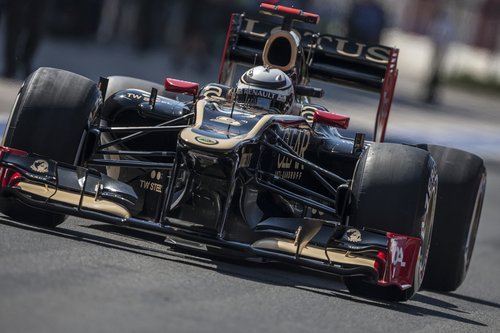 The Nurburgring is unexpectedly hosting a Grand Prix in this most unusual 2020 calendar. With some cold and wet weather forecast, it’s anyone’s guess as to how the weekend will unfold. One thing is certain, though. When Kimi Raikkonen sets off from his grid spot at the start of the race, he will take the record for the most Grand Prix starts from Rubens Barichello. With Raikkonen starting 323 races, let’s take a look back at the Iceman’s best seasons in F1.

In 2013, when Ferrari announced Kimi Raikkonen would be returning to the team he won his championship with, they probably expected more than one Grand Prix win from one hundred races. Kimi played second fiddle to Fernando Alonso, and then Sebastian Vettel during his second Scuderia stint, but he saved his best performance until his final season at Maranello.

After four years of being a supporting character for his teammate with an occasional podium appearance, 2018 was a notably different story. Raikkonen ended in the top three at twelve of the seventeen races he completed that year, including what will be his last F1 win at the US Grand Prix. There might’ve been two victories in 2018, too, if not for the safety car’s unfortunate timing in Australia. The Raikkonen that returned to Ferrari was inferior to the one that left them in 2009, but 2018 showed his fans that Raikkonen still has fire beneath his unemotional persona.

After spending time away from the sport, the few drivers who return seldom hit the ground running. Just look at Michael Schumacher in 2010. Not so for Raikkonen. The Finn returned from three seasons away, driving for Lotus, where he outperformed the relatively average car underneath him, taking seven podium finishes throughout the season. Fans remember 2012 as the season when there were an astonishing seven different race winners in the first seven races. But there were eight winners that year, not seven, with Raikkonen winning in true Kimi style at the Abu Dhabi Grand Prix.

“Just leave me alone, I know what to do,” is the famous (and often misquoted) line from Raikkonen’s 2012 win. And Kimi knew precisely what to do, even with Fernando Alonso in a superior Ferrari breathing down his neck after a late safety car. Alonso would’ve been the champion that year if not for Raikkonen’s staunch defense. Kimi himself finished 2012 in third place in the drivers’ championship, ahead of Lewis Hamilton, Jenson Button, and Mark Webber, all of whom had a better car than his.

Yes, 2007 is Kimi’s championship year, and with him winning just one title in his long career, you’d think 2007 should be the standout season for Raikkonen. And while it was in some regards, with Raikkonen taking his second-highest win tally for a season, Kimi effectively inherited his championship while his old McLaren team imploded dramatically. The Alonso vs. Hamilton rivalry of 2007 was almost more entertaining than the on-track fights (please never return to F1, refueling). 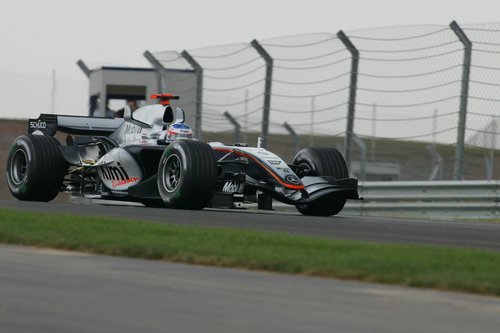 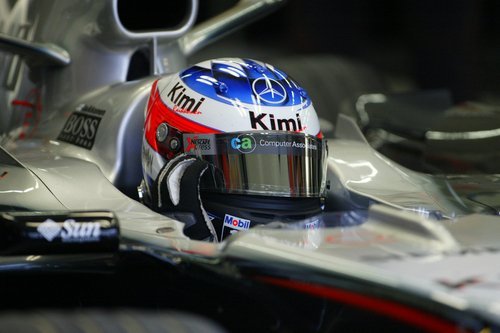 However, Raikkonen did have the momentum entering that final race at Brazil with a stunning string of eight podium finishes from nine races. And the race he didn’t score a top 3 was thanks to a mechanical failure when running in 3rd. So while Alonso crashed out in Japan, and Hamilton ended his Chinese Grand Prix in the gravel, Raikkonen rose from seemingly nowhere and took the title by a single point from both of them with his sixth win of the season. Not a bad way to step into the shoes left by the outgoing Michael Schumacher.

After 2002, when Kimi signed for a then-championship contending McLaren, Raikkonen would’ve hoped only for a more reliable car. His first year for the Woking team was as impressive as it was frustrating with eleven retirements from seventeen races, with only three not being mechanical. But 2003 finally unleashed the Finn, where he was an ever-present threat to the superior Ferrari-Schumacher combination. Kimi won his first F1 race at Malaysia that year and would’ve likely snatched several more if not for the F2003’s pace that Schumacher piloted.

Inverse to what Vettel and Alonso did to Raikkonen in recent years, Kimi completely outclassed a far more experienced teammate in David Coulthard, scoring 91 points to DC’s 51. Kimi was both lightning-quick and consistent, never finishing out of the top six when he finished a race. During a time when the points handed out were incredibly close (10 points for a win, 8 for second-place), Raikkonen’s record for point scoring and podium finishes almost netted him the title. He may have only won one race, but he finished in the top three more than anyone else with ten podiums, seven of which were for second place. Kimi ended the season second, just two points adrift of Schumacher, despite having three DNF’s to Schumacher’s one.

Every sport has many “if only” and “what if” moments with F1 being no exception. And in 2005, fate robbed us fans of a season-long, nail-biting, championship battle thanks to Kimi’s three mechanical retirements. With the Schumacher-Ferrari rule over thanks to a regulation requiring the cars to run the entire race on one set of tires, the two young-guns of Kimi Raikkonen and Fernando Alonso were free to duel it out. Alonso and his Renault team had the advantage early on, with Raikkonen and McLaren getting the better of their French rivals as the season progressed. Kimi scored a career-best seven victories that year, but it could’ve been more as all three of his race retirements happened when he was in the lead.

Thanks to his misfortune, coupled with Alonso taking advantage of every opportunity (Alonso won every race Raikkonen retired from), 2005 is an overlooked season when it shouldn’t be. Both Raikkonen and Alonso were at their very best, and “if only” Raikkonen had a little extra reliability, he would’ve triumphed ahead of the Spaniard. If you ever forget just how good Kimi Raikkonen is, watch the highlights from any race from 2005 to remind yourself, particularly his mesmerizing charge from 17th to 1st at Suzuka.