The stacked odds against Perez in 2021 — FORTLOC

The stacked odds against Perez in 2021 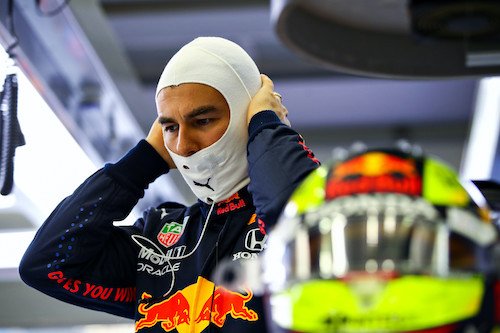 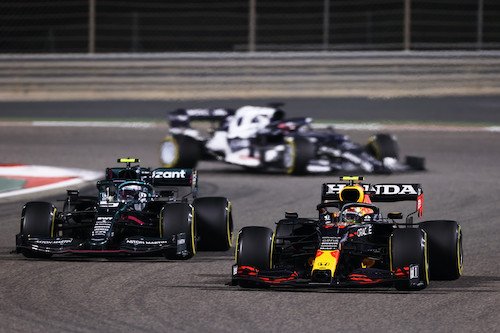 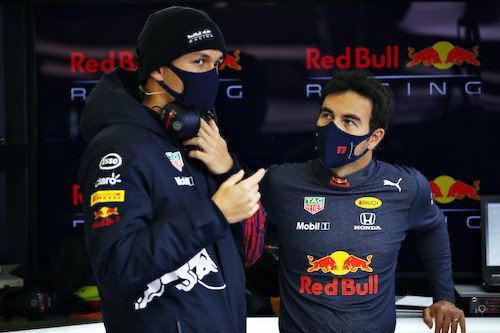 Can you imagine facing redundancy and then being offered a promotion you never dreamed of... only to realize the colleague everyone will judge you against has shrugged off your three predecessors. And that they're the golden boy of the company?

Well, that's where Sergio Perez finds himself in 2021. And the recent history of that second Red Bull seat does not look favorable for the man from Mexico.

The story of how Red Bull saved the career of Sergio 'Checo' Perez is no secret. Fans, pundits, and drivers all celebrated Perez's retention. As a driver who was chronically stuck in the midfield for much of his career, Perez himself has used the expression "dream come true" several times in the run-up to the season opener. And while he and Red Bull remain in the honeymoon period, that illusion of a dream will remain. But I remember how Pierre Gasly and Alexander Albon said similar words not so long ago.

As debuts go, Sergio Perez's first weekend for Red Bull was as frustrating as they come. Not just for Checo, but for us onlookers, too. The conversation about what's going on with the second Red Bull seat has been many fans' focus for years. Ever since Daniel Ricciardo told Christian Horner that he was jumping ship to Renault, the "non-Verstappen" car hasn't lived up to the high standards of its Dutch-piloted sibling. Perez joining was supposed to allow us a stable reading at long last.

Fate would force the wait to go on as not only did Perez miss out on a Q3 appearance, but he began his season from the pit lane. As many have, I'll give Checo the benefit of the doubt with qualifying. A new team, an unfamiliar car, and going out on medium tires with others sacrificing a set of softs. Not to mention Max was only three-tenths faster. But a few more early exits on Saturdays, and the alarm bells will start ringing.

In 2019 Red Bull suffered the ignominy of seven pre-Q3 eliminations, with Verstappen responsible for only two. Fast forward to 2020, and Max made Q3 in every single round. Alex Albon missed out thrice. Three may not sound like a high number, but that's the same 2020 qualifying record as Daniel Ricciardo's Renault and both the McLaren's in far inferior machinery. Perez is 33.3% of the way to Albon's sackable qualifying record. Ouch.

Of course, Red Bull Racing didn't drop Albon and Gasly solely due to their Saturday performances. Sundays are where the points get tallied up. Again, though, Max thoroughly demolished them on that count. Verstappen scored 181 points against Gasly's 63 in their half-season together. With Albon, it ended up 311 to 181 throughout their time sharing a garage. But Perez partners Verstappen as the opposite of the inexperienced up-and-comers Max has grown accustomed to.

However, the odds were not favoring the Mexican as his car died on the formation lap in Bahrain. Yet, Sergio bagged himself and Red Bull ten points apiece, even with a pit lane start. That would've been enough to gift the team the lead of the constructors' championship had Verstappen won the race. Some sign of great things to come? 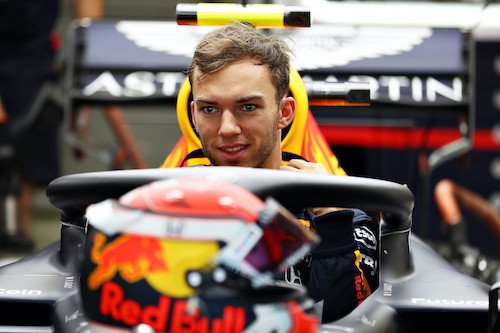 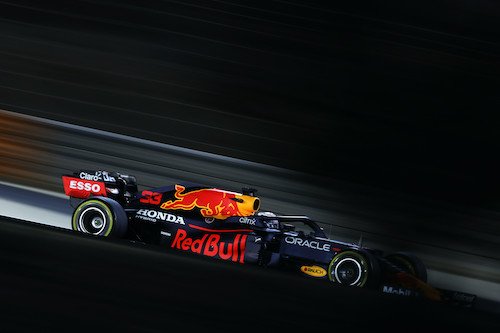 Is Perez inheriting the inferior second Red Bull car, or have Max's recent teammates not been up to the task? It's almost impossible to judge from a single race how Perez sizes up against Gasly and Albon. However, that single race performance to grab fifth place sure is commendable considering how Checo's race began.

It's not a like-for-like comparison, but in Bahrain at the 2020 Sakhir Grand Prix, Albon was in a not too dissimilar situation. He was in a Red Bull starting further back than it should in P12. Throughout that race, Albon slipped further and further back from the leaders. He was on course to finish in only eighth place had Mercedes not shot themselves in both feet. Despite possessing the second fastest car on the grid, Albon could not make up positions.

It's a similar tale if we look at Pierre Gasly's 2019 Bahrain Grand Prix. The Frenchman couldn't break into Q3, just like Perez in 2021 and just like Albon's Sakhir in 2020. Not a like-for-like measurement, but it's what we have to work with for now. With Ferrari being competitive in 2019, P6 was the minimum expectation for Pierre, even when qualifying 13th. Gasly reached eighth by the chequered flag and was almost a minute behind Verstappen in fourth. For further perspective, Kimi Raikkonen's Alfa Romeo finished 10 seconds ahead of Gasly's Red Bull.

And so to jump to conclusions with Sergio Perez from only 56 laps of racing and already things are looking better for Red Bull. To make up an almost-entire field of cars and be hurtling towards fourth place by the finish is a Herculean effort. What's more, when you check Perez's gap to the leader throughout the race, he was mostly in line with Verstappen & Hamilton aside from pit stops.

Christian Horner and Red Bull have missed two things in their second seat for years now: a driver to either backup or push Verstappen on good weekends or one to make the best of undesirable situations on bad ones. Perez proved in Bahrain that they have the latter. I won't be surprised if he demonstrates the former regularly in 2021, too.