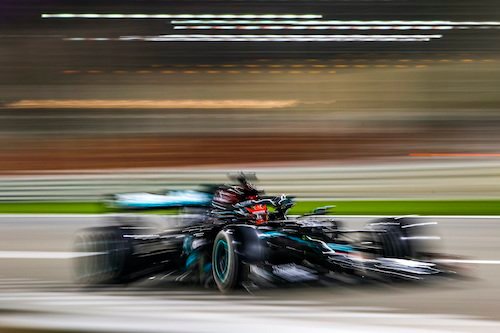 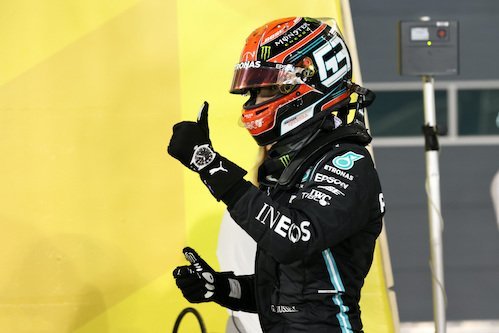 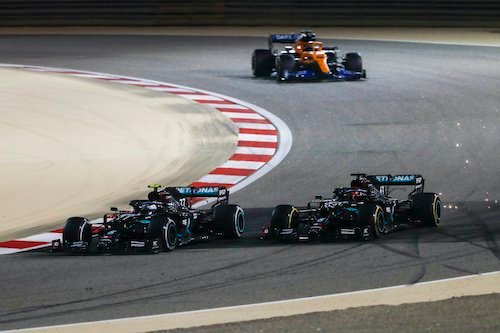 Sergio Perez may have won the Sakhir Grand Prix, but there was another big story across the weekend. George Russell finally had his opportunity to drive a front-running car, and he did so magnificently. Russell finally proved his supporters right and showed he deserves to be regarded as highly as Max Verstappen and Charles Leclerc as a possible future champion.

Ever since Russell graduated from Formula 2, following his championship-winning campaign in 2018, many tipped him to be a big star. That potential has been somewhat difficult to gauge due to his Williams team being so far down the pecking order. Still, Russell has out-qualified his two Williams teammates at every single race. He has earned the nickname Mr. Saturday.

What has been less clear is how Russell’s race pace is at the top level. When he reaches a Q2 session on a Saturday, he inevitably slides down the order on Sunday thanks to his Williams struggling.

That is not a problem when you drive a Mercedes, though. At the Sakhir GP, Russell did absolutely everything right in his first race for his long-term backer. It was a travesty that he was not rewarded with a win. The 22-year-old Brit showed no signs of feeling pressure, even though he faced his biggest F1 test to date.

Valtteri Bottas may have out-qualified Russell, but seeing as the Finn has driven the W11 over fifteen weekends and two weeks of winter testing, that should’ve been a formality. Yet it was only three-hundredths of a second between Bottas and his pole position and Russell’s second place. A sign of things to come as Russell continued to get comfortable in his temporary black overalls.

Russell’s remarkable Sunday began at the very first second of the race. We’ve seen many drivers slip back when the five lights go out, thanks to a bogged down getaway. Even those used to the car they are driving experience this. Such is the advanced clutch mechanism of a modern-day F1 car. Even Max Verstappen struggled with wheelspin at Turkey, for example. Not so for Russell, who had taken the lead by the time the pack had reached the first corner.

What followed was a drive that we are too used to seeing, and therefore may need reminding of how sublime it was. Time and time again, we’ve seen Lewis Hamilton drive out in front while equally maintaining a gap to the sister Mercedes, or a chasing Red Bull behind. That is a difficult skill to quantify; the world champion is simultaneously driving slow enough to get the most life out of his tires and battery while also fast enough not to have a win threatened.

Russell has never been in that position before in Formula One. Though he led many races in the feeder series, the sheer complexity differences between an F1 car and a junior series spec car makes that craft something that can’t be transferred directly to an unfamiliar machine. Russell was learning as he was racing.

Take a moment to appreciate just how comfortable Russell sounded on the radio and appeared on your television screen as he maintained his lead lap after lap. This voice was from the same driver who had to ask where the overtake button was on his steering wheel while still driving faster than anyone else on track. 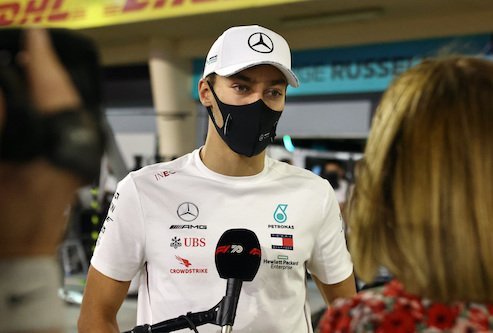 Just as Perez has found out this year, there is no guarantee that a talented driver can remain in the sport. The Sakhir Grand Prix weekend gave Russell an advertising platform to show any other potential suitors that he is every bit as good as they may have heard. Handily for Russell, it also gives Mercedes a headache as they must now be wary of the rivals possibly looking to lure George away in the future. Unlike Red Bull’s prolific Junior Team, the Mercedes driver development program has produced no other driver who has actually sat in a Mercedes at a race.

I’m not sure if it’s Russell or F1 fans who are most disappointed to see him back in Williams for the final race of 2020. Fans are desperate to see something other than a Hamilton victory, and putting any driver, be it Vandoorne, Hulkenberg, or Guttierez, in a W11 would be a treat. But Russell won’t want a novelty race; he’ll be most disappointed not to have a chance to take a victory that he must feel he deserves.

However, Russell continues to show maturity beyond his years and will know that the real race is still in its opening laps, and he’s leading by some margin. That is the race to become a Mercedes driver ahead of any other possibilities. After his Sakhir Grand Prix, Russell will be the only consideration to replace Hamilton or Bottas when the time comes. And hopefully, that time comes sooner rather than later for this bright star of Formula One.