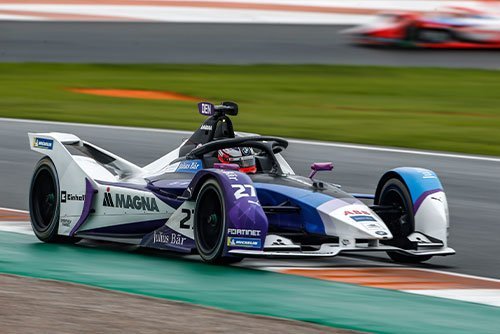 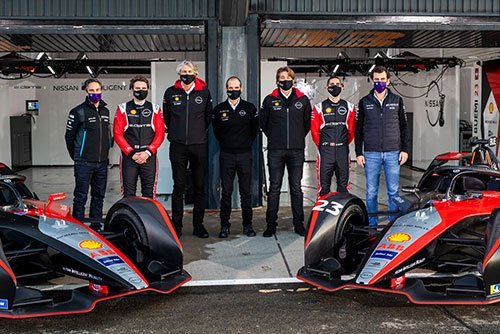 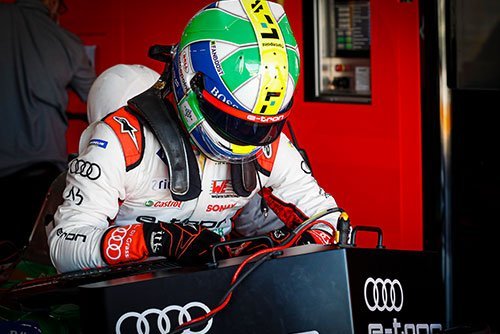 Formula E goes into the 2020-21 season amid some uncertainty as two teams have announced they will leave the competition at the end of the current campaign. After emerging as the potential long-term successor of Formula One, the all-electric series has taken a major step backward this offseason. Still, Formula E’s executives believe the racing league can push on in the wake of a 2019-20 season thrown into crisis due to the COVID-19 pandemic.

The original 2020-21 season was expected to begin late this year. However, due to logistics, the organizers pushed the Formula E start date back to January. Now, with just weeks to go until the green flag drops, Formula E fans are eagerly anticipating the racing league’s return with 14 races set to take place around the world.

The 2019-20 Formula E schedule saw races in Paris and China canceled due to the COVID-19 pandemic. With races unable to take place, Formula E descended on Berlin, Germany in for an intense, six-race event in August to cap off the season.

Now, Formula E hopes to return to its usual calendar for 2020-21. The first race weekend of the campaign will take place on January 16 and 17 in Santiago, Chile. From there, teams will head to Saudi Arabia to compete in the annual Diriyah ePrix in late February.

As it stands, those are the only confirmed dates for the Formula E season. The sport’s organizers are taking a wait-and-see approach as countries around the globe continue to deal with the COVID-19 pandemic.

The provisional Formula E calendar has 14 total races on it, with some marquee events returning. Both the Paris and Sanya ePrix races are set to return, as is the Monaco ePrix (which takes place every two years). The Seoul ePrix will make its Formula E debut, and London will again be a stop-off after a five-year break. Meanwhile, the Marrakesh ePrix is no longer on the season’s calendar after being discontinued.

The big news ahead of the new season is the pending departures of Audi and BMW. The former’s announcement shocked motorsport fans, but less so for the latter due to their long-term work with Formula E. The grim news from BMW followed shortly after the Audi announcement.

Both teams will compete in the Formula E 2020-21 season before departing the series.

Audi’s announcement came with its decision to focus on the Dakar Rally 2022. Audi has been a top team in Formula E since the inception of the sport. The company won the drivers’ championship in 2016-2017 with Lucas di Grassi, and in 2017-2018 it claimed the teams’ title too.

BMW joined Formula in 2018-19 and ended the campaign in fifth. The German car manufacturer announced their decision to exit shortly after completing preseason tests. BMW had been a part of the all-electric circuit for seven years and has helped the league develop before starting a team. The manufacturer is also focusing its energies on the Dakar Rally 2022.

Twelve teams with two drivers each make up the roster for Formula E for the upcoming season, with reigning champion Antonio Felix da Costa returning to the cockpit for DS Techcheetah. 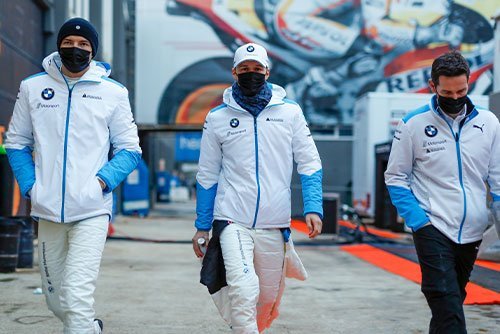 How did the Valencia tests go?

Formula E teams flew to Valencia, Spain, for preseason tests at the end of November. The teams spent three days testing their cars with many positive results. Although headlines now focus on Audi and BMW’s exit at the end of the season, hopes are high for another big year for Formula E, especially after last season’s chaotic finish and canceled races.

BMW’s Maximilian Guenther ended the final day of tests with the fastest lap time at 1:11.760. He finished that day ahead of the Dragon Penske teammates Sergio Sette Camara and Nico Mueller. Reigning champion Da Costa was the fourth fastest on day No. 3.

If test times are anything to go by, this season may be very competitive, which again makes Formula E a great alternative to Formula One.

Formula E has completed six seasons with five different drivers winning the World Championship. Will 2020-21 see the sixth champion in seven years? If the Valencia tests are anything to go by, there is a strong possibility of a new driver taking the crown.

What is the future of Formula E?

Formula E’s future looked incredibly bright just 12 months ago. With new fans attracted to the sport and a more level playing field in comparison to Formula One, the all-electric league was on an upward trajectory.

The COVID-19 pandemic has caused plenty of issues for teams and manufacturers. The strain of keeping teams together, traveling the globe for races, and producing electric car technology under uncertain circumstances is likely to have taken its toll over the last eight months.

Audi and BMW’s decisions to leave Formula E leaves a lot of question marks. The biggest one being who will replace them? Formula E will be down to 10 teams and 20 drivers for 2021-22. While that isn’t bad, losing two global car manufacturers is a massive concern.

In 2019, the sport announced that revenues were on the rise. Although Formula E is still a niche motorsport right now, it is still growing and has come a long way since debuting seven years ago. There was a time in which it appeared Formula E could overtake Formula One in popularity thanks to its clean energy narrative. However, if more teams drop out, the sport may face a very bleak future.