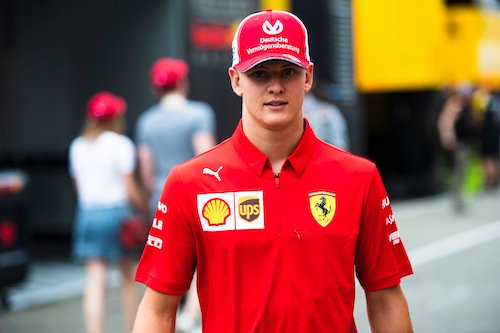 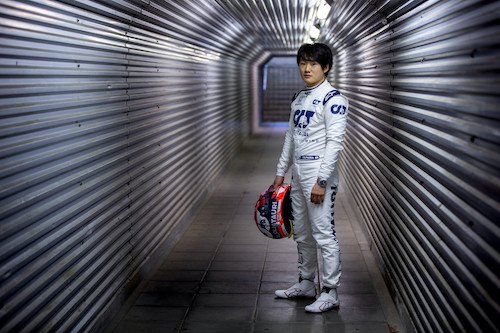 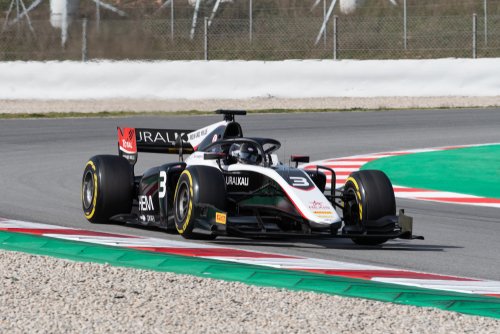 Against what felt like all odds at several points last year, Formula One had a full 2020 championship with more races than I expected back at July's delayed season opener. Circuits with two race weekends, returning fan-favorite venues, and a couple of new tracks too. An extraordinary season in modern times.

But one element was less unusual; the drivers. Robert Kubica made way for Nicholas Latifi at Williams, but that was it in terms of fresh blood. Not so for 2021! We will see three new faces become Formula One drivers this season. Haas put forward an all-rookie line-up for the first time in their brief history, while AlphaTauri continues powering Red Bull's conveyer belt of young potential. Let's take a look at the newbies in the class of 2021.

Schumacher: A surname that needs no introduction. Yet many still don't know much about Michael Schumacher's son, Mick. Being the son of the German F1 legend, to keep the media at bay in Mick's early years in go-karting, he raced under his mother's maiden name, Betsch.

Once he reached single-seaters, however, the M.Schumacher name had a welcome return to the motorsport world. Mick raced in Formula 4 and had a mediocre rookie season claiming a solitary win. Schumacher's real ascent began in his second F4 season when he moved to the Italian race team, Prema. He competed in the ADAC F4 and Italian F4 championships simultaneously, winning five races in each and claiming the runner-up spot in both.

Schumacher's second season improvement appears to be a characteristic of his racing record. With a promotion to Formula 3 and staying with Prema, who coincidentally have strong ties to the Ferrari Driver Academy, Schumacher repeated his two seasons of F4 by having a relatively anonymous first campaign before a much improved second season. This time, though, it was Mick's first single-seater title as he clinched the F3 championship with an incredible late-season surge. Ten podiums in twelve races, including a run of five consecutive wins, and the F3 crown was his.

The silverware was enough for Ferrari to enlist Schumacher into their academy, paving the way for his Haas drive this season. As an "FDA" driver, Mick spent 2019 and 2020 in Formula 2, remaining with Prema. And just like in F4 and F3 before, his first year was relatively uneventful ahead of, you guessed it, a successful second year. So much so that Mick joins Formula One as the reigning F2 champion. Will we see a learning season in 2021 before the "real" Mick Schumacher emerges in 2022 after honing his craft? With the transitional year that Haas seems destined to have, it seems likely.

Just days after Nikita Mazepin's long-awaited confirmation that he would become a Haas driver, the Russian learned the hard way how under the microscope F1 is. His Instagram post, not to mention his various other indiscretions, are well documented elsewhere so, I need not repeat them here. Needless to say, Mazepin may well join F1 as the most controversial rookie ever. However, he hasn't made it this far without showing some talent.

Much of the ire against Mazepin is thanks to his father, businessman Dmitry Mazepin, helping fund his race career. Of course, the irony of that argument is the absence of fan hostility directed at Nikita's high-profile teammate. Mick Schumacher has also found his vocation behind the wheel thanks to his father's influence, financial and otherwise. Mick, however, has enjoyed far more success than Mazepin in the feeder series. 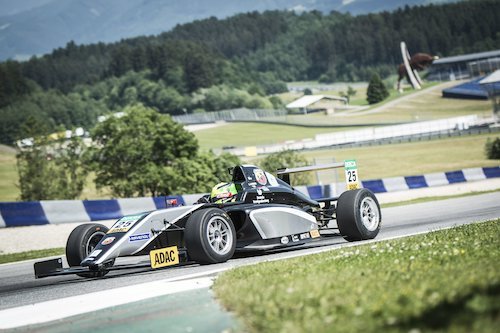 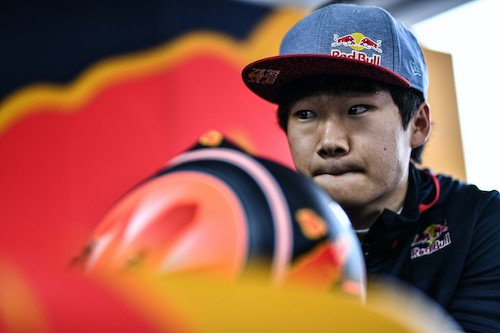 In Mazepin's first season in European F3, he was teammate to none other than George Russell. Russell went on to third in the championship while Mazepin languished in 20th place. For a fairer reference, his other teammate, fellow rookie Ben Barnicoat, scored 134 points to Mazepin's 10. Things improved the following year in 2017 with 10th, but Mazepin was still the lowest placed driver of the three in the team.

Undeterred, Mazepin moved up to GP3 with the hugely successful ART Grand Prix team. A second place in the championship followed, with Nikita ultimately losing out to teammate Anthoine Hubert for P1 in the standings. ART kept Mazepin and promoted him to Formula 2 where his veteran F2 teammate, Nyck de Vries outshone Mazepin on his way to the title. Mazepin, meanwhile, took only 11 points all season to finish 18th in the championship.

But like his new Haas teammate, Schumacher, Mazepin fared much better in his second year in the series. After a trophyless year, Mazepin found himself winning two races with a further four podium visits on his way to fifth in the standings.

Of the three new drivers, Mazepin has more experience in Formula 2 and 3 levels yet still finished behind both his fellow graduates in the 2020 F2 campaign. Nikita is undeniably quick on his day. But it'll be his speed against the world's best that'll show if he deserves his place in Formula 1.

Whether or not Yuki Tsunoda is in Formula One for 2021 to be a sweetener for the possible Red Bull buyout of Honda's F1 project, you'd be wrong to overlook him this year. No doubt there will be debates about how he compares to Daniil Kvyat or Alex Albon, but that shouldn't be the focus. Tsunoda's path to F1 is shorter than nearly everyone on the grid. Anything better than not drowning in the shark tank of the sport will be impressive.

Just two seasons of racing outside of Japan are all Tsunoda has to his name. Twenty-four months ago, Yuki couldn't speak English and had never driven on any "traditional" circuits on the usual European calendar. Now he's joining F1. In recent times, only Max Verstappen, and his one season in European Formula 3, can boast of a shorter F3-F1 route.

When racing F4 in Japan as part of the Honda Formula Dream Project young driver project, he took third and then first in successive championships, triggering the move up to Formula 3. With Honda and Red Bull cozying up after the energy drinks company falling out of love with Renault, Tsunoda became part of the Red Bull Junior Team project, too. Yuki was an 18-year old stepping up to race in cars he'd never driven, on tracks he'd never been to, with two global mega-corporations expecting results.

Despite this pressure, a strong end to the 2019 F3 season where Tsunoda took three successive podiums had him finish in P9 in the championship. For reference, Mick Schumacher mustered 12th in his first F3 campaign and Mazepin 20th. A more consistent season in 2020 in Formula 2 where Tsunoda took three wins and seven podiums saw Yuki finish only fifteen points behind the more experienced Schumacher, with P3 in the championship.

Tsunoda is the youngest and least experienced in F2 and F3 racing of the three men entering F1. However, with the AlphaTauri and Honda partnership going from strength to strength, the addition of Tsunoda could see Yuki be the standout rookie of 2021.