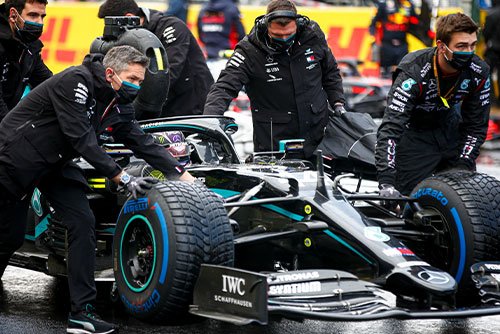 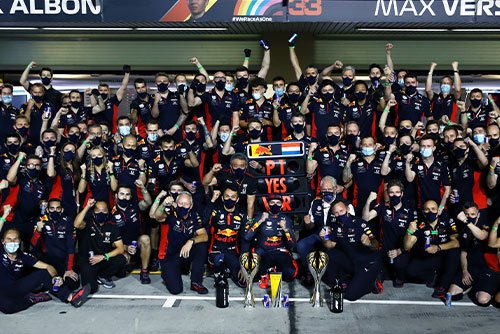 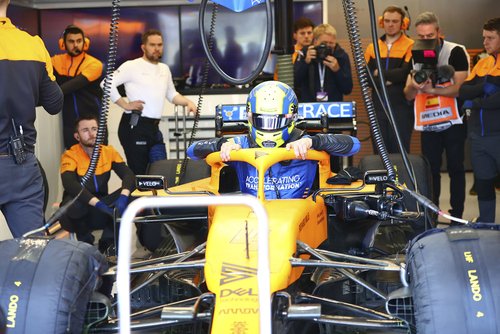 What an unexpected season 2020 turned out to be! Despite another Mercedes championship, the F1 teams fighting behind them jostled for position right until the final race. After seventeen rounds, we've taken a look back over how each constructor handled this unique year of Formula One.

With Ferrari falling back, Mercedes had just Red Bull to contend with in 2020. That contest was more than manageable, with Red Bull having only Max Verstappen as a challenger.
It's tough to say where this season ranks in the seven-year streak of German efficiency by Mercedes, but they did make an enemy of themselves multiple times. Their pit stop call at Monza and colossal screw up at Sakhir proved to be race-losing errors. With the number of victories Mercedes have, these errors are easy to overlook. Together with Lewis Hamilton's penalty for practice starts at Russia, these three mistakes show uncharacteristic chinks in the usually pristine Silver Arrows armor.

While a second-place finish in the constructors' championship is progress for Red Bull, after a string of P3 years, they haven't exactly made any strides forward. Ferrari's descent meant that second place was a formality. Alex Albon's woeful season caused the team to fight 2020 one-handed. However, even with two Max Verstappens, they would've struggled to get on the tail of Mercedes.
Still, at the 70th Anniversary GP and in Abu Dhabi, Red Bull had the fastest car outright. Being the best at two of seventeen races won't net a title, though. 2020 will chalk up as another season of what-ifs for Christian Horner's team.
With a veteran Sergio Perez bolstering the Bulls' firepower next season, perhaps they can outstrategize Mercedes to steal some wins with two cars consistently at the front.

McLaren's turn around since Alonso left has been terrific for the sport. Watching them languish at the back with Williams was a sorry sight.
Not so for 2020. Not only has McLaren been the best of the midfield for two consecutive seasons, but they also did so against five relatively equal challengers.
The team has radiated a sense of harmony, and everyone pulling in the same direction. They didn't have the third-best car for most of the year, yet finished third in the final table. That neither driver finished "best of the rest" in the drivers' championship while their employer did highlights the strength of what two equally talented men can do by being team players.

Bittersweet may be the best word to summarize Racing Point's season. Yes, they've scored more points than in their Force India/Racing Point history, but one suspects they hoped for more. The approach to "take inspiration from" a competitor's car looked to have them as possible podium contenders at pre-season testing. However, they remained firmly in the group behind Red Bull and Mercedes all year.
Nonetheless, two podiums, a pole position, and a double podium with a victory can't be considered a bad season for a team that had never won a race before. With Aston Martin and Sebastian Vettel joining them next year, they're well placed to grow even mightier.

There were three podiums for Renault and double the haul of points from 2019 this year. Yet they still finished fifth place again in 2020. The French team will be encouraged at their progress, but with many rivals also rapidly developing, they may need to find a silver bullet to mount a serious title campaign.
Renault may have suffered a little from the Red Bull problem of having only one driver turning in regular performances. Esteban Ocon scored 62 points to Ricciardo's 119, which is frankly embarrassing. The Renault looked the fastest of the midfield several times in 2020. If Renault had managed to bottle the lightning pace shown in Belgium, they would've breezed to a P3 finish this season. 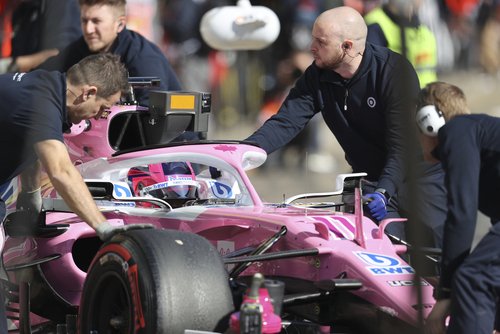 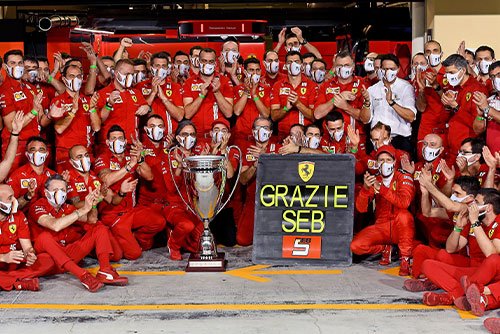 How the mighty fell this year. The worst season for Ferrari since 1980 does not make sense with the driver line up they had. Whatever settlement the Italians made with the FIA last season surrounding their power unit hurt them, and their customers, an incredible amount. It's a wonder Leclerc claimed two podiums and Vettel one.
For Ferrari to publicly declare there is no quick fix shows the severity of the problem at Maranello. You wonder what Sergio Marchionne would think of the situation if he were here to witness it. With 2021 looking to be a near re-run of regulations, another year in the doldrums awaits.

Somewhat helped by Pierre Gasly's win in Monza, the first outing of Toro Rosso as AlphaTauri couldn't have gone much better. The first time the team had mustered a triple-digit number of points in its history marks quite a milestone. Having built on their solid 2019 season, any race when AlphaTauri didn't have one car in the top ten was a surprise, highlighting how far they've come.
Red Bull have suggested they want to have AlphaTauri as a sister team rather than a junior outfit (oddly timed around the financial cap). That transformation looks to have already started.

Ferrari's "B" teams suffered the same fate as the hand that fed them in 2020. The lack of power meant both Alpha and Haas spent an entire season as backmarkers. For Alpha/Sauber, this was a slide back to where they thought they'd escaped, while for Haas, 2020 was a harsh slap of how sour F1 can turn.
Alpha Romeo and Haas now face another season waiting for Ferrari to make sense of the power unit rules lawfully. With Covid delaying the budget cap and new rules until 2022, the 24 months from January 2020 will be ones to forget for both teams.

Did Williams move forward this season, or did Ferrari power move back? Probably a little of column A and a little of column B. Frank would never have imagined his legacy to end with the first season in his team's history where they didn't pick up a single point. George Russell wrested the underpowered car into Q2 on multiple occasions, but that nets no points and thus no financial benefits in the championship.
Fortunately, 2020 is also the year where Dorilton Capital secured the long-term future of the Oxfordshire constructor. Whether that will make these years at the bottom a bad memory or extend the suffering remains to be seen. But things can't get any worse than pointless...right?