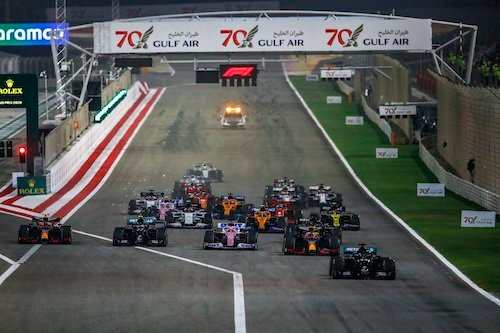 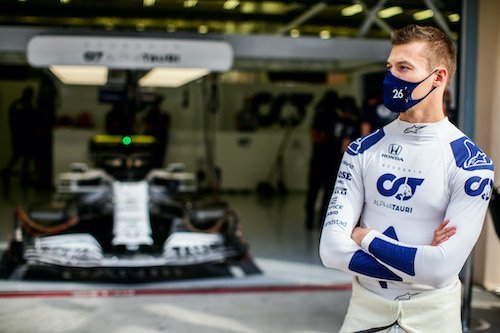 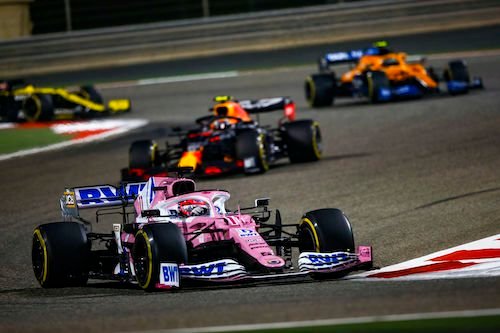 Lewis Hamilton won the 2020 Bahrain Grand Prix, but the real victor was the once-controversial halo. Without the safety improvements in Formula One and open cockpit racing in general, Romain Grosjean may have sustained more severe injuries or worse during the opening lap.

Grosjean hurtled into an Armco barrier after cutting across and hitting Daniil Kvyat on the straight between turns 3 and 4. In what is undoubtedly the scariest F1 accident in recent memory, Grosjean’s Haas was a little more than a safety cell and burning wreckage. With the incident happening in such an unusual place, there were no tire nor Tecpro barrier systems to slow down the Frenchman.

As the race had only just started, the Haas VF-20 was full of fuel, which ignited on impact when the car’s rear split from the front. The speed Grosjean carried into the safety barrier was terrifyingly apparent with the images of the front of his Haas being wedged into the barrier, with the rear several meters further down the track.

The Haas’ nose and cockpit had pierced the metal barrier, with the halo’s central column saving Grosjean’s life. The halo pushed one row of mental above where Grosjean’s helmet would be. Had the safety system not been introduced, we may be telling a different story now.

Drivers and fans alike tentatively waited to see images of Grosjean exiting his car, which thankfully came shortly after the incident. The relief for everyone at the Bahrain International Circuit was palpable to see on screen, as well as feel in viewers’ armchairs when the broadcasters finally televised Grosjean miraculously walking away, mostly unharmed from the horrific incident.

Although we should always praise the drivers for providing entertainment for us by risking their lives, we should commend them even further this weekend. The nineteen remaining men resumed racing after an hour of watching replay after replay of their friend and colleague’s terrifying ordeal from different angles during the resulting red flag period.

But the show must go on. And it did for a further half lap, before again Kvyat and one of his front wheels paused the race again. While the Russian was an inadvertent cause to the Grosjean accident, there was little doubt of blame for his second contact in only two laps.

An ambitious move on Lance Stroll into turn eight resulted in the pink Racing Point rolling over. Although Lance was completely unharmed, the Canadians torrid second half of the 2020 season continued with another DNF. The stewards slapped Kvyat with a ten-second penalty, essentially ending any chance of points for Daniil.

The marshalls required a six laps safety car period to recover the upsidedown Racing Point, and finally, on lap seven, the drivers finished a lap without incident. The two stoppages had rendered the starting grid from Saturday’s qualifying irrelevant. Although Lewis Hamilton and Max Verstappen led the way, both their teammates had fallen back. For Alex Albon, this, fortunately, meant remaining in fourth place. Although the Thai driver fell behind Perez, Valtteri Bottas fell from second to sixth before picking up a puncture on the race restart, sending him to the back of the pack. 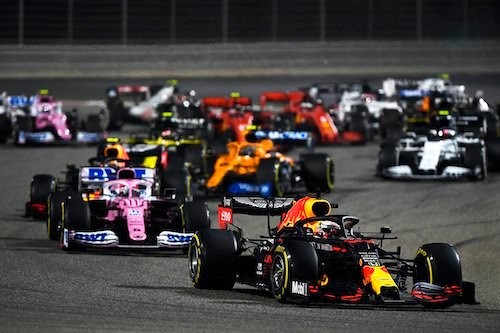 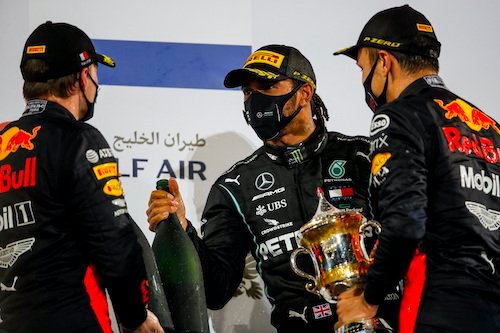 I will not often say this, but fortunately, the rest of the race was thankfully an uneventful and predictable event. There were no more comings together, no cars upside down, and no drivers emerging from flames. Instead, the much-discussed midfield constructors battle raged on.

A resurgent McLaren showed their early-season pace, which has been missing for many Grand Prix. Lando Norris and Carlos Sainz enjoyed a rare Sunday when both McLarens ran high in the order. Their main competition was Daniel Ricciardo, and briefly an Esteban Ocon who resembled the man that raced in 2018.

But Renault fumbled a couple of strategy calls and proved to be their own worst enemy. Firstly, they took five laps too long to invoke team orders and allow Ricciardo, clearly, the faster of the two RS.20s, to pass his teammate and chase down the McLarens ahead. Then, in the second round of pitstops, they brought in the trailing Ocon two laps before Ricciardo. The powerful undercut sent Ricciardo out behind the Frenchman after his stop, slowing down both men as they squabbled over eighth place.

The midfield team set to score the most points, though, was Racing Point. Despite having lost Stroll earlier, Sergio Perez remained ahead of Albon in third. A second successive podium beckoned for the soon-to-be unemployed Mexican. But late-race heartbreak struck, and after several puffs of exhaust smoke, the power unit inside the Racing Point failed, ending any hope of Sergio nursing the car to the finish line.

The misfortune of Perez was beneficial to Albon, however. With the Red Bull driver racing to remain at the Austrian team next season, even a lucky top-three finish will assist his chances of renewal. Albon and Verstappen flanked Hamilton on the podium to collect their silverware at a race that will live long in the memory for the disturbing scenes on lap one.