Albon to race in new-look DTM 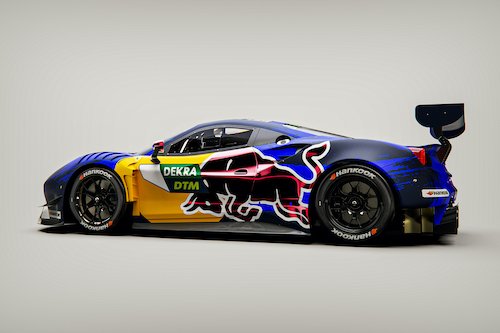 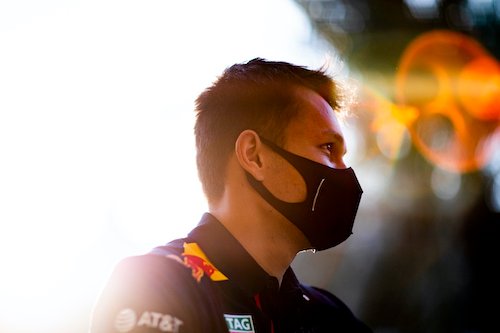 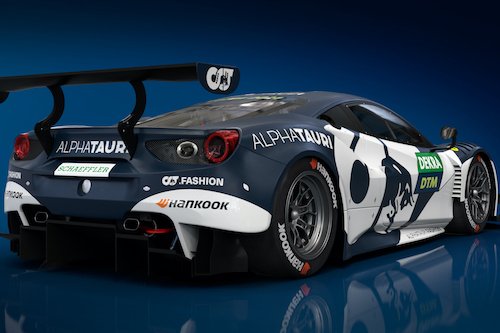 2020 didn't go to plan for anyone on the planet. Yet even taking the global pandemic out of the equation, it would still be a miserable year for Red Bull Racing's Alex Albon. The Thai driver was preparing for pre-season testing and the opening F1 round at Australia early last year. In early 2021, however, his upcoming season is looking rather different...

Albon may feature at some Formula One weekends with his reserve and development driver role at Red Bull. However, those appearances will likely be sitting in team debriefs, and being on standby should ex-teammate Max Verstappen or his replacement, Sergio Perez, be unable to race. Quite the fall from grace.

Yet Albon will be contesting several race events in 2021, but with a roof over his head. Red Bull's management team have decided to return the energy drinks company's name to Deutsche Tourenwagen Masters for 2021, with Albon poised to drive. Red Bull's last DTM involvement was back in 2017 as a sponsor. Their return this year comes as a backer to the AF Corse team, with some visually stunning liveries.

Season Beta isn't just about racing, however. The car racing series has added features for the current season courtesy of the Roborace Metaverse. This features mixed reality that combines physical and virtual worlds for both teams and fans.The news represents a lifeline for Albon, who faces an uncertain future. His disappointing first full season as a Red Bull driver saw his stock drop dramatically. After replacing Pierre Gasly in mid-2019, Albon appeared to perform much better than the Frenchman, leading to optimism for what he could do over a year in a front-running car. But 2020 saw just two podium finishes and barely more points than he scored in 2019, where Albon spent most races in a Toro Rosso seat.

The 2020 season was over, and all other teams' seats filled by the time Albon knew he was out of a drive. Red Bull handing this DTM opportunity must feel like a simultaneous slap in the face and pat on the back for Albon. It will keep his year a lot busier than the alternative of sitting on the sidelines. Albon has next to no racing experience outside of karts and single-seaters, so tin-tops will represent a welcome challenge for him.

Albon will drive a partial championship as he balances some F1 weekends with the DTM calendar. The versatile New Zealander, Nick Cassidy, who is to compete in Formula E this year, will drive the weekends when Albon cannot. Both men will partner Red Bull Junior Team member, Liam Lawson. Lawson is set to race in Formula 2, and somewhat fortuitously for Lawson, the F2 and DTM calendars do not clash, meaning he'll fight a full campaign in two racing championships.

For all three drivers, 2021 is a great year to drive in the famed German series. DTM is going through quite the change. It has been forced to re-invent itself after Mercedes-Benz, one of the mainstay manufacturers pulled out of the series in 2018. Audi followed suit at the end of 2020, leaving BMW as the sole manufacturer. DTM rightfully scrambled to find a quick solution.

That answer was GT3. On one hand, we ask ourselves whether the world needs another GT3 level championship. But on the other, we wonder if we would want to see the demise of DTM from the motorsport world. Like Alex Albon dropping out of his conventional single-seater surroundings to stay relevant, the "Tourenwagen" series has had to make the step away from touring cars to continue existing. After all, there is no shortage of available manufacturers with GT3 machinery. 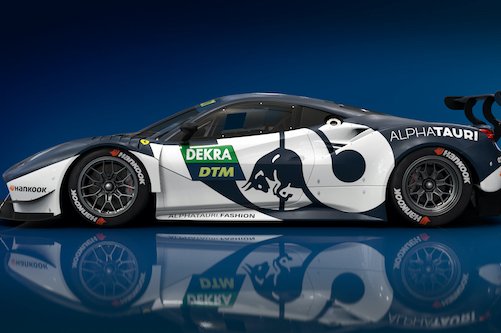 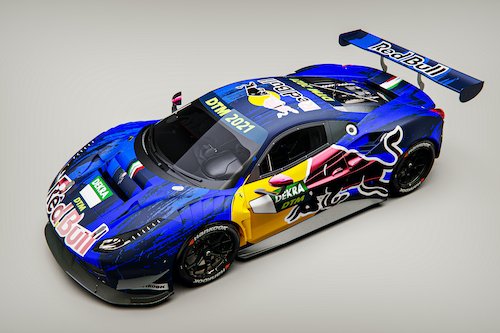 The Red Bull duo (and Cassidy) will be piloting a Ferrari 488 GT3 Evo for the AF Corse team. They'll face the Abt Sportsline team who are racing the Audi R8 LMS Evo, Team Rosberg with the Lamborghini Huracán GT3 Evo, and GruppeM Racing with the Mercedes-AMG GT3 Evo. There will also be three McLaren 720S GT3s at the races, with 2 Seas Motorsport running two and Jenson Team Rocket RJN fielding a single-car team.

Although these GT3 monsters are some way away from the DNA of DTM, there is no denying the issue of single-manufacturer reliance is well and truly squashed. DTM gave insight to a road map stretching well beyond 2021, too. Additional support categories will join the main event. One which pays homage to DTM's heritage, and the other offering a glimpse into the future of the series.

DTM Classic will see cars from the past compete. These include vehicles from DTM seasons gone by, alongside historic Formula 1 and Group C race cars. On the other side of the scale, DTM Electric will see all-electric racing. The electric series is set to have thirty-minute sprint races, with discussions ongoing regarding battery changes in the compulsory pitstop.

All in all, a new look for DTM, and a new car for Alex Albon. The two go into 2021 facing a year they couldn't have imagined nor welcomed 12 months earlier. Yet these GT3 cars could be the shot in the arm that both parties need to establish their medium-term futures.