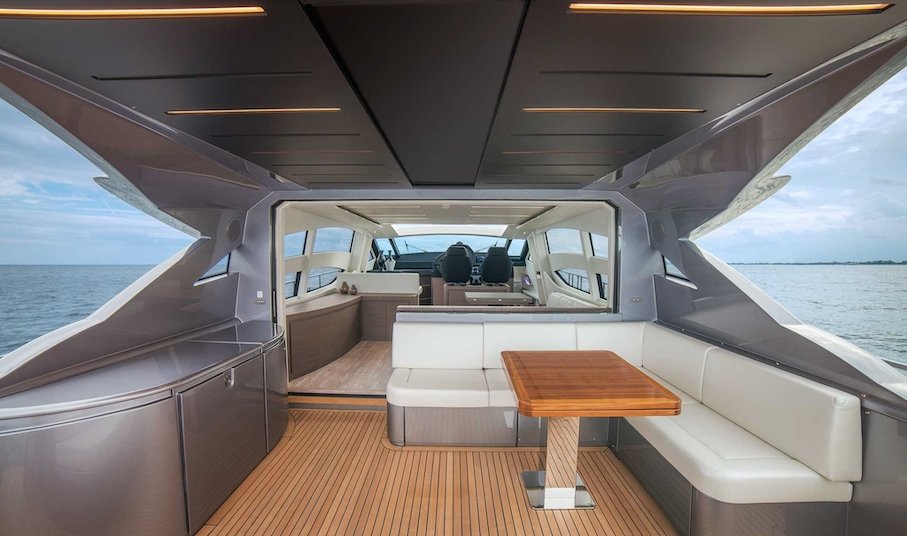 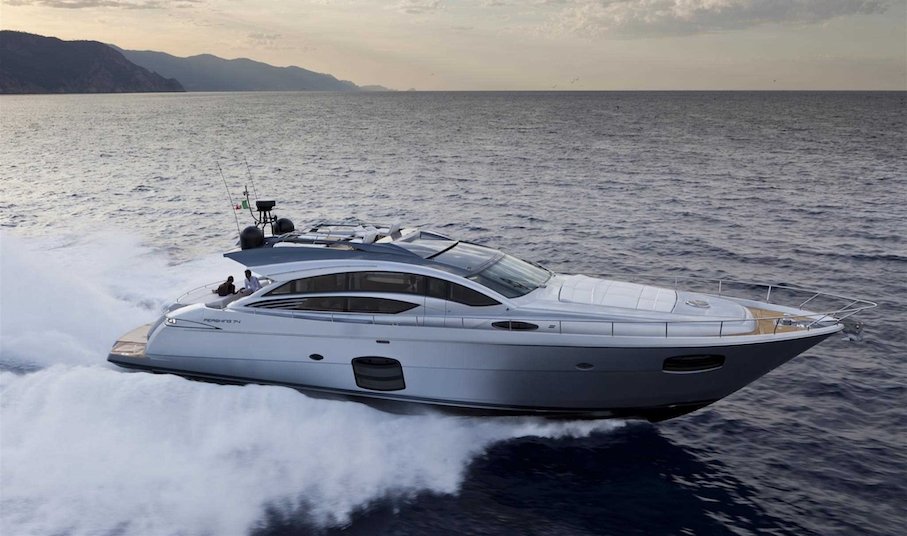 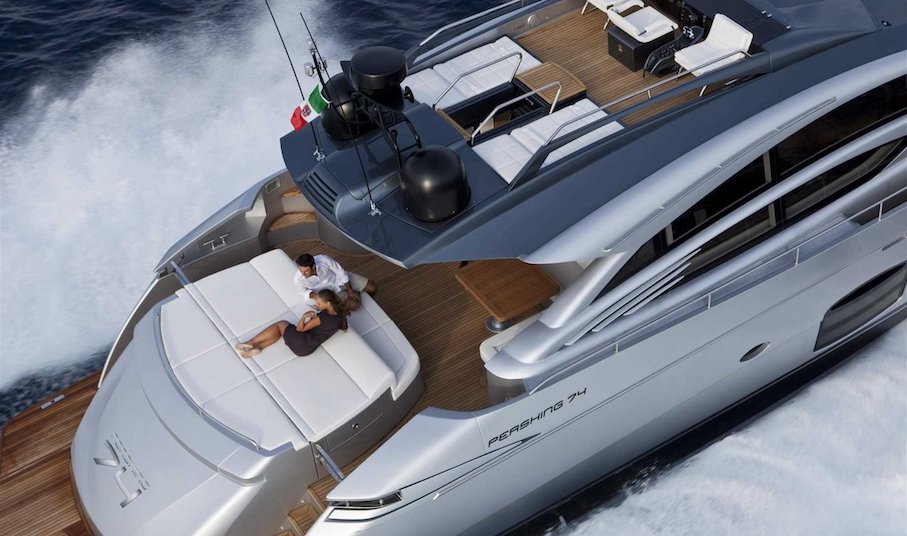 A follow-up to the much-appreciated Pershing 72, the Pershing 74 made its world debut in 2011 at the Barcelona International Boat Show. Although it’s been around for a while, the Pershing 74 is still one of the best sub-25 meter yachts on the market today, and it’s not hard to understand why.

As with many of its peers, the Pershing 74 was designed by serial yacht designer Fulvio De Simoni in close collaboration with Ferretti Group’s Engineering department. The result of this collaboration is a yacht that is both sleeker and, in many ways, better than its predecessors.

Unveiled in 2007, the Pershing 72 debuted an all-new aesthetic design from the Italian company. One that was more polished, more futuristic, and offered more spaces for the yacht’s occupants.

The same design was carried over to other models in the Ferretti family, including the P64, P92, and the P108. It’s this design DNA that the Pershing 74 possesses while adding a few bits and bobs that make it a tad easier on the eye and a great value proposition.

The company’s “open personality” theme is immediately apparent with the 74, with an imposingly large sun deck on offer for those stunning sunset views. Add to this the large windows and retractable glass doors, and you have yourself a yacht that delivers, in Pershing’s words, “direct contact with the sea.”

Accessible through an automated sliding hatch or via the central staircase, the yacht’s sun deck comes with two chaise lounges, a mini-bar fridge, and two reclining electric sunbeds in a neatly designed sunbathing area.

Separated from the lounge by a retractable glass partition, the main deck’s cockpit area houses a central sunbathing spot at the stern, along with a gorgeous corner sofa and a table that can seat up to eight people.

The lounge is outfitted with oak furniture flooring, while a light shade of Poltrona Frau leather covers the ceilings and bulwarks. The area comes with a big L-shaped corner, a central table with a woven leather top, a movable structure with a 40” flat-screen TV, and a helm station with seats for two.

The yacht’s lower deck houses four cabins; the master cabin, the guest cabin, the VIP, and the crew cabin. As expected, the crew area is the smallest of the three and is accessible from the cockpit area, it comes with a small living area, two folding tables, two chairs and beds, a custom bathroom, and a minibar

The guest cabin comes with two parallel beds and an extra foldaway bed and has access to the deck’s main bathroom while the VIP cabin comes with a large central bed, two wall wardrobes, and a separate bathroom.

The master suite comes with a king-size bed, a chaise-lounge sofa, a dressing table, a mini-bar fridge, a 40-inch flat-screen TV, and a well-furnished bathroom. The room comes with large windows that provide a stunning panoramic view of the sea.

The Pershing 74 is powered by two MTU Common Rail engines that produce a combined 1950hp; enough to give the boat an impressive cruising speed of 40 knots and a maximum speed of 44 knots.

The 74 comes equipped with Searex surface drives and high-performing Rolla surface propellers. These, together with the engines are managed by the yacht’s AUTOTRIM system which balances the speed and load status of the boat ensuring the best ride quality at all times.

Although it’s been around for a while, the Pershing 74 is still one of the best yachts in its class, a tribute to the design and engineering prowess of the Forli-based company.