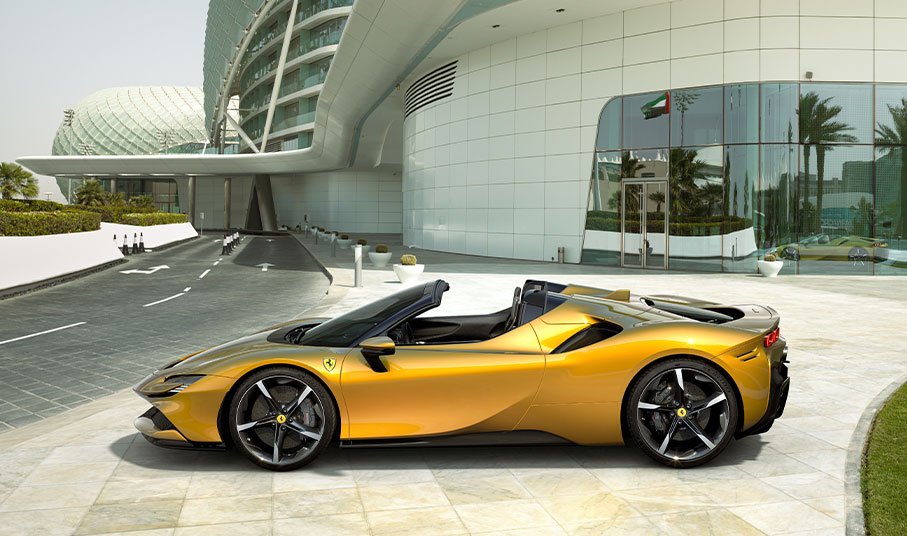 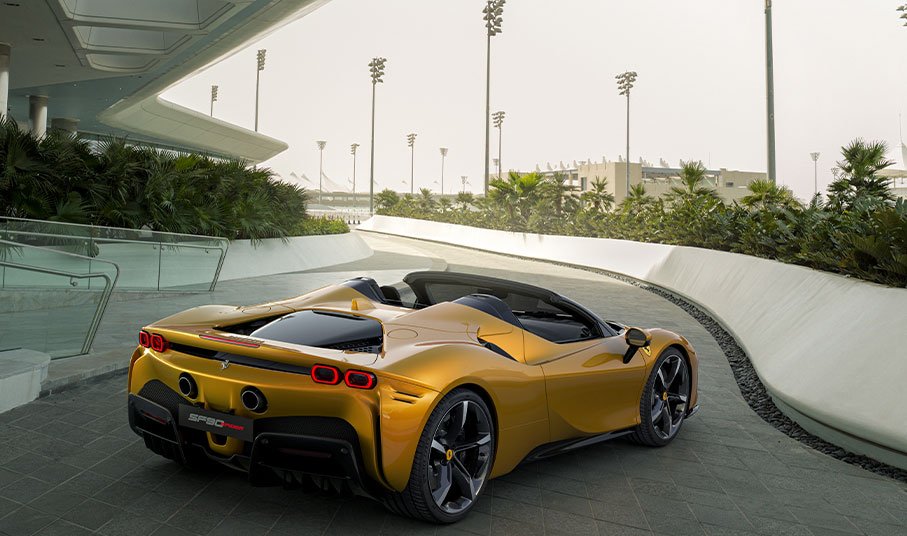 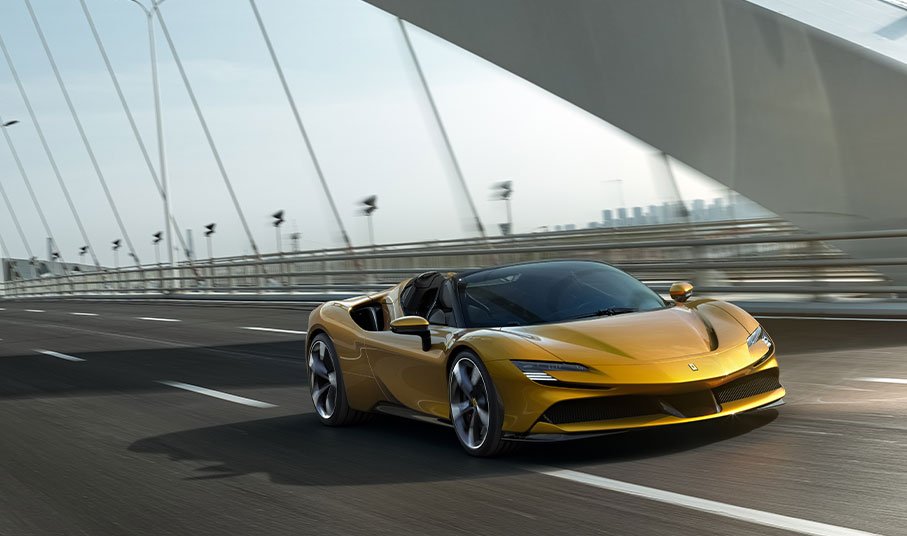 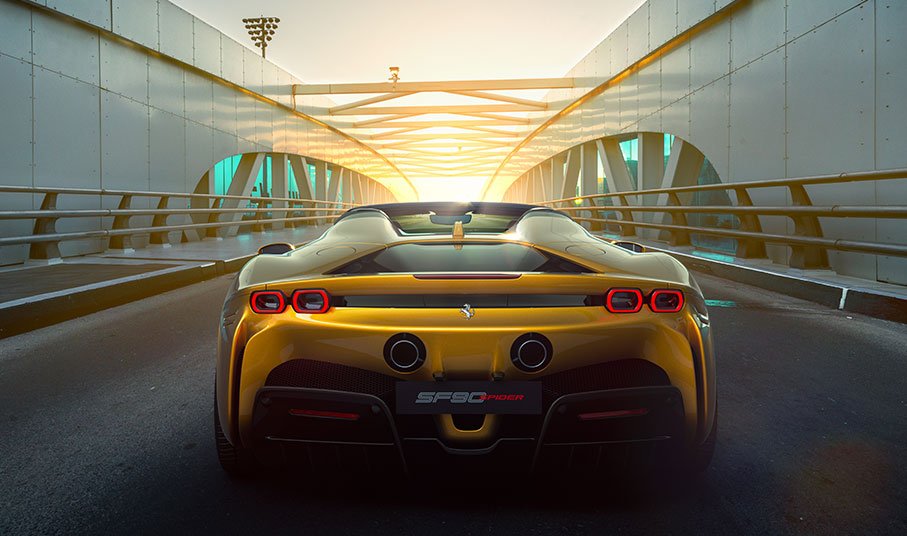 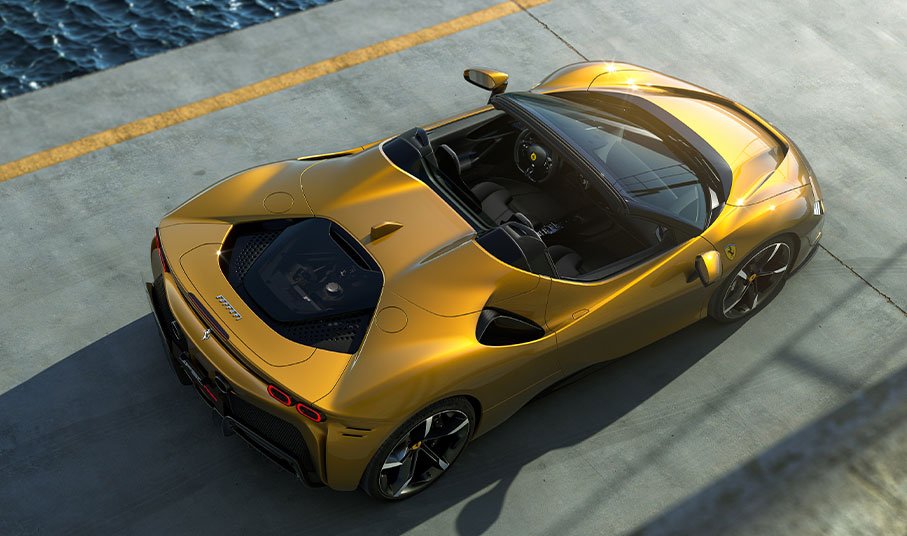 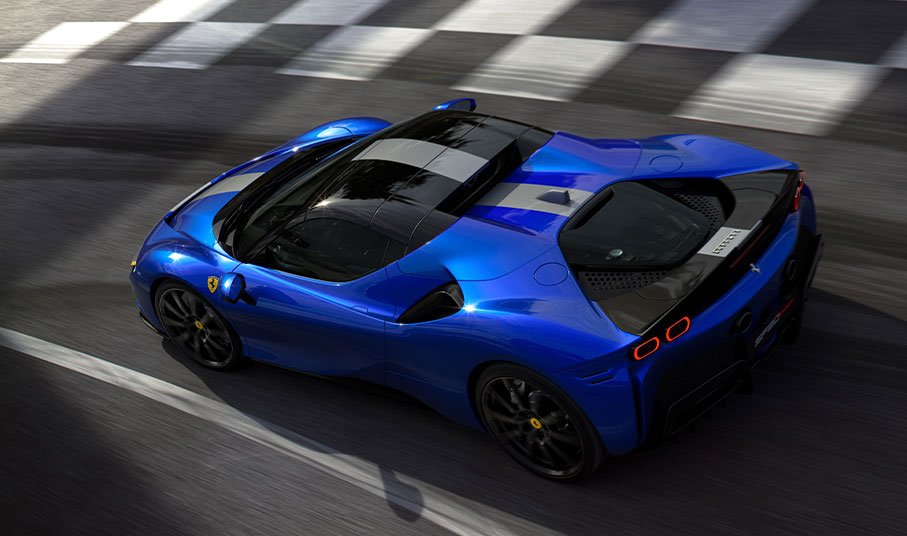 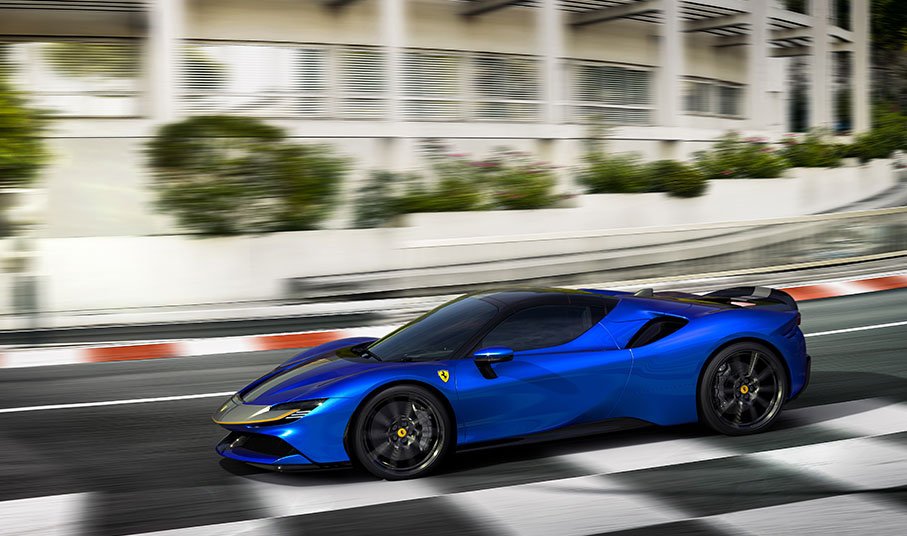 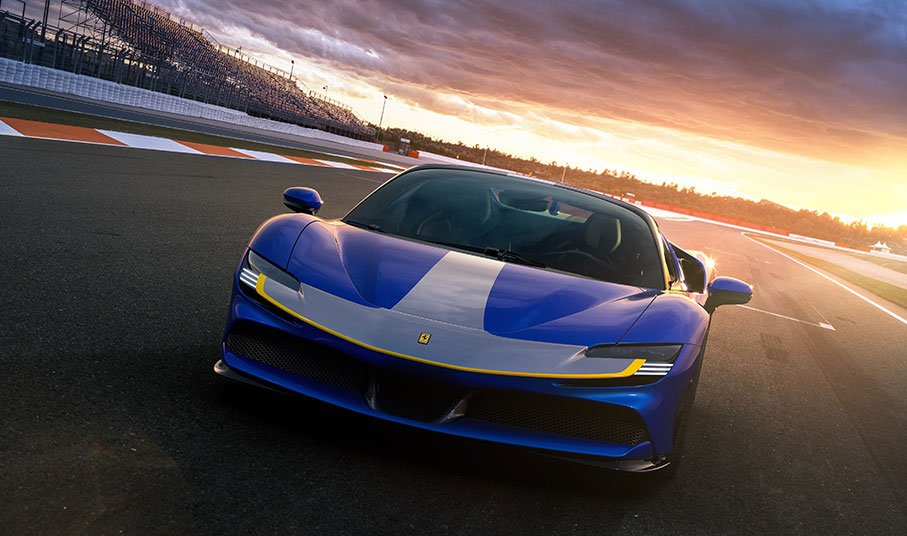 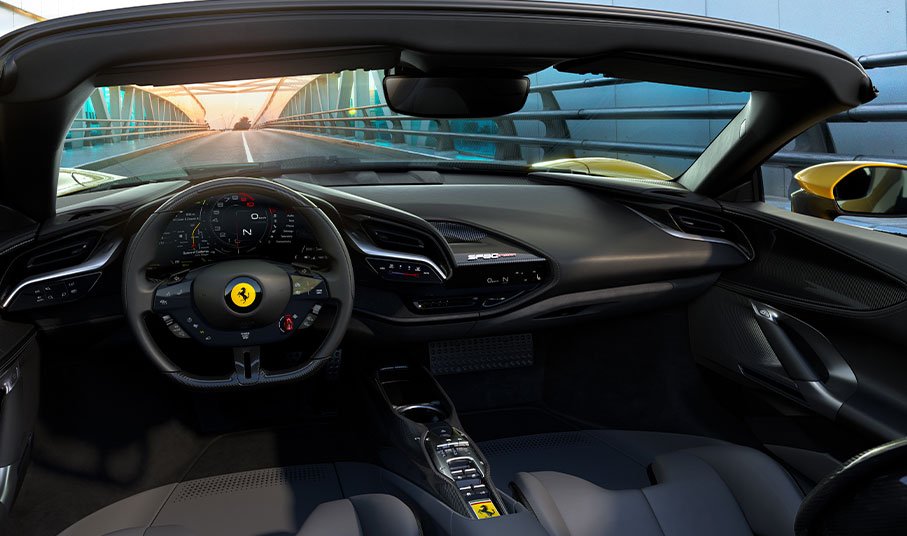 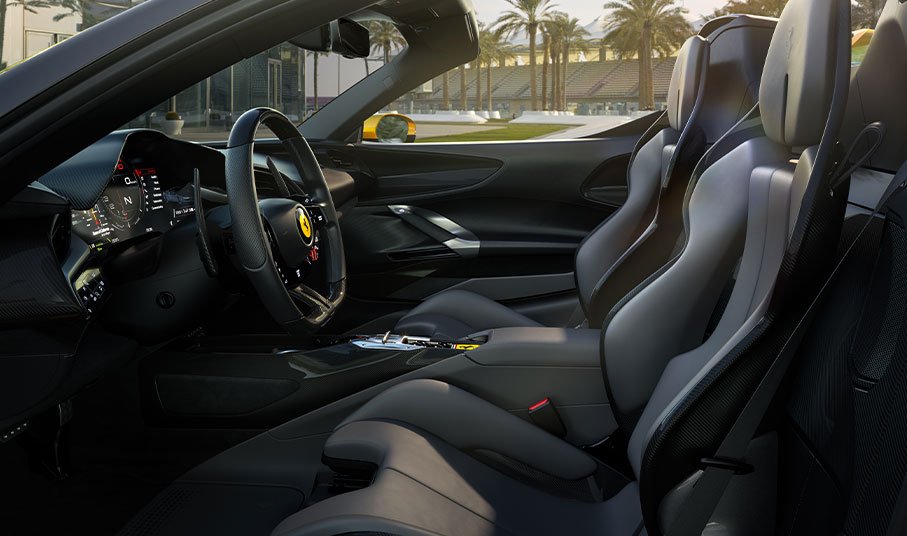 Announced in May 2019, the Ferrari SF90 Stradale is the most bespoke and powerful production supercar in Ferrari’s ranks. Now, the Maranello based company seeks to give that car a companion; the Ferrari SF90 Spider. For enthusiasts who believe supercars are better without the top, the wait is over.

Being a “spider”, the new car comes with a retractable roof, but apart from that, it has a lot in common with the SF90 Stradale. The Italian company says the new spider’s electrically retractable hardtop can be raised or lowered in just 14 seconds.

The Spider comes with a 4.0-liter V8 engine that works in conjunction with three electric motors (two on the front axle and one at the back), jointly producing a whopping 986 horsepower. Also in the mix is an eight-speed dual-clutch automatic gearbox and an all-wheel-drive system.

Of course, performance is similar too, with both cars doing the traditional 0-100km/h sprint in an impressive 2.5 seconds and 0-200km/hr in 7.0 seconds for the Spider and 6.7 seconds for the Stradale. Top Speed is stated as 340km/hr for both cars. According to Ferrari;

“The new convertible has the same extreme supercar specification and record-breaking performance as the SF90 Stradale yet also adds further driving pleasure and versatility to the mix, thanks to the latest iteration of Ferrari’s signature Retractable Hard Top architecture.”

Design-wise, the SF90 Spider borrows the Stradale’s stunning looks, with only a few changes made to the car’s exterior look to accommodate the retractable hardtop.

Some of the changes include; long louvers added to the car’s rear windows, which replace the Stradele’s rear ducts, and a storage compartment for the retractable hardtop between the passenger seats and the car’s rear-engine. It also comes with a rear windscreen that can be raised or lowered when the roof is retracted to limit wind buffeting at high speeds.

On the inside, the Spider isn’t too different from the Stradale either, with a curved HD 16-inch digital instrument cluster, a steering wheel equipped with touch-sensitive buttons that control functions like headlights, wipers, and turn signals, and an ingenious head-up display all coming as standard.

Among the key additions are the new trim elements in the car’s interior that the company says channel air away from the car’s occupants.

Performance-hungry buyers will have an opportunity to add even more grit to their cars by opting for Ferrari’s Asseto Fiorano handling package. The package comes with added benefits like a unique livery, carbon fiber and titanium materials, Multimatic shock absorbers, and Michelin Pilot Sport Cup 2 performance tires.

The SF90 Spider is the first plug-in hybrid drop-top supercar in the Maranello based company’s history. Buyers of the car will be happy to know that it comes with Ferrari’s seven-year maintenance program that covers all the car’s regular maintenance needs for its first seven years on the road.