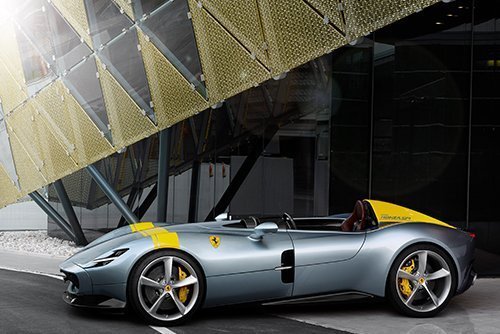 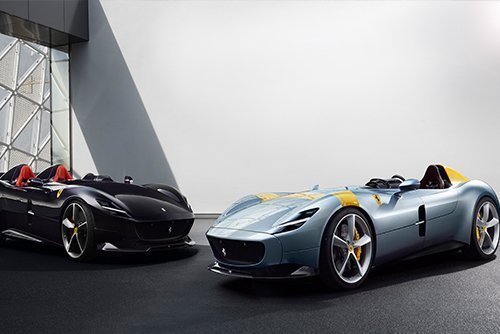 The Ferrari Design team and legendary Ferrari designer Flavio Manzoni received accolades in the world of automotive design at the beginning of July. They were named: “Red Dot: Design Team of the Year 2019”. If you’re counting, as many car enthusiasts do, that’s a total of 14 Red Dot awards in the last five years. No other automotive manufacturer has achieved such results.

This specific award is for “innovative and aesthetically outstanding design” of the 2019 Monza SP1 which was introduced at the end of 2018. The SP1 design team now shares bragging rights with the designers of the Ferrari FXX-K, 488 GTB, J50, and the Portofino. The new speedsters take a modern engineering approach to a car that carries the look of classic Ferraris of the past.

Dr. Peter Zec, CEO of the Red Dot Award, stated that Ferrari (company and designers) knew how to connect to their market while reaching new heights in design and technology. “Ferrari understands better than any other company how to make luxury sports cars objects of desire.” Looking at the SP1 alone, it’s difficult to disagree with him.

The Ferrari Monza SP1, and it’s sister version the SP2 are limited production sports cars produced by Ferrari marking the starting point for the newest model line called the “Icona” series. The name Icona is a verbal link between the new line and the classic speedsters of the past that were prominent in many 1950s and 60s movies featuring road racing. Ferrari is going for that “iconic” look with the latest in technology, materials, and powerplants.

The cars in the Icona series will all be limited in numbers, making them instant classics. Ferrari has indicated that fewer than 500 of the speedsters are scheduled to be manufactured.

The SP1 and the SP2 are essentially the same vehicles with the SP1 being a single-seater geared towards buyers wanting a single driver racing/track experience. The SP2 still has the same overall look while being fitted with two seats. The cars that inspired the SP1 and SP2 are the Ferrari 750 Monza, 250 Testarossa and 166 MM.

Equipped with an enhanced version of the V12 engine in the 812 Superfast, the SP1 is one of Ferrari’s most powerful V12 road cars. As for speed and acceleration, Ferrari states that the SP1 and SP2 can go from 0–60 mph in 2.9 seconds and 0–124 mph in 7.9 seconds. Announced top speed comes in at 186 mph.

The 812 also loans its basic chassis design as the starting point for the SP1 and SP2. From there Ferrari designers went with carbon fiber and composite bodies featuring a large throwback style clamshell hood. The SP1 comes in at 3,306 pounds with the SP2 two-seater only being around 45 pounds heavier. The interior is what you would expect it to be. A classic retro style with all of the modern connections. One thing that stands out more than anything else is neither of the cars has a windshield. Ferrari says their “virtual” windshield is actually a design element which deviates airflow away from the driver. 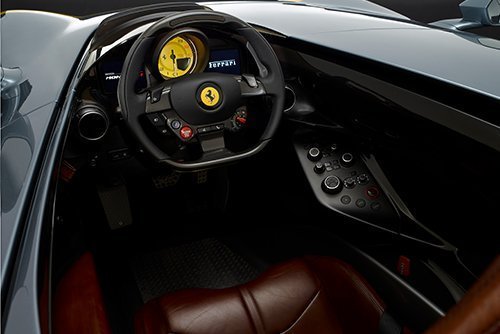 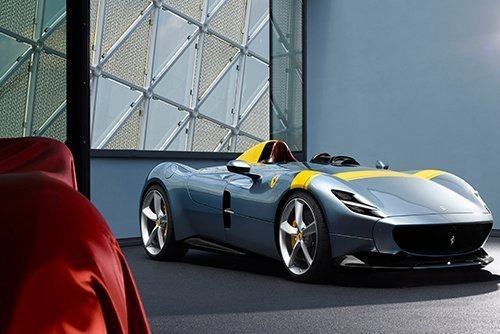 The Ferrari SP1 and SP2 are a solid start to the new Icona lineage the manufacturer is rolling out. The design harkens back to yesteryears when it comes to the look of racing speedsters. You could easily envision one of these cars being featured in an old racing-themed movie. Now, 500 buyers will have a chance to give a modern classic a spin on the track or road course with the power of a modern Ferrari V12 engine.